Home » Photography Tips » Your Guide to Marketing and Branding

Your Guide to Marketing and Branding

The word brand started when ranchers used hot irons to mark the hides of their cattle. I myself experienced this early on in life as our cattle brand for our family’s South Texas ranch was 76. The “76” symbolized the fact my older sisters, brother, and I were all born on the sixth or seventh of our birth month. Practically any rancher in the area new livestock branded with a 76 on the leg belonged to our family — brand recognition. 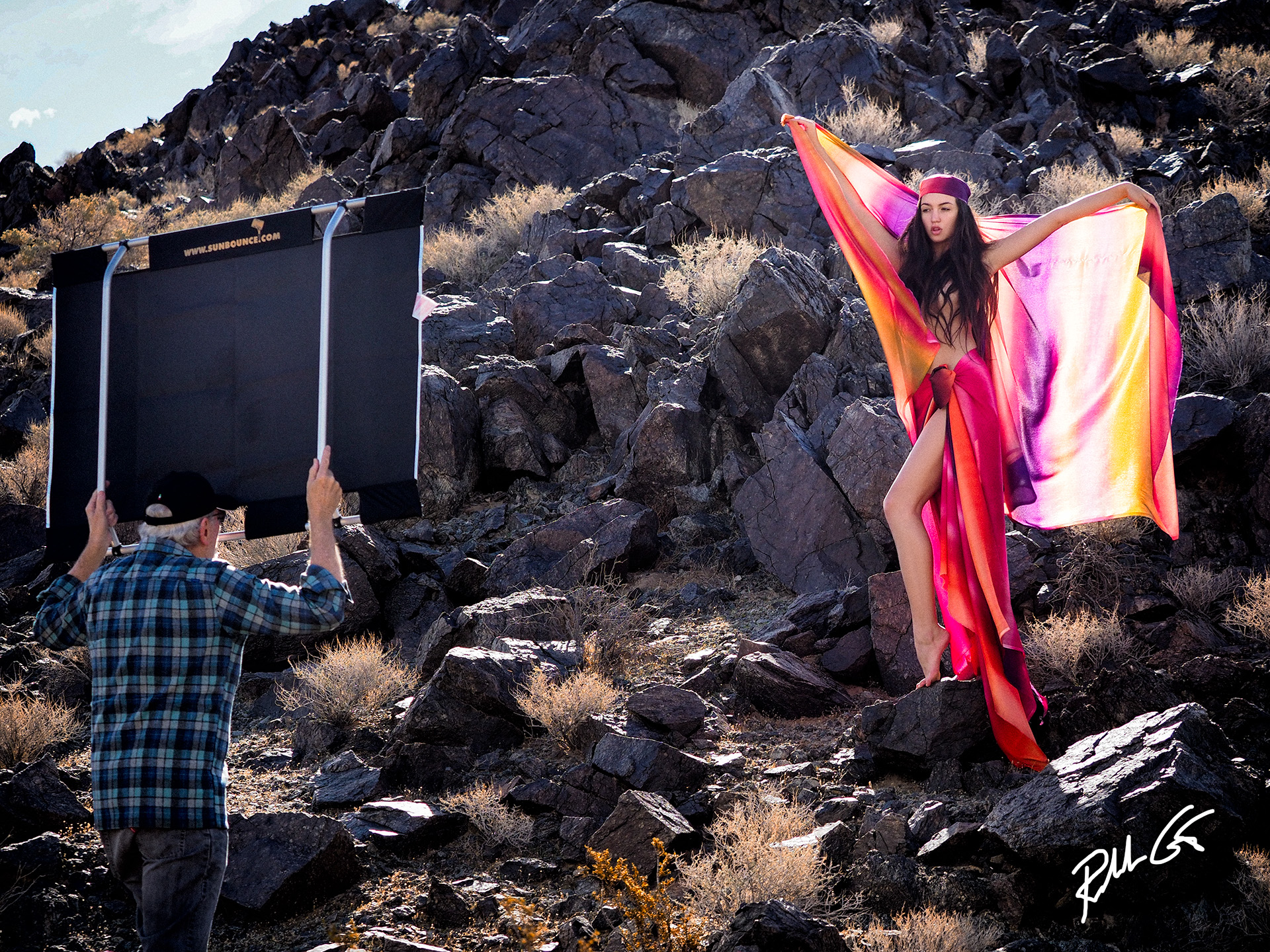 Notice how SUNBOUNCE includes their website on the SUNBOUNCE Mini photographer Michael Majewski holds to illuminate the model. Use your website URL as part of your marketing and branding strategy.

Brands, or branding of something specific, can bring such notoriety that the mere sight of a symbol, sound of a jingle, or vocalization of a slogan becomes buried in our memories. This form of brand success is known as brand awareness. Brand awareness also comes from great marketing strategies. When you hear “Where’s the beef?” most people think of Wendy’s hamburgers or when you hear “Like a rock,” most people think of Bob Segar and Chevrolet trucks. “Just do it,” and we think of Nike and obviously the Nike check mark is another successful brand awareness campaign that started from marketing.

We can create a brand with a logo, slogan or design, and then proceed to market that brand. However, effective marketing strategies lead to branding, especially in concepts. Even your own customers can create your brand or new brand for you, as did the customers of Federal Express who they themselves coined the phrase “Fedex.” 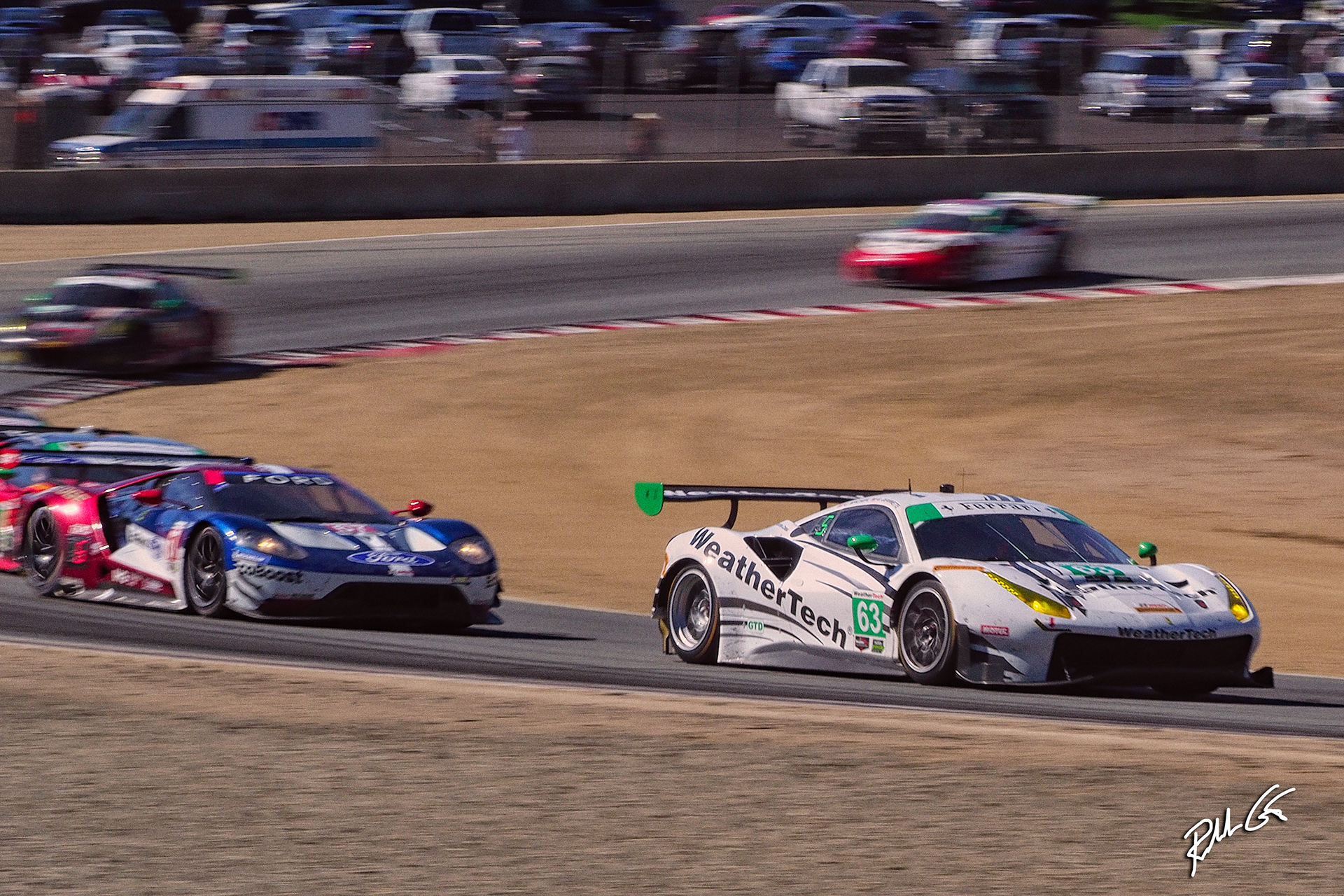 Part of any corporate branding and marketing strategy often includes sponsorship of large audience events as seen on these race cars.

Then there are times where consumer confidence or apathy can influence it further. A great example was Kentucky Fried Chicken took the public’s coining of KFC as a plus during a time when consumers were “anti-fried anything” when it came to health concerns. KFC hit the nail on the head, “get rid of the fried” in their company name. That action by KFC also changed the “brand identity,” which is how a brand is perceived. Usually, the brand owner controls the brand identity and the brand image is the perception of the brand by the customer.

Great marketing managers often attempt to bridge the two. Chevrolet’s “Like a Rock” marketing campaign gave the consumer the impression that Chevy trucks are built tough, like a rock, a play on Ford’s advertising campaign, “Built Ford Tough.”

Apple computers also ran an advertising campaign “Mac vs. PC.” This was smart in their part because consumers often confuse Microsoft Windows, which is an operating software system, with PC. Apple capitalized on this by indirectly attacking Microsoft Windows based on the public perception. PC is not Microsoft Windows, nor any “operating system software.” It stands for a “personal computer,” something all desktop and laptop computers are whether they’re made by Apple, Dell or any other computer manufacturer.

Microsoft is not known for manufacturing computers, only software. Apple indirectly tackled not only Microsoft, but also all personal computer manufacturers through public perception based on brand image — an amazing marketing strategy! 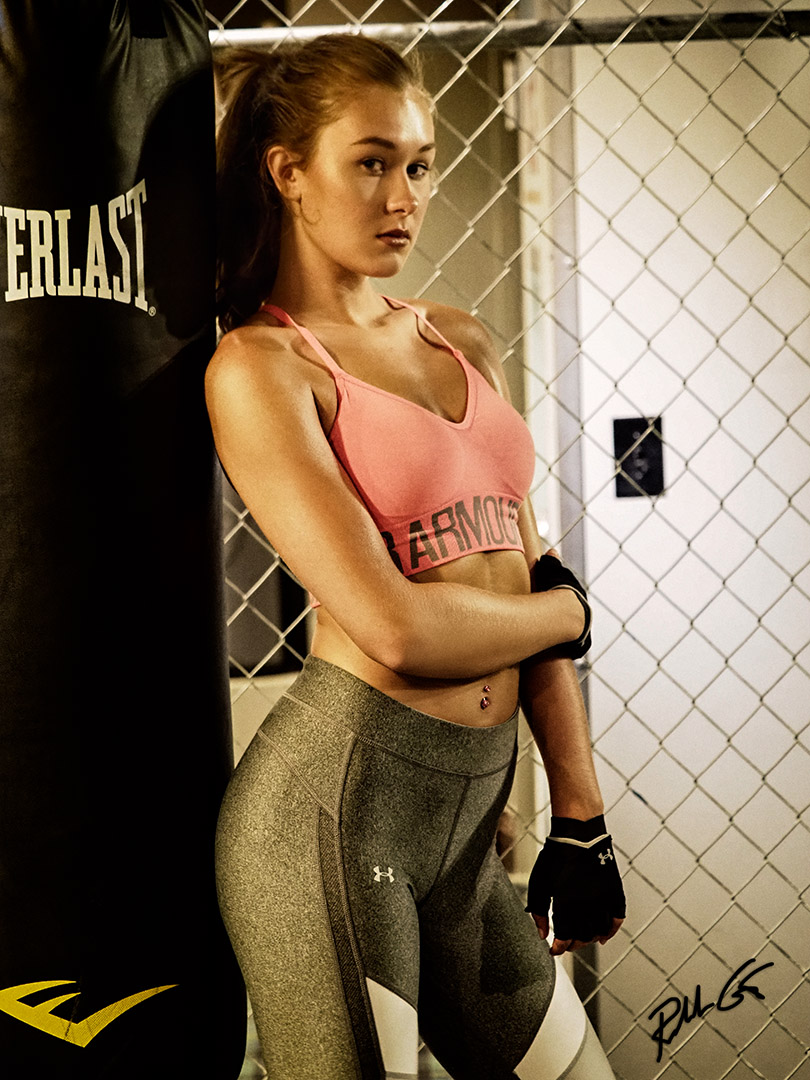 When “Body Armor” came up with their name brand it was a great marketing strategy to convey a perception that it protects your body.

Ironically, “a few good men” began in March of 1779 when then Capt. William Jones, a Marine, advertised the need for “a few good men” to enlist for duty in the Navy. The point is, people remember and associate brand identity to the brand image.

Hollywood movie makers, or perhaps the actual screenwriters, look for iconic lines that the public will grab. When someone hears, “Show me the money,” we associate that line to the movie Jerry McGuire with Tom Cruise. But Cruise didn’t make the initial statement in the movie, Cuba Gooding Jr. did, and he played Rod Tidwell not Jerry McGuire.

Other great quotes that lead to branding images for movies and not just the celebrities themselves, are, “Make my day,” by Clint Eastwood in Dirty Harry and “Say hello to my little friend,” by Al Pacino in the movie Scarface.

So, while some people will interpret the latter quotes to the actual movie and others to the actor, and some to both, another example of how the public controls brand image and not brand identity. But the public can confuse things too, even though the end result might become a positive brand image. In the movie Casablanca, it’s never said, “Play it again Sam,” the closest line is “You played it for her, you can play it for me…If she can stand it, I can. Play it!” Still another crowd created quote that provided a brand image was for the television show Star Trek, “Beam me up Scotty.” The actual quote in the show was, “Beam us up Scotty.”

Though no one can say Hollywood doesn’t listen to its fans, and this is a great point I want to illustrate. Listening to your fans is socially smart. In the case of Star Wars, Obi-Wan Kenobi never said, “May the force be with you.” He actually said, “Remember, the Force will be with you….”

The screenwriters obviously jumped on it for future Star Wars movies. “May the force be with you,” was later first said by General Dodonna in A New Hope and in the next scene by Hans Solo. Eventually Obi-Wan Kenobi says it in Attack of the Clones and Revenge of the Sith. Again, the point here applies to today’s social-media channels, or your social network, listen to your followers or fans. They themselves can come up with a great brand image that you might want to incorporate in your marketing strategy for a greater brand identity. 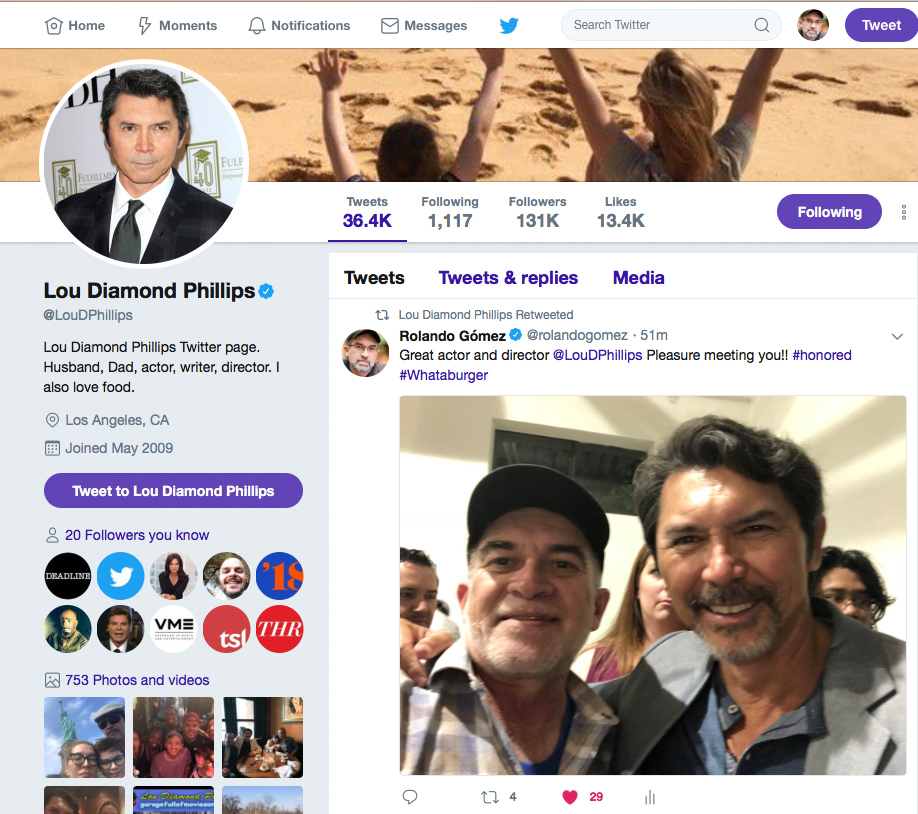 So, let’s talk marketing. There are marketing campaigns, strategy, research and more, but according to the American Marketing Association, marketing is “the activity, set of institutions, and processes for creating, communicating, delivering, and exchanging offerings that have value for customers, clients, partners, and society at large.“

Even trending topics, especially if they mention your brand, can give you a sense of customer loyalty, satisfaction or dissatisfaction instantly by observing tweets, retweets, favorites, mentions, comments, likes or lack of likes. This is instant marketing research, feedback that allows you to adjust immediately and accordingly to consumer confidence.

However, as some major corporations have learned, social-media channels can react the opposite. This happened to Nikon when they were promoting one of their new DSLR cameras that featured video capability. As soon as word leaked that parts of the actual video promoting their new product was shot by Norwegian photographer Terje Sorgjerd with a competing Canon DSLR, Nikon was forced into damage control. Sorgjerd posted a day later on his Facebook that Nikon had apologized and corrected the situation to his satisfaction.

It’s not just big companies making mistakes that are amplified via social media channels. Individuals do it too, but most go unnoticed because most aren’t public figures like politicians and celebrities. Though the latter group is notorious for making blunders. Perhaps this is a great indicator that they themselves are actually maintaining their social media accounts and not necessarily their publicist or a staff member. 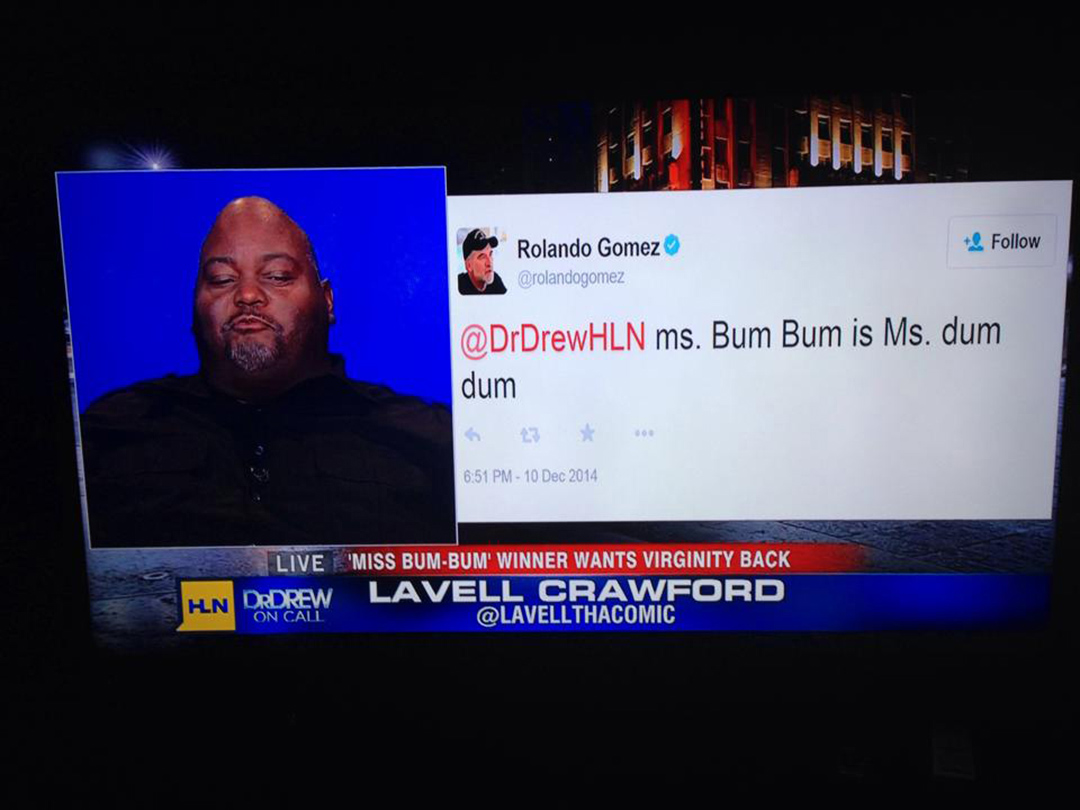 Anytime a TV program or news asks for feedback, don’t hesitate to tweet to them directly, as I did here and was instantly featured to millions of viewers on CNN.

A big blunder occurred when actor Charlie Sheen tweeted out his personal cell phone number to Justin Bieber. Sheen assumed he had sent it via a private direct message but instead posted it publicly. Sheen was forced to change his number, but let this lesson learned make you aware that sensitive information is better communicated by other means than social media channels.

One thing is for certain, Sheen tweeted this out himself and while it was his personal Twitter account, many corporations entrust their employees, and this can haunt your company if there are no strict guidelines or policies. This is the negative power of social media channels and it’s also why you must have a master plan, and if you’re a company, then you must keep corporate social media policies in place, enforced and revisited with refresher training. 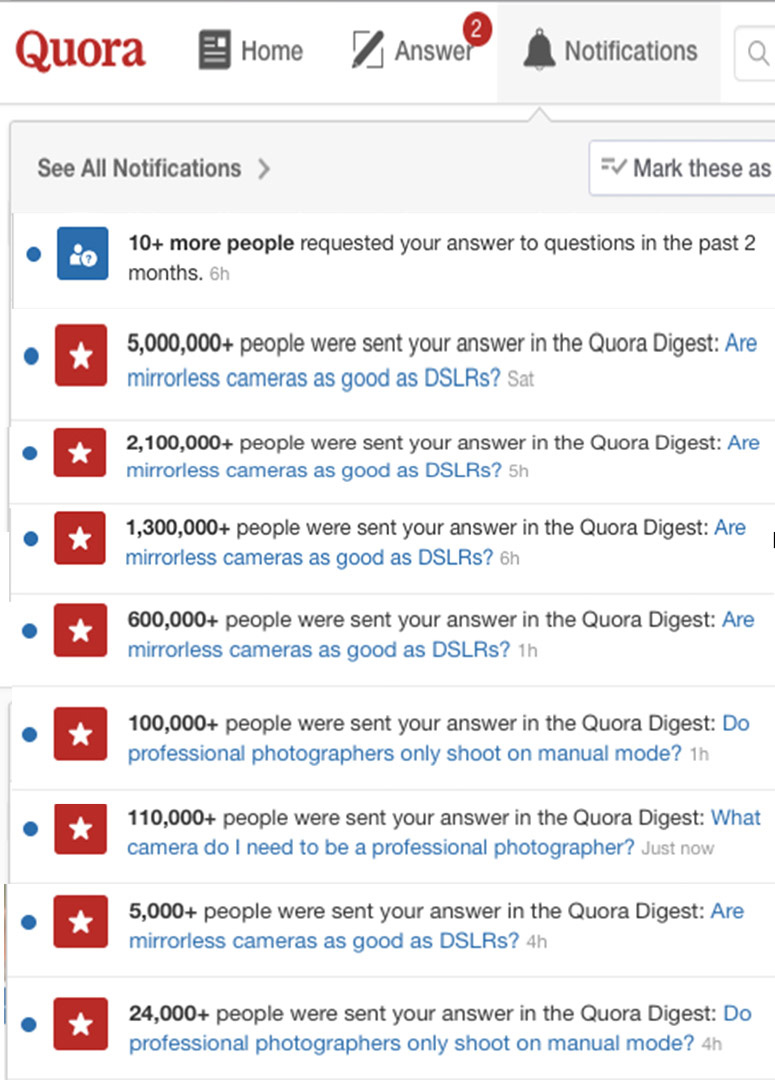 Write for blogs or answer questions on websites like Quora, they will push your answers to millions of potential viewers.

It’s this engagement with your followers that is a mandatory ingredient for any brand’s marketing strategy. This is a form of building relationships with your audience. Market relationship building is a part of any social networking goal that not only helps to gain followers, but to keep them too. Long-term, loyal fans are extremely important to any social network. Loyalty breeds brand identity. Celebrities know this, and they knew the power of “social engagement,” way before the Internet.

My advice to any marketing manager, monitor celebrities, though choose them carefully, study how they advance their brand, their marketing strategies for new movie releases, new television shows, appearances, music releases, etc. Most have publicists who are experts at keeping them in front of the public. In fact, I look at a celebrity publicist as a public relations expert and brand manager that understands the power of marketing in various venues.

However, don’t confuse social marketing with societal marketing. Marketing socially to society is about being a good corporate citizen and to assist with society’s concerns. Delta Airlines proved this with an amazing breast cancer awareness campaign not only for its customers, but for its employees. Societal marketing will often consider the impact on society while still trying to meet the company’s goals and the consumers’ wants or needs.

So, whether your brand is 76, a check mark or you’ve got milk, please know it’s important to listen and engage within your own social network. We can learn from our social network as long as we understand it’s not just a marketing vehicle, it’s a tool that brings us closer to our followers — and without the people, without those fans, we have nothing, just ask any celebrity.

Rolando Gomez is a professional photographer and author of five photography books that has traveled to 45 countries for assignments. The former soldier and U.S. Army combat photographer has taught hundreds of photography workshops for almost two decades. A 2016, 2017 and 2018 Top Writer for Quora, his partial credits include Newsweek, Parade, Playboy, Rangefinder, Maxim, Rangefinder, New York Times, Stars & Stripes, and various other publications.
(Visited 179 times, 1 visits today)