It’s About Ability, Not Inability. I’ve taught many photography workshops for almost two decades now and I constantly see many photographers get caught up in their gear. Contrary to all the marketing hype that slaps consumers in the face on a daily basis, it’s not the equipment that makes the photographer. It’s a photographer’s strengths and weaknesses—their abilities and inabilities. Sure, some equipment can make the capture of an image easier, but it still relies on you for execution in the end. 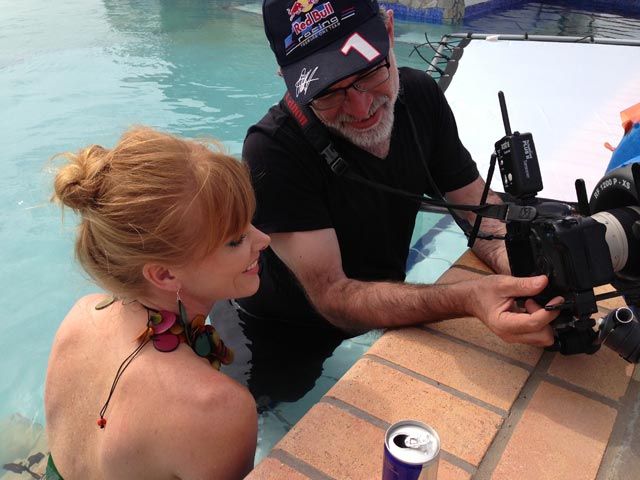 As a personal example, when Nike Air Jordan shoes were first introduced, I bought a pair. Great shoes! Stopped my knees from hurting back when I ran 25 miles per week as an active-duty, U.S. Army soldier. In fact, I’m pretty good at shooting baskets, but at 5-foot 8-inches tall, I still can’t dunk on an NBA regulation goal nor would any NBA team consider me for contract—at least not as a player. 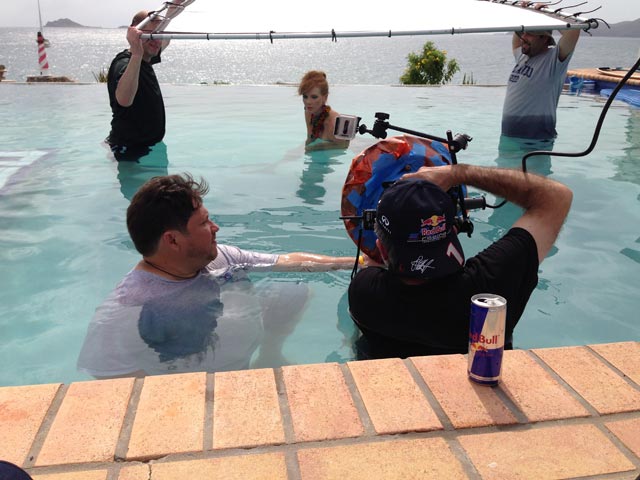 Notice the SUNBOUNCE 8-foot by 8-foot scrim being held by members of my happy team. Do not attempt this type of shot unless you are a qualified professional.

While I love basketball, I do know at the end of every NBA game, there is a team of winners and a group of millionaire losers. Which leads me to another point, no matter how much money you make and how much “top gear” you own, it still doesn’t make you a winner at what you do.

So, you see, even if you think you have everything, equipment, financial ability, and experience, not to mention talent, it doesn’t mean you’ll reach every goal. Even millionaire NBA basketball players miss shots and as with shooting baskets, shooting photos has a failure rate too, even for professionals.

Photographers miss great shots, even when it’s all there. But if you want to improve your photography or become great in photography, you still have to take the shots, even if it’s just for practice. All professional sports teams practice between games. Practice doesn’t make perfect, practice builds proficiency in what you do, so as Nike says, “Just do it!”

You’ve got to have the right equipment for the intended goal, which hopefully is to create the best possible photos with what you have on hand. It’s not about using the best and most expensive camera equipment money can buy, it’s about knowing how to use that equipment properly, before you even unpack it from its protective cases.

Possessing equipment is just part of the game plan. You need your stars too, however, great photographs aren’t guaranteed just because you have the best make-up artist on hand and the greatest model in front of your camera. Your team has to respect you and respect, along with rapport, starts with great communication skills on your part, both verbal and non-verbal. It’s about having your subject confident so you can photograph “the look” a relaxed face provides. Without the face, you have nothing.

Like the Army teaches all its leaders, bad morale amongst the troops is a recipe for failure. Feed them good, respect them, talk to them, not at them, and trust in their abilities. Again, treat your team players better than you treat yourself. There are times you must recognize you are the water boy, as well as the times you’re the coach. And whatever you do, don’t act like a CEO or general manager. In fact, most people don’t even know the name of the “GM” of their favorite NBA basketball team.

As an example, last November while conducting a “high-end” photography workshop in the Virgin Islands, we stayed in a beautiful mansion in the Botany Bay area. I put all the models and attending workshop photographers in nice rooms—I slept on the couch. Though many offered me their rooms, I refused and put them first.

This was a luxury property that cost almost $9,000 to rent for the week. The couch did the job, I got my sleep, but my customers and team got the comfort. I could’ve just as easily asked my models or my make-up artist to sleep on the couch, and they would have, though it would’ve impacted their morale. I’ve seen so many photographers fail, not because of their abilities to use their photography gear, but at their inability to deal with people. People skills are just as important as the camera—if you lack them, you have nothing in the end except mediocre photos.

Rolando Gomez is a professional photographer and author of five photography books that has traveled to 45 countries for assignments. The former soldier and U.S. Army combat photographer has taught hundreds of photography workshops for almost two decades. A 2016 and 2017 Top Writer for Quora, his partial credits include Newsweek, Parade, Playboy, Rangefinder, Maxim, Rangefinder, New York Times, Stars & Stripes, and various other publications. You can find more of his work on AmericanoDream.com.
(Visited 4,061 times, 1 visits today)