Great Posing Tip. Often when you hear a photographer talk about a triangle in photography, they are referencing the correlation of exposure, or how the ISO, lens aperture and camera shutter-speed affect one another to create the correct exposure in a photograph. However, the word “triangle” in photography also applies to posing, specifically the great “three triangle” pose for a single subject, and the triangles formed in posing groups of people. 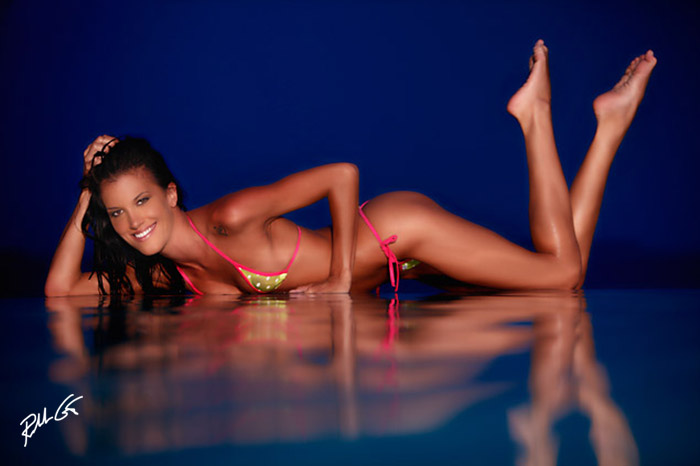 When posing a single model, three triangles are often seen when a model is standing tall, her body facing the camera, and the legs are close together forming a triangle from the base of the feet to where the knees meet, then from where the knees meet to mid-thigh, then mid-thigh to the bottom of the torso. This is often seen when a beauty pageant contestant stops and faces the judges on the runway too. However as in this photograph of Tess, you can use the arms and legs to form three triangles in the sitting position. 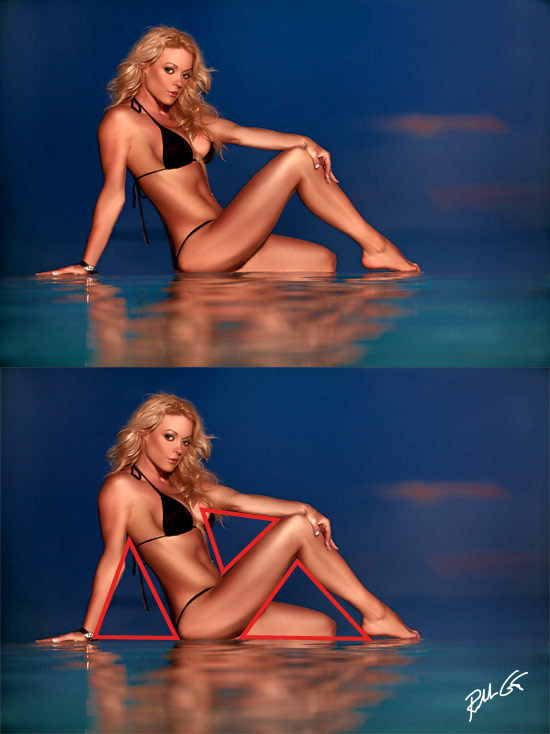 If you look closely, the body itself forms one large triangle and the points of the triangle touch the points formed by the “rule of thirds” used for proper composition and framing.

When photographing groups of people, great wedding photographers tend to space the front row so the people in the back row are directly behind each side of the person’s shoulder joint in front of them, thus ensuring that each person’s head forms, from each row, points in the triangle in groups of two or more rows of people. Portrait photographers also utilize this technique when photographing families of three or more. 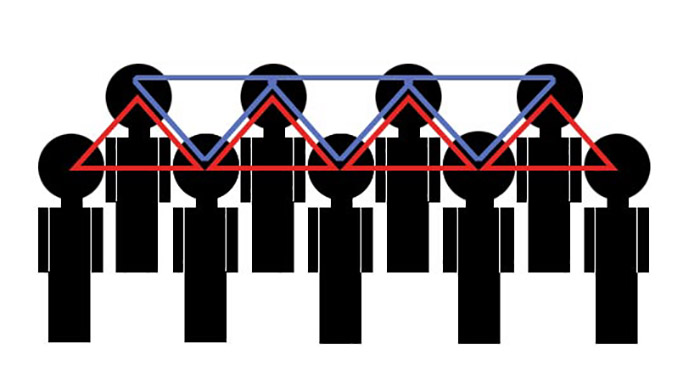 When posing groups of people, form two rows and position your subjects so they form imaginary triangles with their head position.

Look at your subject as a geometric plane and do your best to stay parallel to your subject to prevent distortion of the body. Bill Hurter, former editor of Rangefinder magazine states it best in his book, The Portrait Photographer’s Guide To Posing (Amherst 20004), “The triangle is one of the most pleasing and dynamic forms in all of photography. Because the triangle is a series of three lines, two of which are diagonal, it has the result of providing direction and visual movement in a portrait. Creating triangles and exploiting natural triangles in posing is one of the most basic skills of a good composition.” 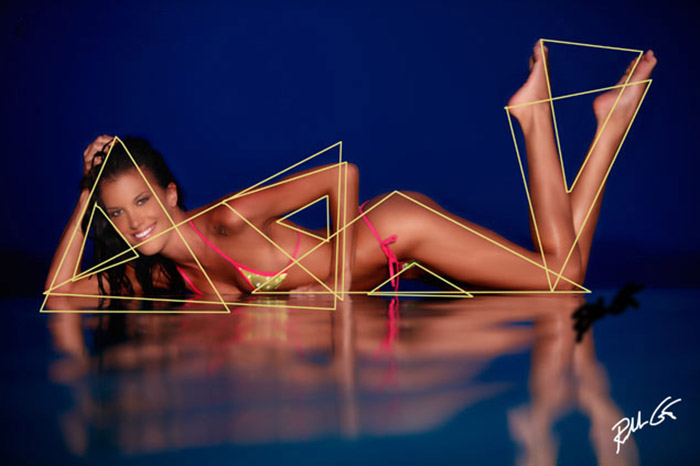 Candice’s pose in this images forms at least nine triangles. Geometric shapes in posing are very beneficial for effect photographs.

Finding and capturing triangles in posing is more difficult for photographers because we must direct our subjects in posing, however if we can focus on that direction through proper communication, it gives us the ability to move one step higher toward the top of the pyramid of photographers and our subjects will be pleased with the results.

Rolando Gomez is a professional photographer and author of five photography books that has traveled to 45 countries for assignments. The former soldier and U.S. Army combat photographer has taught hundreds of photography workshops for almost two decades. A 2016 and 2017 Top Writer for Quora, his partial credits include Newsweek, Parade, Playboy, Rangefinder, Maxim, Rangefinder, New York Times, Stars & Stripes, and various other publications. You can find more of his work on AmericanoDream.com.
(Visited 2,054 times, 1 visits today)