You often hear about percentages, sometimes in statistics, like 75-percent of all statistics are made up, which often leaves you wondering about the accuracy of such numbers, but when it comes to photography, one percentage that is accurate is the 90-percent rule of lighting. It’s not just a rule, it’s a fundamental and principal of photography every photographer should comprehend, after all, lighting is the lifeblood of an image and without light, there are no photos. 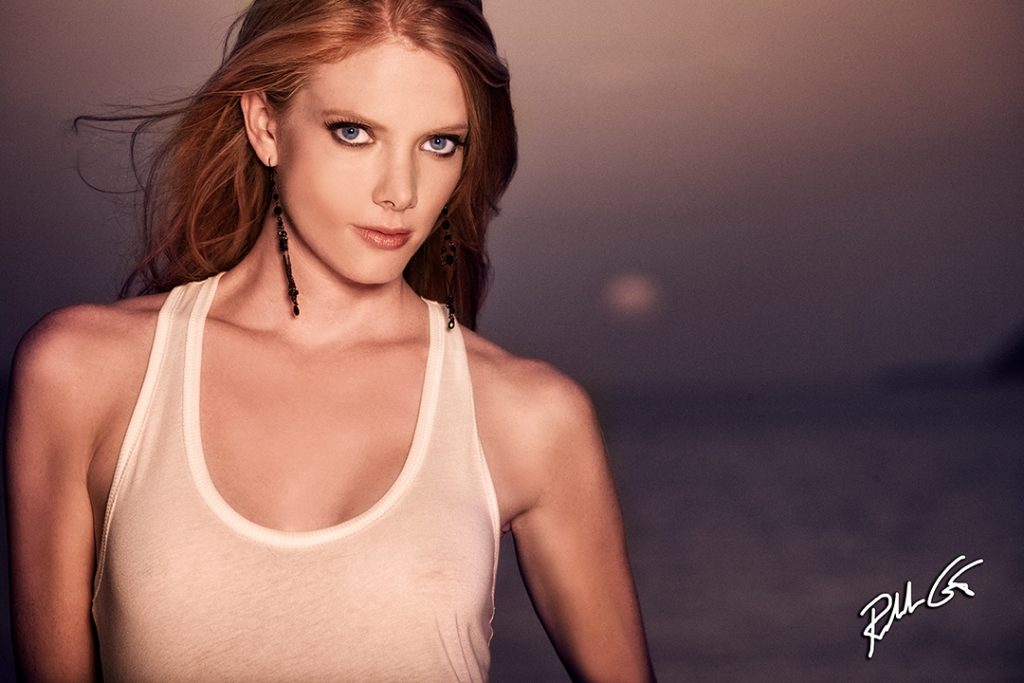 It’s easier to photograph a model with a light skin complexion in a light top due to the 90-percent rule of lighting in photography.

However, a photographer must comprehend that not all black or whites are pure, though many are close. So, to use the 90-percent rule effectively, a photographer must learn to judge shades of gray, or all the tones and mid-tones between pure white and pure black. In photography, black and white and the shades in between are not colors, they are tones and some tones are more reflective than others. The darker the tone, the greater the light it absorbs and the less it reflects, the lighter the tone, the greater the light it reflects and the less it absorbs. 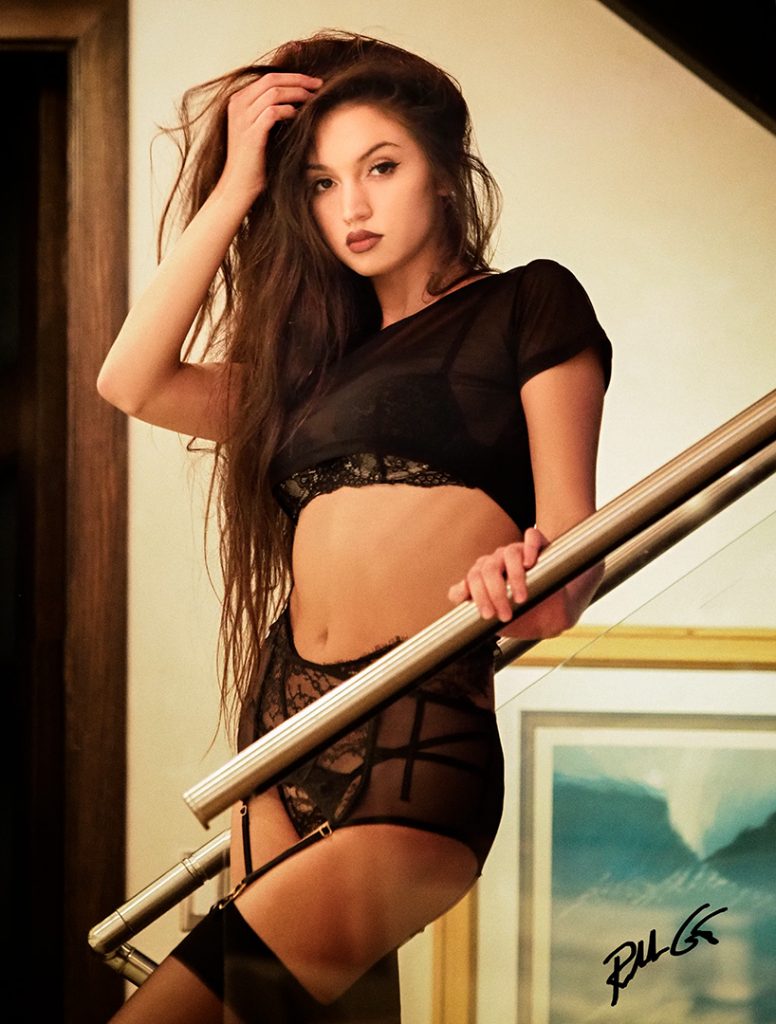 With dark haired models it’s best to use light backgrounds for separation.

You can apply this when metering your subject that is illuminated by artificial light. If we build a set, then meter it and the result is f/8 off the flash meter, that would be the actual aperture we’d use to properly expose the set, however, throw in a model/subject in the set and now you’ll have to consider her skin tone because as photographers we should expose for our subject, not the set. Is the subject darker than middle gray? Is our subject lighter? How much darker or lighter? These are things a photographer must take into consideration to adjust their exposure.

Now many will argue about the accuracy of the meter based on 18-percent gray, a middle tone is all that is needed, but in reality, when you take the 90-percent rule into account, it’s only true for the scene, not the subject. The flash meter is measuring the light falling on the subject, incident light, not the reflected light the digital camera’s sensor will capture from the subject’s actual skin that is reflected light. Learning to judge how much light a model’s skin will reflect takes skill, but the easiest solution is to stop down 1/3 of an f/stop for lighter than average skin tones and to open up 1/3 of an f/stop for darker than average skin tones.

Think of your incidental flash meter as starting point based on 18-percent gray, similar to the meter in your digital cameras, DSLR’s or mirrorless. The tone of 18-percent gray is close to the average gray of street asphalt, not black top, found on most highways and parking lots. I’ve worked as a photographer/photojournalist in 45 countries, photographed tens of thousands of people and I still haven’t seen anyone with asphalt gray skin tone. 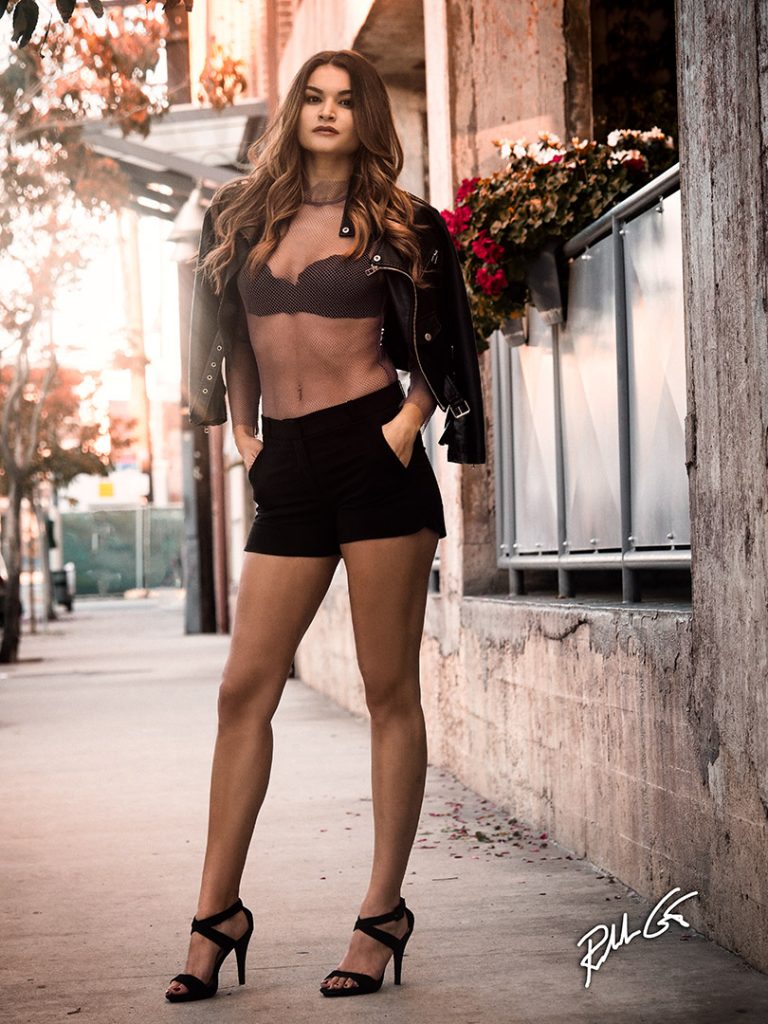 Again, with darker hair, it’s best to use light backgrounds for separation.

Since we see in three-dimensions, any additional dimension illusions we create through lighting will provide for a more effective photograph. In the above situation, I painted a dark subject against a dark background, or a low-key scenario, though the 90-percent rule applies just as equally when a photographer is faced with a model dressed in white posed in front of a white background, or a high-key set.

Whether it’s a low-key or high-key scenario with matching backgrounds and subjects, if a photographer understands the 90-percent rule of lighting in photography, the resulting image will reflect this grasp of knowledge and lead to a better-quality image.

The same happens with black on black, a photographer simply has to place the SUNBOUNCE PRO’s with the white side of the fabric on each side of the subject so the reflected light from the white will have the edge-building effect on the subject’s clothing. It’s all about separation through absorption and reflection based on the 90-percent rule of lighting in photography.

When using these white and black fabric screens place them parallel and close to the sides of the subject without physically entering the camera image frame. This method works great when you have two SUNBOUNCE PRO reflectors.

Now this technique is not limited to high-key and low-key studio scenarios, let’s take the hair color of a model as an example. If your model is platinum blonde haired, with dark, tanned skin, her hair will obviously reflect more light than her body. The human eye is forgiving, so we don’t notice the difference, but the camera is not forgiving, it only captures reflected light accurately based on our camera settings. Thus, the potential for blown-out highlights, the hair in this case, is highly probable.

Obviously, we’re exposing for her skin so this will cause the hair to overexpose, though the solution is simple, have an assistant hold or place black foam core cards, again out of camera frame, around her head to reflect black tone back into her hair. You can do the same with the SUNBOUNCE SUN-STRIPS with black fabric screens close to your subject’s hair.

In summary, as a photographer, knowing that the 90-percent rule of lighting in photography is not a made-up statistic but an accurate number, plus understanding how it impacts every element in a photograph, can make our photography great and not mediocre.

Rolando Gomez is a professional photographer and author of five photography books that has traveled to 45 countries for assignments. The former soldier and U.S. Army combat photographer has taught hundreds of photography workshops for almost two decades. A 2016, 2017 and 2018 Top Writer for Quora, his partial credits include Newsweek, Parade, Playboy, Rangefinder, Maxim, Rangefinder, New York Times, Stars & Stripes, and various other publications.
(Visited 1,947 times, 1 visits today)