Home » Photography Tips » The Photo That Bounced Me

The Photo That Bounced Me

Over the decades I’ve had photo industry manufacturers and vendors offer me sponsorships and product support in exchange for my endorsement at my workshops, articles, seminars, books, and any world stage to include social media and the Internet. When I’m approached for such endorsements, I have one simple rule, “Your products or services must be effective with my style of photography and they must be of high-quality.”

Though on occasion, I’ve sought out a product or service that I wanted to use and SUNBOUNCE was one of those manufacturers of photography gear that I reached out to. This happened because another professional photographer showed me his SUNBOUNCE gear in the summer of 2003, and I fell in love with their products. 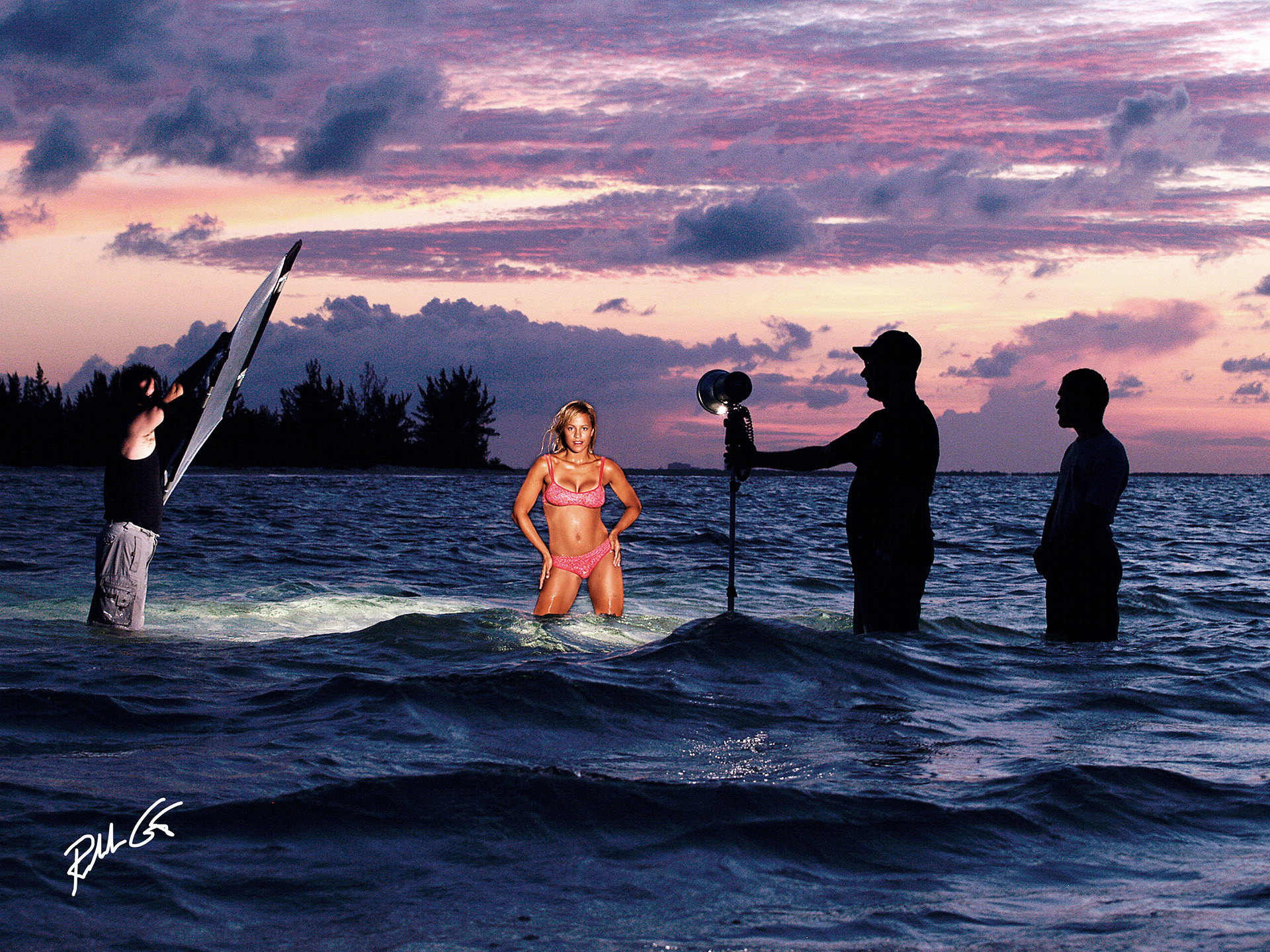 This is considered one of my most iconic photos captured in Cozumel while scouting locations.

So, in 2004, I contacted SUNBOUNCE for their support for an exotic photography workshop I’d conduct later that year in Cozumel, Mexico. The creator, owner and Managing Director, Wolfgang-Peter Geller, agreed to provide support, however, there was one caveat, I had to create professional photographs with their products. A cautious and wise Geller minimally supported me initially and made it clear any future support relied on my ability to produce satisfactory results that met professional standards.

Geller knew the quality and power of his products and would accept nothing less. As the World Press Photo Award winner in 1971 and the thousands upon thousands of covers for the Harlequin Romance books series he had captured, he understands great photography when he sees it. His other accolades includes clients like Stern magazine, Kodak, AGFA, Zeiss, Bayer and Polaroid to name a few and were credentials that other photographers and I envied and admired.

In fact, Geller invented the SUNBOUNCE system while on assignment in California for AGFA and named it the California Sunbounce system before the name evolved into just SUNBOUNCE. You can read more of that story here at this link, but the bottom line, SUNBOUNCE is a system developed for photographers and cinemaphotographers by an award-winning photographer — Wolfgang Peter Geller.

As a disclaimer, SUNBOUNCE has supported and compensated me since then for my use and endorsement of their equipment, but as mentioned before, that’s because their products are effective for my style of photography and are of high quality. That said, if I didn’t believe in SUNBOUNCE products, I would’ve never reached out to Geller, nor would I write photography tips for the SUNBOUNCE photography blog. 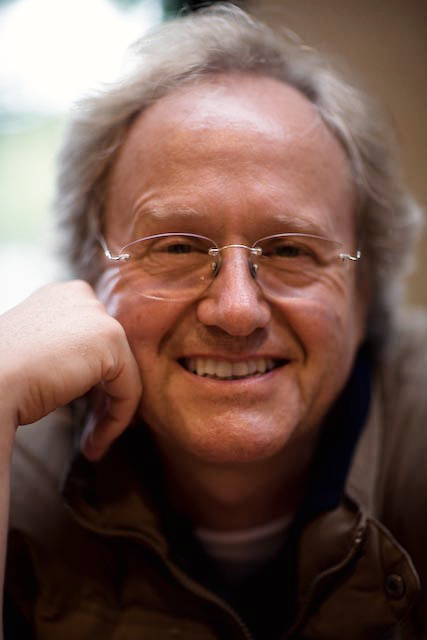 Geller expects nothing but the best from the selection of the raw products used to manufacture his products down to the quality of light SUNBOUNCE products deliver on set to photographers around the world. He also expected nothing less from my photography, so I was determined to meet his expectations and that resulted in the primary photo in this photography tip.

That sunset photo captured in Cozumel came about as we scouted the workshop locations and it caught his attention plus the attention of others to include my first book contract from a major publisher. The photo along with others photos taken on that first trip to Cozumel were later used in photography magazine articles around the world to include a magazine cover. While the magazine cover was created with bounced flash into a SUNBOUNCE MINI, ironically it was that behind the scenes photo which became my most iconic photo from that trip.

The Story Behind the Photo

In early 2004, I was asked by an individual to visit Cozumel for a possible photography workshop location, so I agreed and placed an advertisement in an online photography forum for two photo assistants. I had many apply, but ultimately, I chose, Luis Z. and Henry W. as the best qualified. Luis, a school teacher fluent in Spanish, showed great enthusiasm and professionalism, as did Henry, a Fire Marshall, so off we went to Mexico for two days to scout the location and photograph a few local models.

On the first day we scouted and captured a few images, but on the second day, we took a 45-minute boat ride to a remote island off the coast, more like an oversized sandbar with beach and brush. The small boat’s engine smoked the whole journey, and it made me think to myself, “Would we get stranded in the vast sea?”

Somehow, Luis, Henry, the boat owner, two models, our host, a make-up artist and I made it — no wonder the boat smoked the entire way. Once there, we fought off gigantic horse flies that would bite, and it was painful. As any mid-summer day in June, it was hot, but we had an 8- by 8-foot SUNBOUNCE SUN-SCRIM to compensate for the harshness of the bright open sky.

We also had our SUNBOUNCE  sandbags — portable, you fill them up with sand on location and their purpose was to secure the heavy-duty light stands that would support the scrim. Though soon after my assistants had assembled the scrim and started to fill the sand bags, we realized the stands were still in the van back on the other side of the ocean.

I took command and told Luis and Henry, “Guess what fellas, you’re going to have to handhold that scrim above the model while I shoot.”  The model not in front of my camera would hold my SUNBOUNCE PRO reflector to illuminate my subject. Our guide was preoccupied with the fact he forgot lunch as the make-up artist touched up the model’s face from the sweat of the hot day. The boat operator fiddled with the boat’s engine then caught some fish and cooked it for lunch.

At some point, I knew we had “it in the can” and the biting flies had some influence too, plus it was almost sunset, so I told everyone, “Pack up and let’s get in the boat away from the flies.” In dismay everyone asked, “What about the sunset?”  I said, “I’ve got an idea.”

While I’m no great swimmer, I knew the water was shallow, so I told everyone that I wanted something different. I didn’t want the typical girl in a bikini on the beach with the sun setting in the background, instead, I wanted the land in the background with enough sky, so the viewer would realize we were in the ocean away from land. 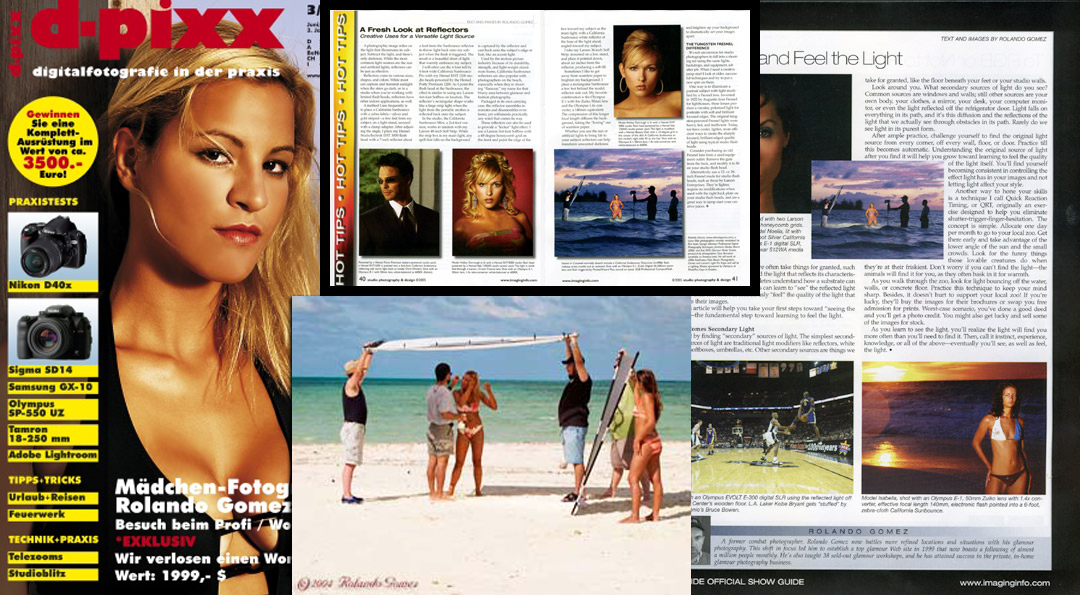 The iconic photo and others were published in various magazines, to include a cover for DPIX. Here are three of many magazines, plus the BTS photo of Henry and Louis holding the 8- by 8-foot SUNBOUNCE SUN-SCRIM on location.

Once out in the ocean, we searched for the right spot — albeit, we did it fast, as the sun doesn’t wait. Henry held the SUNBOUNCE reflector and Luis volunteered for the dangerous part, to hold a battery-operated light while he stood in salt water.  This is very dangerous as even though the light is battery operated, the capacitor for the flash builds up thousands of volts of electricity for the flash discharge, but we were careful. Never do this without strict safety precautions and procedures.

As I captured photos, the boat began to drift, so I worked fast and then realized I was too far from the boat, so I shifted to behind the scenes photos. Unfortunately, my wide-angle lens was in the boat, so I carefully walked away from everyone in the waves as the guide yelled, “Watch out for drop-offs!”

I took careful but rapid steps in the ocean, sometimes chest-high, and almost fell once, though I managed to gain my balance. I knew that with a long focal length lens, the background would enlarge and compress. Henry and Luis loved this part of the trip after holding that large scrim up high all day, the cool ocean waters soothed their sore legs. To this day, over 15-years later, Henry, Luis and I, still laugh about forgetting the light stands that day.

The key to capture a photo at sunset is to control the color saturation of the sky with your shutter speed without changing your aperture. This technique is known as “dragging your shutter.”

Disclaimer: Do not attempt such a photograph unless you are a professional with professional assistance, and you must take great precautions. It’s extremely dangerous to attempt this photo due to electrical hazards, plus ocean hazards like shelf drop-offs and sharks who love to feed at night and are attracted to electrical impulses. Always consult professionals and take every safety precaution.

Rolando Gomez is a professional photographer and author of five photography books that has traveled to 45 countries for assignments. The former soldier and U.S. Army combat photographer has taught hundreds of photography workshops for almost two decades. A 2016, 2017 and 2018 Top Writer for Quora, his partial credits include Newsweek, Parade, Playboy, Rangefinder, Maxim, Rangefinder, New York Times, Stars & Stripes, and various other publications.
(Visited 371 times, 1 visits today)