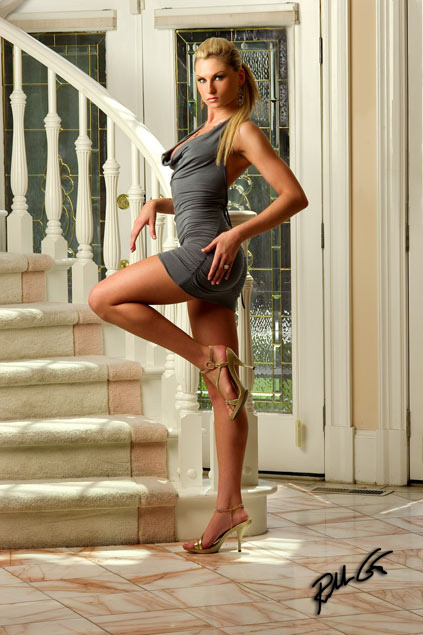 In this photo of Jesse, the staircase is composed of inherent lines. The actual staircase adds a leading line that brings you into the model.

There are many elements in photography that help create a successful photo, from the optional elements of lines, foreground choices, clothing, accessories, props, chiaroscuro and various forms of accent lighting on your subject.  Then there are required elements in photography, like the subject, light, exposure, pose and smile.  For this photography tip, however, I’m going to concentrate on lines as an optional photographic element that at times are crucial for creating images with impact.

First, we must understand there are three types of lines, implied, imaginary and inherent.  Sometimes photographers will use one, none or a combination of the three in a photograph, but ultimately, even if the lines themselves are created in the subject’s pose, lines bring subconscious interest in a photo from the viewer.

Implied lines are also imaginary, as they are not necessarily physically apparent in a photo and most are created by our minds through the perceptions we hold in our conscious.  As I’ve often said at my photography workshops, “If it’s meant to be bent, bend it,” when discussing posing, and this is a great example of how our subconscious follows the body to create these lines.  Have your subject put her hands in her hair, shoot a horizontal image where the elbow joints are cropped out, but the limbs are still evident, and you’ll find that our minds will ignore, the missing limbs, and connect the visible parts.

If you decide not to include the subject’s entire body in a photograph, this is an important consideration when deciding how to crop the image in the camera.  The rule is to never crop below a joint, as this will give your subject the “amputee” look.  The idea is to present your subject in what’s seen as a “normal” state.  For example, sometimes I’ll have the model bend her arms to form a horizontal frame around her head as she plays with her hair.  I will then crop the entire elbow joint out of the image.  This only works, however, if I still have the rest of the limbs in the image, as it creates an implied line of connection.

Imaginary lines, on the other hand, are neither implied nor perceived.  They are lines that make photos appealing to view and come in various shapes—the most common being the S-curve formed by the upper and lower torso, and my favorite, diagonals formed by the body, photographic lighting and shadows, hair, hats, clothing, or even props. Normally I’ll have my subject standing, leaning with her back up against a door frame, wall or car, then have feet further forward and photograph her from a profile view, but with her face turned to the camera.

In reality, if your subject’s head is in the upper left of the frame, her feet should be in the lower right, thus her natural body curves creates the S, while her position creates an imaginary diagonal from opposite corners of the frame.  This doorway is also a mixture of inherent lines. 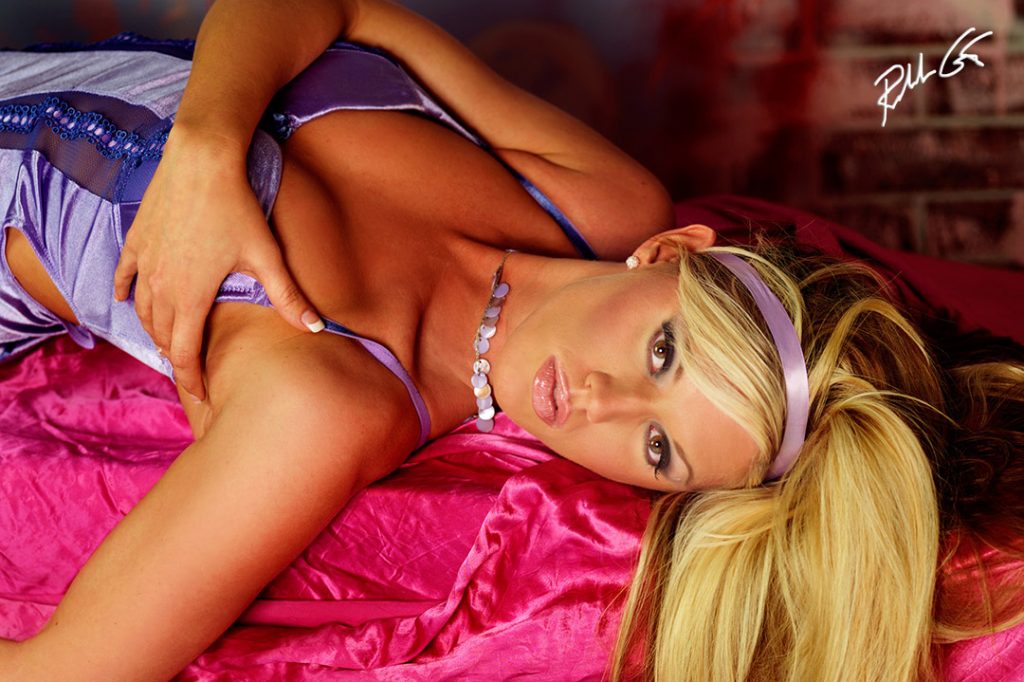 While both of Kayti’s elbows are cropped, our perceptions allow us to fill in the gaps.

Diagonal lines are the favorite of all the lines I try to incorporate in my photos.  I’ll create them with the limbs of the body, as elbows and knees should never be locked for an image.  I’ll also create diagonals with the subject’s face by having her bring her chin slightly toward her shoulder while keeping the top of her head at an opposite angle.  It’s not uncommon that I’ll tell my subject, “chin to shoulder” when helping them pose—also, if my subject doesn’t understand, I don’t touch, I demonstrate with my own hands and body. 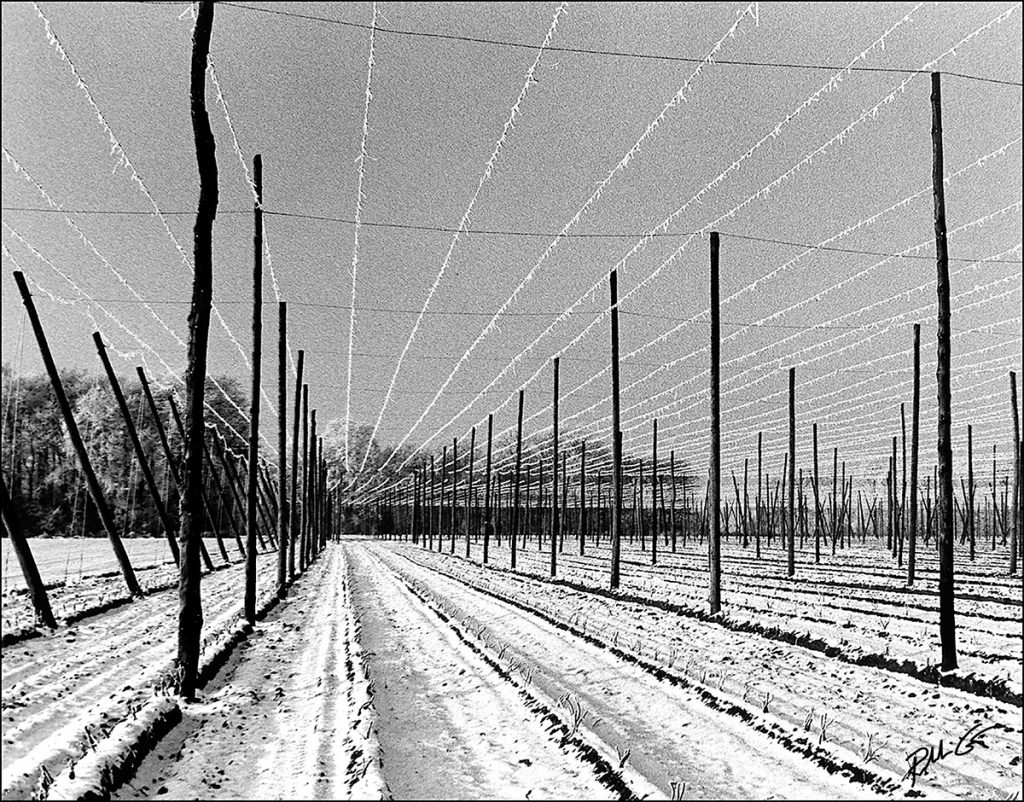 In this photo, you have inherent lines that lead you to the tree line. The leading lines, are also diagonal in direction.

Diagonal lines are very powerful, often leaving the viewer of the image subconsciously examining the subject again and again as their eyes run around and around the frame. The rule is that any line, imaginary, implied or inherent, that is tilted beyond one degree is a diagonal. Sometimes if you’re lucky, these diagonals can run from one corner of the photograph to another—even in their most subtle forms.

One of my favorite poses is to have the subject bend her legs or arms.  This automatically creates imaginary diagonal lines that are pleasing to the mind and eye.  The fundamental rule is simple, again, “If it’s meant to be bent, bend it.” You can find diagonals in many forms, as well—from the part of the hair, to the jewelry that dangles from your subject’s neck, to the neckline formed by the V shape of a blouse or dress.  A model with a V-shaped face has inherent diagonals that are formed by her cheekbones.

In the photo of the female ostrich below, I positioned myself so her beak would line up dead center in the image—notice that my focus is dead on the eyes.  This image breaks a fundamental rule in photography, the rule of thirds, which recommends that you never place your subject in the center of a photo, instead you place your subject where the intersecting lines, when you divide the image into thirds both horizontally and vertically, intersect or meet.  I’m able to break this rule because of the inherent lines of the metal fence.  If you remove the fence, this image would not be acceptable to a photo editor. 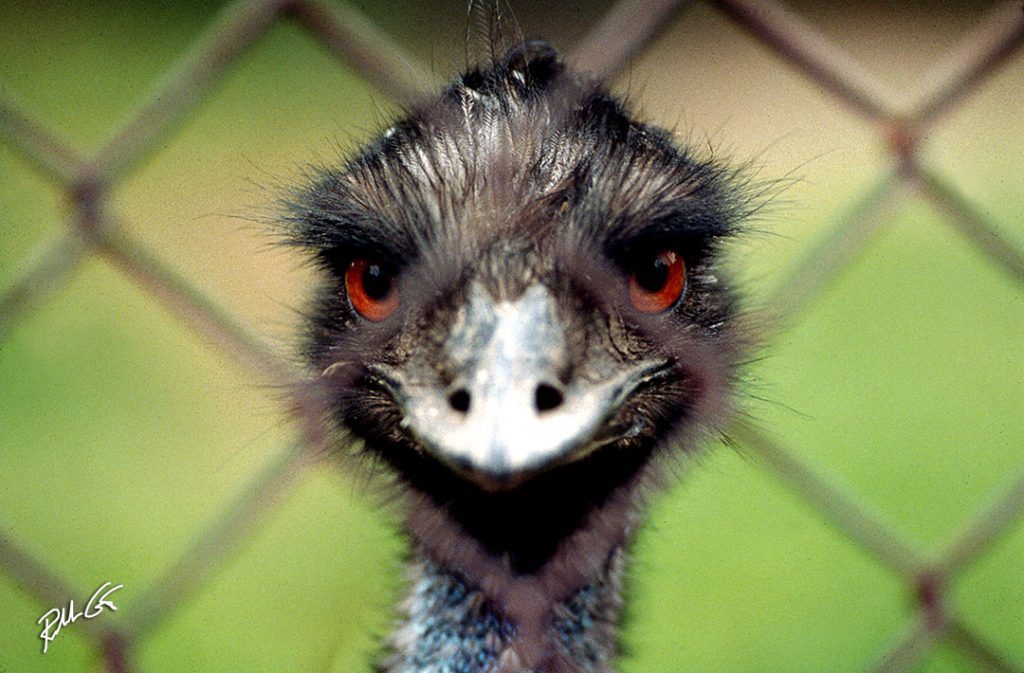 Here you have inherent lines in the fence that forms diagonals lines in the photo of this female ostrich. The eye-sockets form imaginary diagonals too.

All lines have the ability to lead you into your subject.  This is a photojournalistic term called leading lines. It’s a term used to describe a line (or group of lines) that draw your eye straight to the subject or the main attention of the photograph. Sometimes these lines connect directly to the subject, sometimes they are off to the side, parallel to the subject, or even behind the subject.

Rolando Gomez is a professional photographer and author of five photography books that has traveled to 45 countries for assignments. The former soldier and U.S. Army combat photographer has taught hundreds of photography workshops for almost two decades. A 2016, 2017 and 2018 Top Writer for Quora, his partial credits include Newsweek, Parade, Playboy, Rangefinder, Maxim, Rangefinder, New York Times, Stars & Stripes, and various other publications. You can find more of his work on AmericanoDream.com.
(Visited 997 times, 1 visits today)