A Physics Rule for Photographers. In physics, the Law of Reflection, aka The Angle of Incidence Equals the Angle of Reflection, states that the angle of incidence is equal to the angle of reflection. This tenet is fundamental to understand light and is summarized that if light strikes an object at angle A, it’s reflected in the opposite direction, also at angle A. This is similar to how a ball bounces off a brick wall. 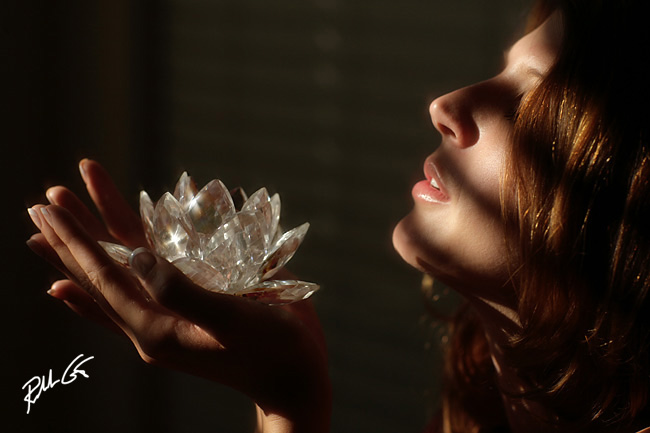 The highlights in the crystal flower are caused by the physics rule, “The angle of incidence is equal to the angle of reflection.”

In photography, the Law of Reflection is rarely discussed, instead, we hear more about the Inverse Square Law that states in physics, that a specified physical quantity or intensity is inversely proportional to the square of the distance from the source of that physical quantity. Sometimes we also hear of the 90-Percent Law of Reflectance that states, what is pure white reflects 90% of the light that strikes it and what is pure black, absorbs 90% of the light that strikes it. While these are indeed important physics’ laws of light, once understood, all three laws can help photographers improve their images they create in both artificial and natural light.

But today, let’s look specifically at the Law of Reflection. The easiest way to understand this law when you look at shiny floors illuminated by overhead lights. Next time you’re in a grocery store or a hospital, look down as you walk. You’ll notice hot spots of light on the floor and how they move with you as you walk. 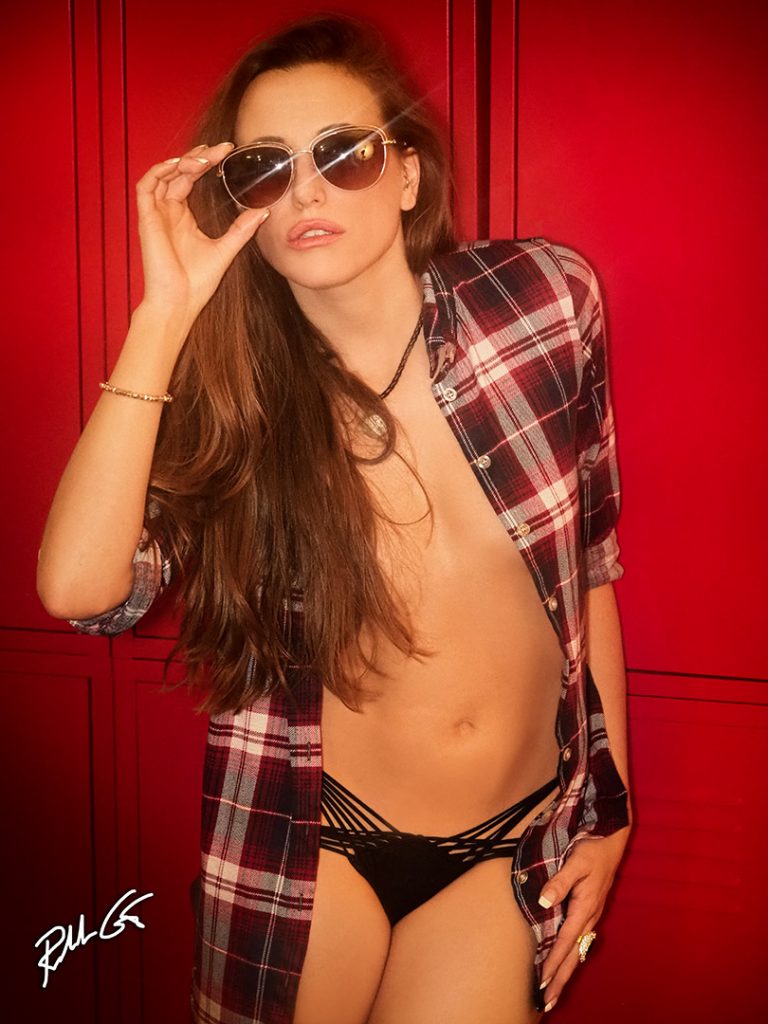 Photo of model glamour AnnaLisa at one of my recent photography workshops truly shows the Law of Reflectance.

These hot spots are the direct reflection of the overhead lights and they demonstrate the Law of Reflection. These equal angles of incidence and reflection can cause hot spots on your subjects too. Understanding this physics law will help you avoid hot spots on your subjects, whether you are photographing models, cars, food, or landscapes. In fact, managing these equal angles of reflection in your photographs also allows you to add or eliminate texture and color in your images.

As a photographer, never mark a treasure map “X” on the ground and stand there as you shoot, move around. You’ll benefit with greater photos when you move, vs. standing still. The Law of Reflection is what causes the red-eye effect that plagues ring flash users when shooting through the ring. When the camera’s lens is at the same angle to the subject as the flash, the reflection of light against blood vessels in the retina at the rear of the eye produces red-eye.

The easiest way to reduce red-eye is to brighten the room as this causes the subject’s pupils to contract, thus greatly reducing any reflection. However, this is reduction, not elimination. Total elimination of red-eye happens when you break the equal angles—simply done by removing the camera from the ring flash and if you’re not using a ring flash, any simple movement, either of the light or the lens, will break those equal angles.

The Law of Reflection is especially troublesome when glass or mirrors are present in the scene. The equal angles of incidence and reflection cause hot spots in glass and mirrors when using a flash. Again, the simple solution is to move the flash away from the camera so that the angles are not identical or for the photographer to shoot from another angle.

By moving the camera and light source(s) independently from one another you can use the Law of Reflection in your favor, almost like an added layer of makeup to smooth your subject’s skin. As you walk around your subject, you will notice that hot and washed out spots will appear and disappear based on the angle of reflection. You may also notice that your model’s face appears smoother from one angle and rougher from another angle, as the valleys of the pores are filled in with shadows. Through positioning your camera and light sources independently, you can eliminate hot spots and create the appearance of a smoother skin texture.

Because the vast majority of what we see is reflected light as opposed to incidental light, we as photographers live in an illuminated world. Without light, we would have no images to capture and humans would see nothing but perpetual darkness. Understanding the Law of Reflection will allow you to outshine your competitors and your photographs will utilize one of the fundamental laws of the universe that make your photos stand out from those created by your peers. Use the Law of Reflection to your advantage as well as the Inverse Square Law and the 90-Percent Law of Reflectance. At some point or another, all SUNBOUNCE products are based on these physics laws.

Rolando Gomez is a professional photographer and author of five photography books that has traveled to 45 countries for assignments. The former soldier and U.S. Army combat photographer has taught hundreds of photography workshops for almost two decades. A 2016, 2017 and 2018 Top Writer for Quora, his partial credits include Newsweek, Parade, Playboy, Rangefinder, Maxim, Rangefinder, New York Times, Stars & Stripes, and various other publications. You can find more of his work on AmericanoDream.com.
(Visited 1,449 times, 1 visits today)