Welcome to Sunbounce Pro, a website dedicated to the art of photography with California Sunbounce reflectors and tools designed for today’s photographer. As we expand, our goal is to provide the information and knowledge to help you better understand photography and the tools that make it easier for you to capture great photographs. Enjoy our blog, and please share with others for the betterment of photography. Thank you! 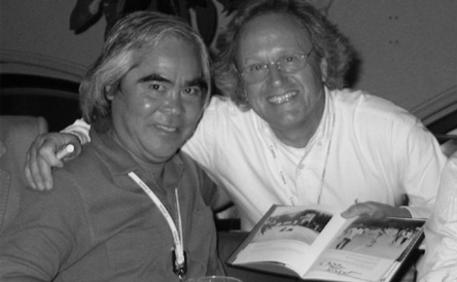 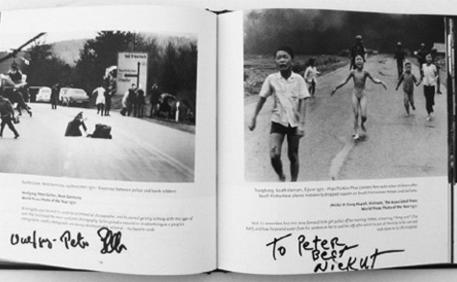 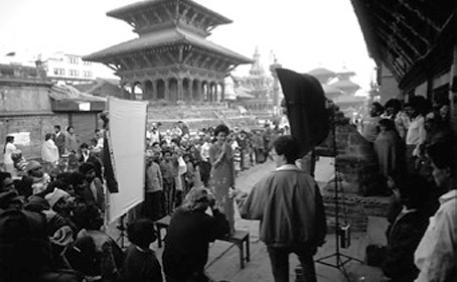 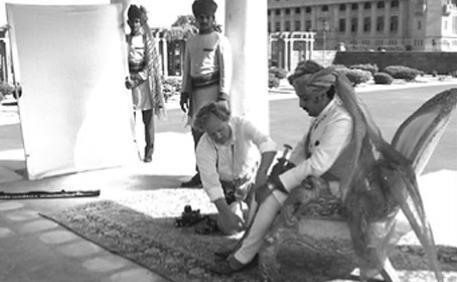 Wolfgang Peter Geller prepares the Maharaja of Jodpur, India, for a portrait. Notice the California Sunbounce reflector in the background.

Born in Hamburg, Germany in 1945, Wolfgang Peter Geller decided he’d make a little money while enrolled as a teenager in boarding school. He simply took portraits of young girls and actually developed the negatives himself. Without any strobe lighting, he masterminded the use of mirrors to reflect light onto his models.

Geller had dreams of becoming a famous lawyer, so after high school, he began to study law and would earn extra money through his photography talents. Soon he landed his first part-time job as a press photographer for the Hamburger ABENDBLATT (Hamburg Evening Paper) and STERN magazine. Apparently his press photos were so good that he earned more income for his photography than his fulltime colleagues.

Geller’s big break arrived while assigned to cover the breaking story of a bank robbery in the south of Germany, approximately 500 miles from his hometown of Hamburg. The photos from this assignment were published in many major magazines throughout the world. In 1971, Geller received the greatest award in press photography available, the World Press Photo Award for those photos. This prestigious honor launched Geller’s new career.

That turning point in Geller’s career allowed him to work out of his own photo studio in Hamburg for many major magazines and advertising agencies. Some of his clients then included Kodak, AGFA, Zeiss, Bayer and Polaroid. As time went on, Geller would photograph 10,000 covers for Harlequin Romance books. In the 15 years that followed, Geller traveled the world for his clients where he’d sleep at least two of every three nights in hotels.

A photographic assignment for AGFA sent Geller to Los Angeles along with three AGFA representatives, three Paris models, and a support crew of four personnel. Once there, they encountered severe weather that eventually turned to sunshine with gale force winds on the beach where Geller was scheduled to shoot.

Though the sunlight was beautiful, the equipment at the time made it impossible to capture images on the beach and the downtime became costly. The only alternatives were movie industry, heavy plywood sheets covered with reflective foil. This required additional professional staff plus the sheets were difficult to transport. 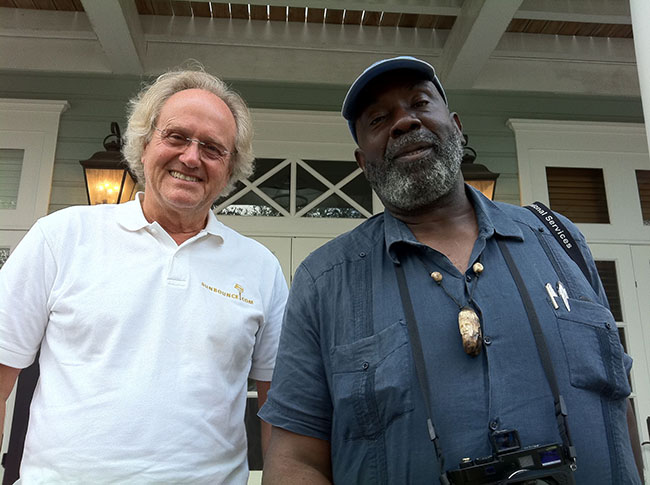 SUNBOUNCE™ – MADE IN GERMANY

SUNBOUNCE is the professional outfitter for the top photographers and all those that demand premium class light enhancers for their shootings. The company, based in Lüneburger Heide (Egestorf near Hamburg), was founded by Wolfgang-Peter Geller in 1999. The photo reporter, advertising, travel and fashion photographer received numerous awards, among others twice winning the World Press Photo Award.

Wolfgang-Peter Geller began his career, while studying law, as a freelancer for the newspaper Hamburger Abendblatt and the magazines STERN and Quick, among others. Subsequently, he worked all over the world for leading publishing houses and as commercial photographer, with his own large photo studio, for agencies and brand companies for example Agfa, Kodak, Zeiss, Polaroid and Bayer.

Wolfgang-Peter Geller first became active as entrepreneur after he had, during a shoot in California, developed a reflector that he later patented; and named CALIFORNIA SUNBOUNCE after its birthplace. The abundance of positive feedback from colleagues encouraged him to produce the system in ever increasing quantities and to market it. Today SUNBOUNCE is number one worldwide for professional foldable, three-dimensional light enhancers.

For every shooting situation the right accessories

SUNBOUNCE is the first completely foldable light enhancer system for photographers and filmmakers that is light as a feather, collapsible and very compact to transport. Its various components can be combined to handle every lighting situation and impressively extends the natural lighting possibilities for photographers and videographers. With SUNBOUNCE, for the first time ever, the photographer actively controls the sun instead of being controlled by it. No matter what time of the day or night, this system ropes in the existing light and modifies it so cleverly that every shoot is optimally lit. The reflectors, diffusers and light blockers shine through innovative, patented technology, first class workmanship (aluminum frames and the finest fabrics) and light weight as well as their high level of practicality. The SUNBOUNCE™ systems are handmade and manufactured in Lüneburger Heide on the outskirts of Hamburg. From there the worldwide sales and distribution to international distributors and certified trade partners takes place.

SUNBOUNCE has for many years been the darling of the world’s best photographers. If one asks why, one always gets the same answer: “The excellent products from SUNBOUNCE more than live up to what they promise.” And many add: “One can depend on them 100% – in all respects and even in the most extreme conditions.” No wonder really, then the “classic” as well as the latest product innovations were designed by a professional photographer; who during his many travels time after time had to find a way of dealing with the weather and knows how, in all lighting and weather conditions, to 100% meet the customers’ needs.

Dependable functionality and quality whatever the conditions and anytime, anywhere on earth, this is of the highest priority for SUNBOUNCE inventor Wolfgang-Peter Geller. That is why SUNBOUNCE manufactures almost all products using their own team in Germany. On the team are, in addition to the product specialists and service and support employees, around a dozen sewing machine professionals; some of who’ve been with the company for many years.