The only photography tip here is that we all need to recognize that photography dopamine addiction exists. It’s not about blame, it’s about reality. Interpret this how you wish, but it’s meant to help you understand why more selfies are captured per second than professional photography portraits are created per minute.

As a disclaimer: This is not medical advice, only information I’ve discovered and experienced plus my personal opinion. If you spot someone that suffers from this addiction, have them seek professional medical help immediately, you might just save their life. 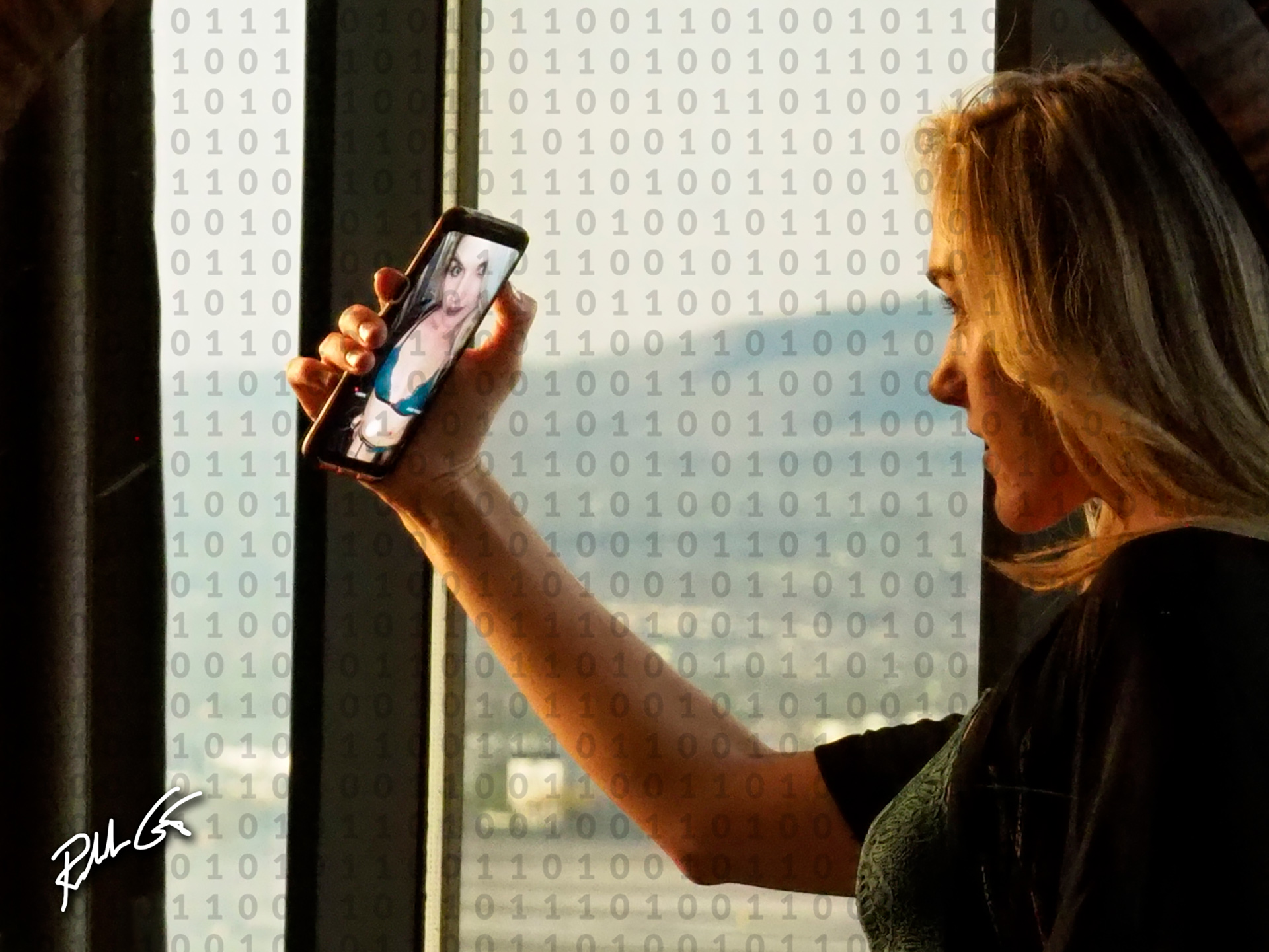 Most photographers are not medical professionals no more than I, but it’s important that we all understand this new world of digital photography and selfies. It’s been proven that selfies are created because of dopamine, a brain-produced drug, and the hi-tech directly responsible for this has turned our society into a hi-touch society — that of touch screens.

If you read my photography tip, The Pots and Pans of Photography, you know I like to use cooking as an analogy to photography, so let’s look at how the digital camera is like the “microwave oven” when it comes to dopamine.

The microwave, based on military radar technology, was discovered in 1945 after a chocolate bar melted in the pocket of American self-taught engineer, Percy Spencer. I’m sure Spencer didn’t fathom the food industry would eventually use this technology to help replace Momma’s cooking. Ironically, while nothing beats Momma’s cooking, microwave food is more addictive because of dopamine and the food industry jumped on this notion.

When it comes to food, medical experts and scientists blame it on things like GMO’s, or genetically modified organisms, processed food, and artificial flavoring amongst other food technology that causes a dopamine “hijacked” brain — and the same happens with selfies and social media through the photography dopamine loop. 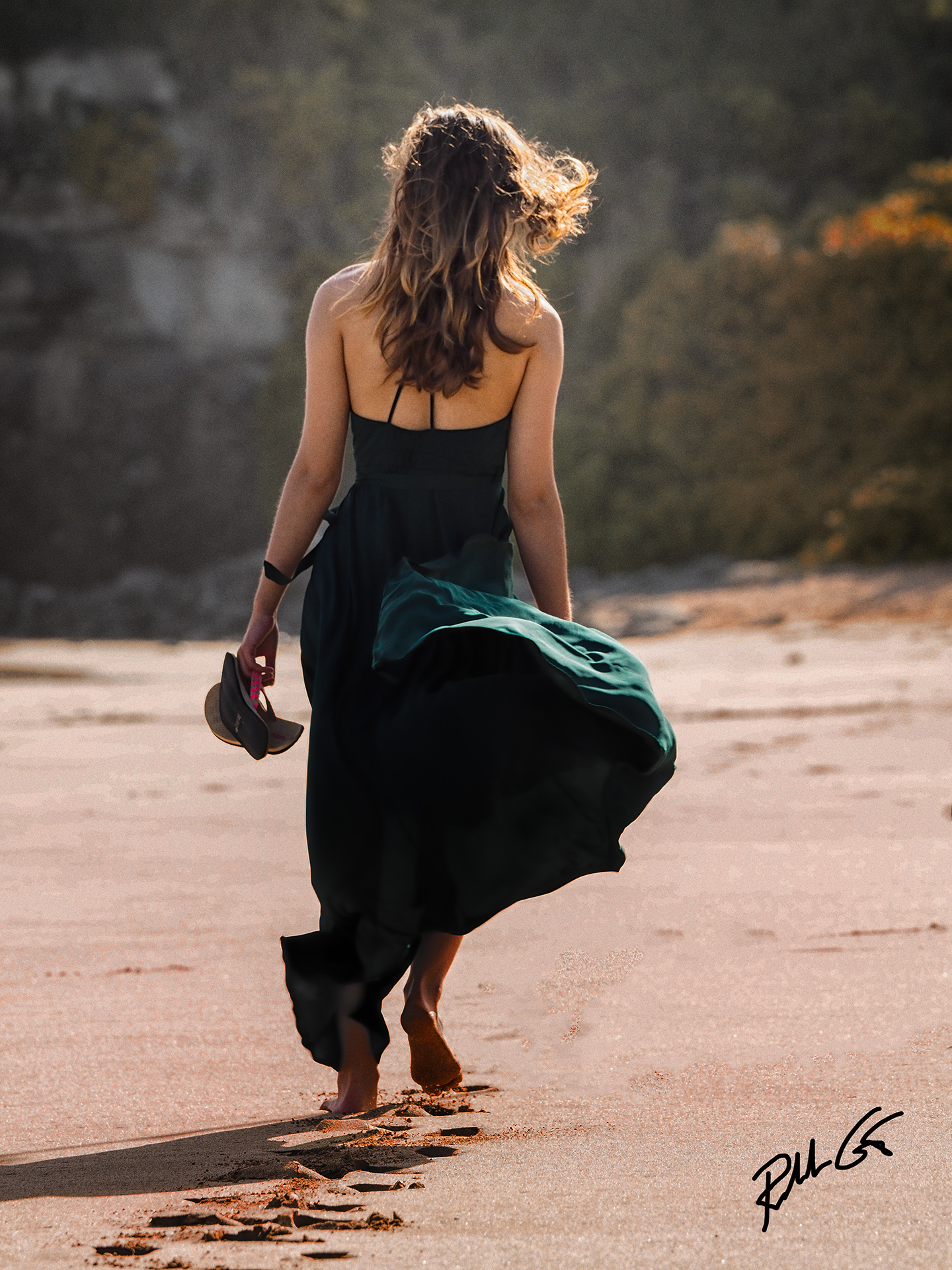 The subject and the photographer often experience a dopamine loop through the photo creation process.

Medical experts and scientists have proven that food technology has altered food to trigger our bodies to release increased amounts of dopamine to the area of the brain known as Nucleus Accumbens. This causes a powerful reward effect on our brain receptors, similar to that of cocaine and nicotine, that’s why we become addicted to certain foods, many which cause us to overeat and this can lead to other health issues too.

The same happens with selfies and social media through digital technology and if we’re eating food created by technology as we browse or social media timelines, it’s a double dose of dopamine. Add to that, our brains associate selfies to social media similar to pizza and beer, wine and cheese, or popcorn and a movie.

According to Susan Weinschenk, PhD, in her Psychology Today article, Why We’re All Addicted to Texts, Twitter and Google, plus on her The Team W Blog, “Instead of dopamine causing you to experience pleasure, the latest research shows that dopamine causes seeking behavior. Dopamine causes you to want, desire, seek out, and search.” She further states that, “dopamine controls the ‘pleasure’ systems of the brain…and the opioid system…makes us feel pleasure.”

Kent Berridge, adds, “These two systems, the ‘wanting’ (dopamine) and the ‘liking’ (opioid) are complementary. The wanting system propels you to action and the liking system makes you feel satisfied and therefore pause your seeking. If your seeking isn’t turned off at least for a little while, then you start to run in an endless loop. The dopamine system is stronger than the opioid system. You tend to seek more than you are satisfied.“

Weinschenk goes on to talk about the dopamine loop and “instant gratification” caused by social media, “It’s easy to get in a dopamine induced loop. Dopamine starts you seeking, then you get rewarded for the seeking which makes you seek more. It becomes harder and harder to stop looking….” She further states, “This constant stimulation of the dopamine system can be exhausting. And the constant switching of attention makes it hard to get anything accomplished.”

The Need to Create

Research at Harvard and other prominent universities by scholars have found that “the need to create a photo is elevated by the need to share that same photo on social networks” because sharing an immediate creative experience with others is “brain candy.” It’s all connected to the photography dopamine addiction.

We seek affirmation through our social media channels thanks to this photography dopamine addiction. We achieve this affirmation through the creation and sharing of photos for others to like and/or comment. It’s scary and has the possibility to cause harm or someone to harm themselves.

It’s like we’ve lost the human touch through the wireless world of emails, texting, social media, video games, digital tablets, etc., instead of spending quality time with our friends, family and significant others. Just ask your virtual neighbor if they know the name of their mailman — I bet they don’t. Heck, some probably don’t even know their neighbors. It’s sad and almost funny that many of us know more about our virtual “friends or followers,” most whom we’ve never met.

Turn Off the Cues

The easiest way to curb this social media addiction, according to Weinschenk, is to “turn off the cues.” She recommends that you turn off the “automatic notifications” on your digital communication devices to help “prevent or stop a dopamine loop.” She claims that these cues “are actually causing you to be like a rat in a cage.” She states that these cues have a “Pavlovian” effect that “enhances the addictive affect” and “stimulates the dopamine system.”

Photography sometimes acts like a hamster wheel when our subjects see their likeness and experience a dopamine shot that causes them to want another photo shoot. Photographer’s also get a dopamine shot from the positive reaction of their subjects and from the social media reactions of what they’ve created.

I’ve always said, “I get pleasure out of pleasing others through my photography.” So, one could argue perhaps that photographers capture images because of the dopamine loop they receive through their lenses.

While I don’t have no photos of Momma cooking, her cooking sometimes gave way to the microwave oven just like the human handshake interaction lost its touch through telecommuting, teleconferencing, texting, video chats and other forms of social networking. Perhaps someday we’ll shift back to a more human touch when the teleporter is invented that beams us all up to reality.

Rolando Gomez is a professional photographer and author of five photography books that has traveled to 45 countries for assignments. The former soldier and U.S. Army combat photographer has taught hundreds of photography workshops for almost two decades. A 2016, 2017 and 2018 Top Writer for Quora, his partial credits include Newsweek, Parade, Playboy, Rangefinder, Maxim, Rangefinder, New York Times, Stars & Stripes, and various other publications.
(Visited 386 times, 1 visits today)