A common mistake for photographers happens when they arrive to a location and look at the big picture when instead, they should focus on the “picture in the picture,” or the small things around them. When publication photo editors see this in an image, your image gets rejected. This mistake happens often when vehicles are involved like fast cars and big boats or photos captured at overwhelming locations like the great outdoors or even large mansions. 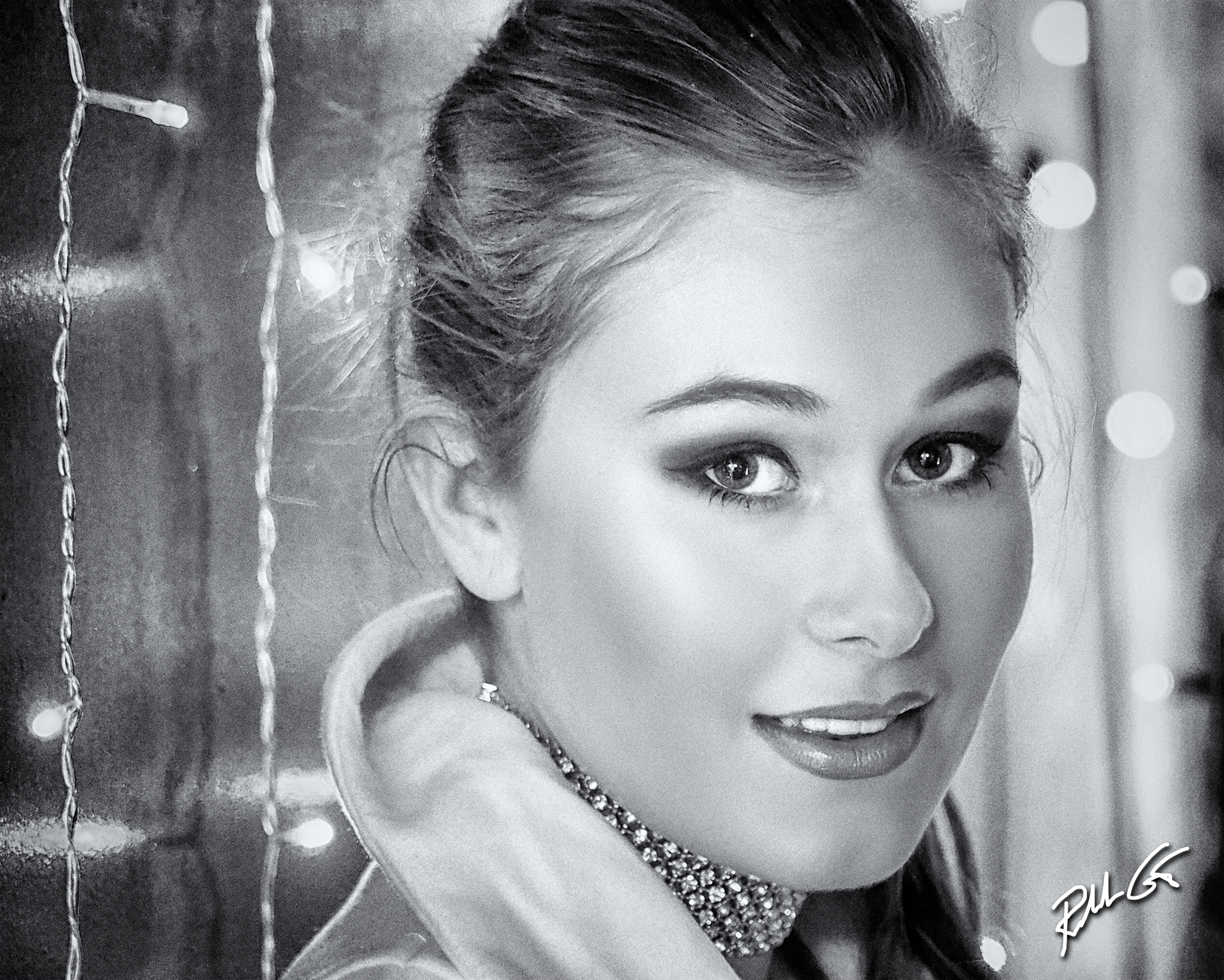 A headshot is a great example of how you can avoid “the big picture” mistake photographers often make.

While large mansions provide great locations to photograph models, a professional photographer normally would tour the mansion first to look for “spots” that help compliment the model. Think of the mansion as the big picture and ironically, where you see artwork displayed in a mansion you’ll probably find an interesting shooting niche. Stairwells work great and with mansions, fancy furniture or a piano work great as a small piece of your final photo too.

Whether you find a piano or a music room, remember, the final photograph should focus on your subject, not the “entire” musical instrument or room. Photographers often make the mistake that when a significant prop is involved, they try to capture the entire prop. It only takes a piece of the prop for a great photo. The rule of thumb when it comes to large props, crop the prop, don’t let it throw you off, concentrate on your main subject. It’s not about the big picture that you enjoy when you arrive on location. 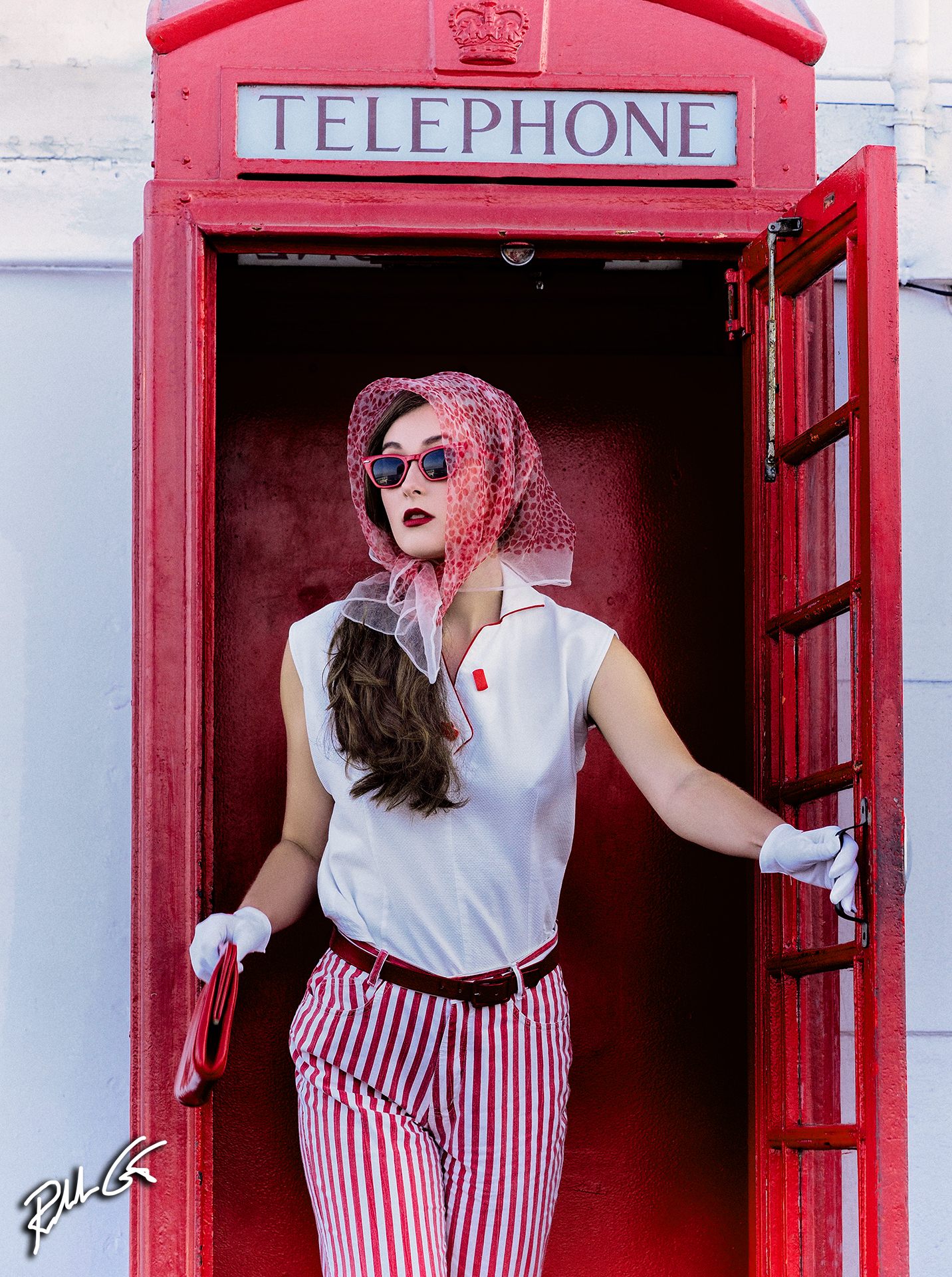 Notice I captured only part of the phone booth in this photo as it’s only a secondary element to the photo.

The same goes for outdoor locations, don’t let the big picture or the breathtaking view throw you off your main subject, unless you’re a landscape photographer. Twice per year I conduct photo adventures in the vast area of Moab and while the scenic views are breathtaking, we’re there to photograph models.

What’s behind a model becomes the backdrop in this scenario and again, your photos will have a larger impact with only a small piece of a scenic location and not the big picture. While backgrounds are important in photography, remember the role they play sits secondary to the role of the model in an image.

The same rule applies to big boats too. While yachts are attractive, don’t make them distract from your subject. Recently I had the opportunity to photograph a model on the Queen Mary. While not a yacht, it operates as an anchored floating hotel and its massive size if entirely included would reduce my model’s size to something small. And while yes, a wide-angle lens would help, your model wouldn’t look the same thanks to lens distortion.

Another trap a photographer can fall into, they try to include an entire car in their frame and unless you’re shooting for a specific car magazine, focus on your subject. Here again, the fast car adds nothing but an additional element to either tell a story or enhance your image, but you can do that with a small piece of it. It’s a prop and the same rule applies—crop the prop.

It’s never about the big picture, it’s about your subject or model. Don’t get caught in the most common mistake photographers make when it comes to model photography, trying to include the entire size of a location or a prop. 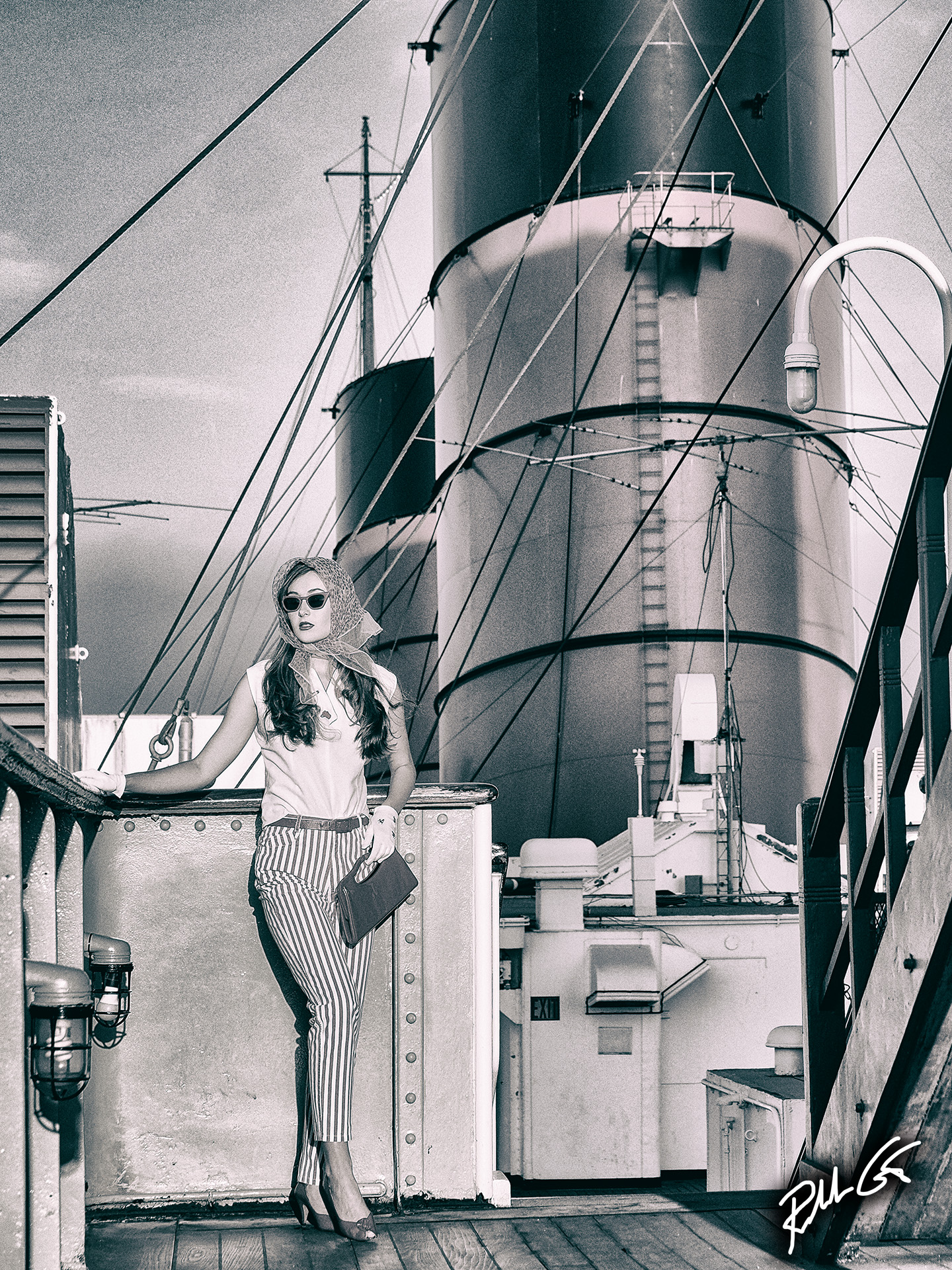 When you do include the entire body of a model, do it with purpose as seen here, to illustrate the massiveness of the Queen Mary’s smoke stacks.

The same applies to the model, many photographers think you have to capture the model from head to toe. Not true, especially in fashion photography where the photo isn’t about the model, it’s about what they’re trying to sell, like clothes and accessories. Ultimately it’s about composition and framing, two basic fundamentals every photographer should rely upon.

The best way to understand this, study published photos especially from large circulation magazines as besides the photographer and model, usually a photo editor gave the final approval of publication of that photo. Photo editors are trained to avoid the big picture mistake when it comes to photo editing and often will point this out to photographers.

Ultimately, whether it’s fast cars, big boats, the great outdoors or even large mansions, when you avoid the big picture and crop the prop, or as I like to say, “shoot tight,” your photos will have greater impact than if you don’t. Any photo editor will tell you this too, especially when it comes to publication. In the end, it’s never about the big picture, it’s about your subject.

Rolando Gomez is a professional photographer and author of five photography books that has traveled to 45 countries for assignments. The former soldier and U.S. Army combat photographer has taught hundreds of photography workshops for almost two decades. A 2016, 2017 and 2018 Top Writer for Quora, his partial credits include Newsweek, Parade, Playboy, Rangefinder, Maxim, Rangefinder, New York Times, Stars & Stripes, and various other publications.
(Visited 172 times, 1 visits today)