The Smaller the Harder, the Larger the Softer

When it comes to size in photography, one often thinks of lenses, and while proper lens selection makes sense, it’s often dictated by a photographer’s shooting style, not necessarily hard rules. When it comes to photographic lighting and the size of a light modifier, size does matter. 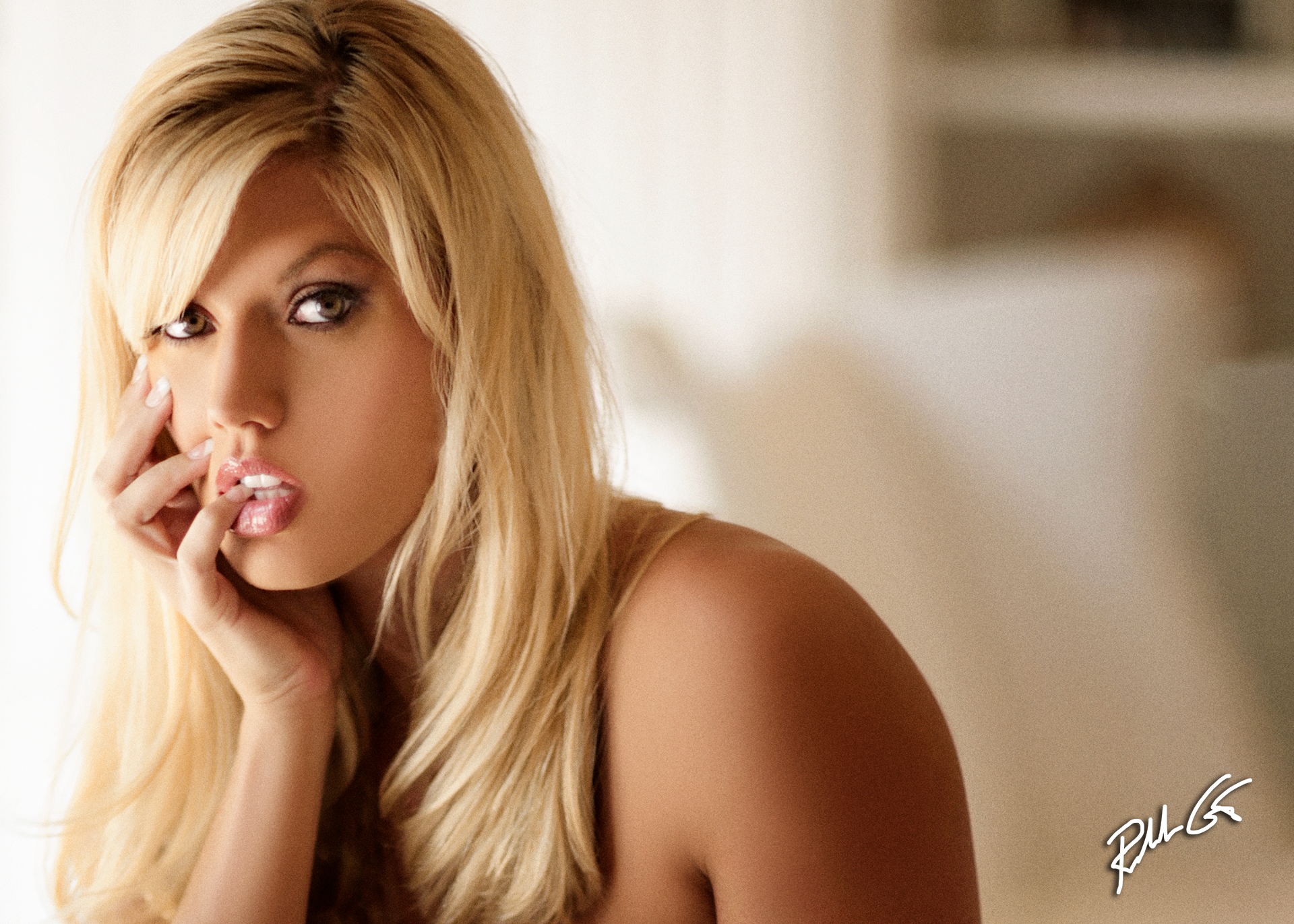 In this photo diffused window light illuminates the model. In this scene the windows were extremely large and all across the side of the living room, size does matter.

A professional photographer normally chooses a light modifier based on their photography style because they normally understand the principals and fundamentals of light. Some photographer’s like hard light, others like soft light, and still others use a hybrid combination. However, an inexperienced photographer might choose a light modifier because they are “cool” or someone else they admire uses that same gear, and herein is where many photographers fall into a trap. These photographers tend to purchase something without research or fail to understand why it works for someone else, but perhaps not for them.

The Primary Fundamental of Light 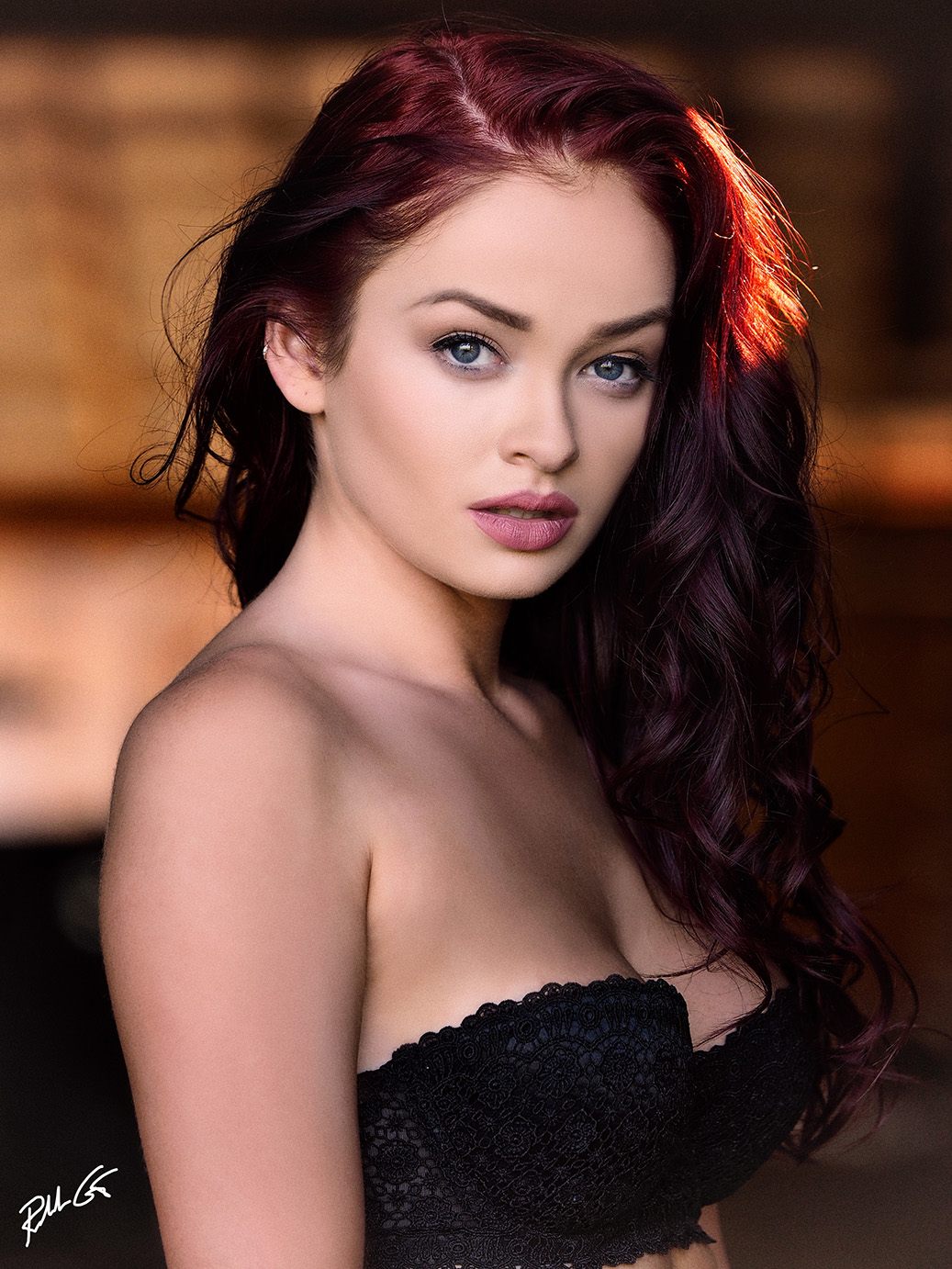 I used a SUNBOUNCE PRO outfitted with a Zebra fabric screen to illuminate Halie in this photo.

Let’s illustrate why size does matter through the great outdoors. If you took the top off the sun to fill it with marbles the size of planet Earth, it would take over a million earths before you could put the top back on. Yep, size does matter but so does distance as the sun is 93-million miles away, thus on a bright sunny day, it looks like one big marble from where we stand. This is why on a bright sunny day, the largest source of light in our universe is harsh and hard, not soft.

Even though the sun is huge, it’s distance to planet Earth is so far that the light becomes specular and harsh, not large and soft like the output of a large octagonal-shaped soft box. If placed close to your subject, a large soft box of any shape is pure soft light. Large sources of light, or light altered with large modifiers, are soft light when near the subject and larger than the subject, relatively. Though once distance is increased, between the light source and the subject, as in the case of the sun vs. planet Earth, then the light becomes harsh and increases contrast, or specular.

The physics of light state, “The more specular the light, the harsher the light.” Think of it as someone pointing a flashlight at your subject in the dark, usually you’ll see some harsh shadows on the wall behind the subject. Soft boxes are no different. If we took a medium soft box, approximately 3- by 4-foot rectangular dimension, and placed it twenty-feet from our subject, it’s no longer a medium soft box, it is in fact a tiny soft box, or a harder, more specular light source that will increase contrast in the image.

Take that same medium soft box and place it five-feet from your subject and it becomes a source of light similar to a medium sized window, or a soft, sweet, forgiving light. This is important when working with female subjects. If your subject has a clean complexion, it’s not as much of an issue as if your subject has a more imperfect complexion. The key to remember when it comes to soft boxes, the larger the light source in relation to your subject, the softer the quality of the light, which in essence it’s like an additional layer of make-up.

A photographer needs to understand when to choose a soft box, a beauty dish or a reflector. Large traditional light modifiers often simulate the size of a standard window in most homes and professional photographers know that one of the sweetest sources of light to work with is diffused window light.

While a beauty dish does provide some soft light, the light is reflected from a dome into a pan and it’s often called board to board lighting. If used properly, a beauty dish design produces a hybrid light—soft light with a contrast punch of hard light—thus not as soft as a soft box, but not as hard as specular light though not always as beautiful as diffused window light.

It’s often said, “There’s nothing sweeter than diffused window light.” If you read my Photography Reflectors, Recreating North Light  photography tip you know I agree with that statement and that size does matter. When I can’t find windows, my primary choice is reflected light with the SUNBOUNCE PRO as it’s about the size of a normal 4-foot by 6-foot window and mimics diffused window light even though the light is actually reflected.

As explained in a Size and Shape Matter, a reflector can’t reflect more light than from what it receives according to the physics Law of Reflectance. A flat reflector can’t increase the size of the reflected light either, though it appears like fabric reflectors do this. 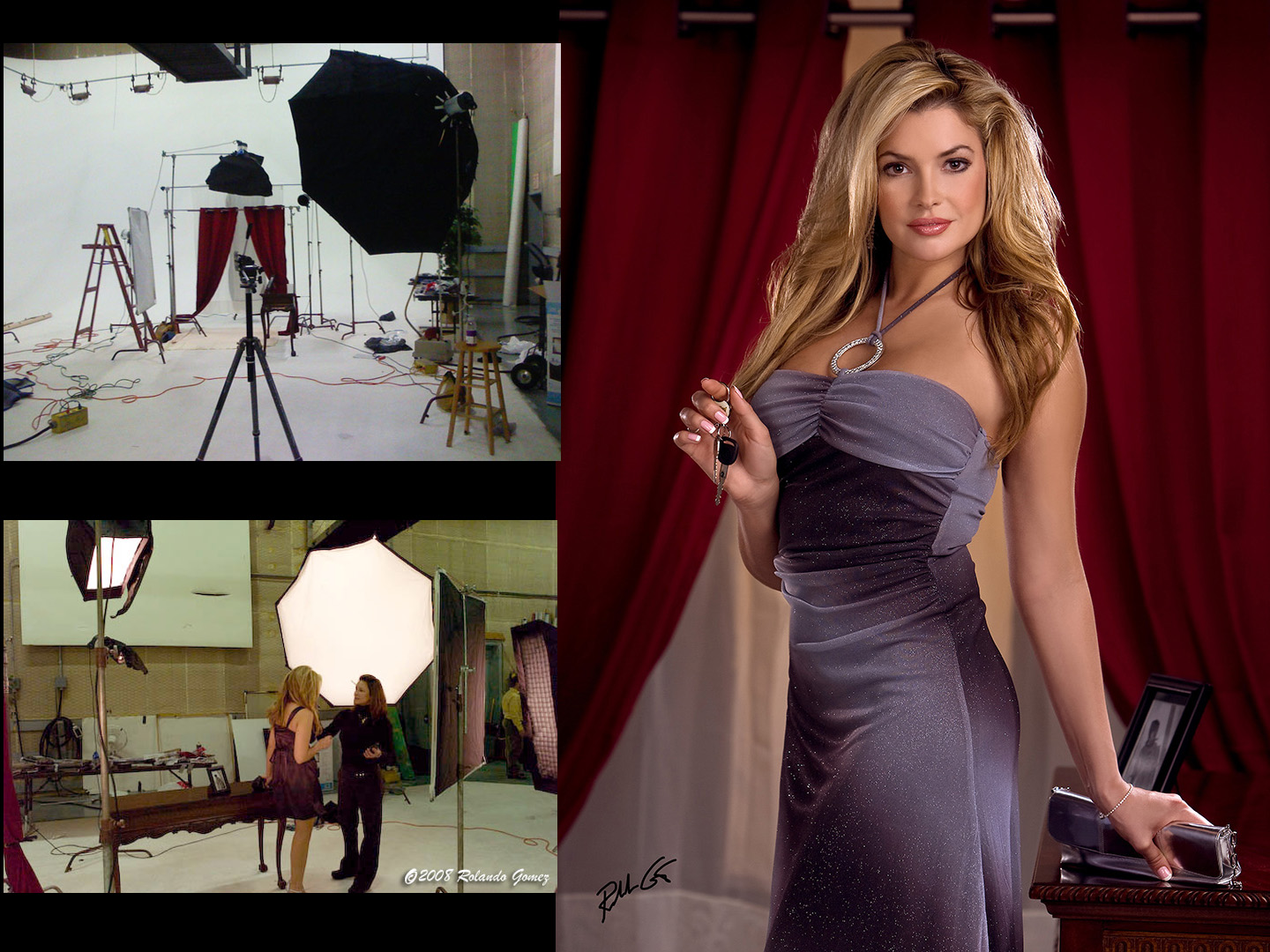 I used a variety of light modifiers to create this photo for a liquor campaign.

This appearance of “enlargement” of the light reflected is caused by diffusion of a non-mirrored-polished surface, hence why some professional photographers will take reflector fabric and run it through a wash cycle to “season” the surface of the fabric screen for more diffusion. This added diffusion minimally increases the overall size of the reflected light shape and helps reduce the contrast of the reflected light.

The combination of the white interior surface of the soft box with the fabric inner-baffle placed between the strobe head and the front of the soft box tries to mimic the sweet diffused sunlight coming through a window when the flash fires. A silver-lined soft box increases the overall light intensity with only a negligible increase in contrast and brilliance. But whether it’s lined white or silver inside, it’s still artificial light and not diffused window light.

An even sweeter soft box is an octa-box which come in 3-, 5-, and 7-foot sizes. Again, size does matter so if you can add them to your modifier collection, especially the seven-footer.  Seven-feet across the front provides an even more forgiving light modifier. Think of an octa-boxlike an umbrella with a soft box front, it wraps the soft light around the subject for an even, natural, but soft effect. Its shape also produces a brilliant catch-lightin the eyes of your subject.

Now let’s go back to the great outdoors, it too can turn into a large soft box. Remember that specular sun on a bright, sunny day? Well, when a sheet of clouds roll-in, presto, you have the front of the soft box directly above us and much closer than the sun (thousands of feet, not 93 million miles), hence why cloudy days give us softer light, often shadow-less light.

The down side to “shadow-less” light is a lack of contrast as often photographers want that “punch” in an image. There are several ways to accomplish this, one method is through post-production, but if you’re the type of photographer like me who likes to get it right in the camera, you can add contrast, with a little fill-flash. Just be careful, if it’s on-camera flash it’s still specular and harsh, so power it down to only add a “tad” of fill.

If your plans are to overpower the sun with flash, a technique often used by professional photographers, remember size does matter. Ensure your light modifier is largest possible and close to your subject. But if the clouds break and the sun is bright, you’re back to hard light, however, there is a solution, an overhead scrim. 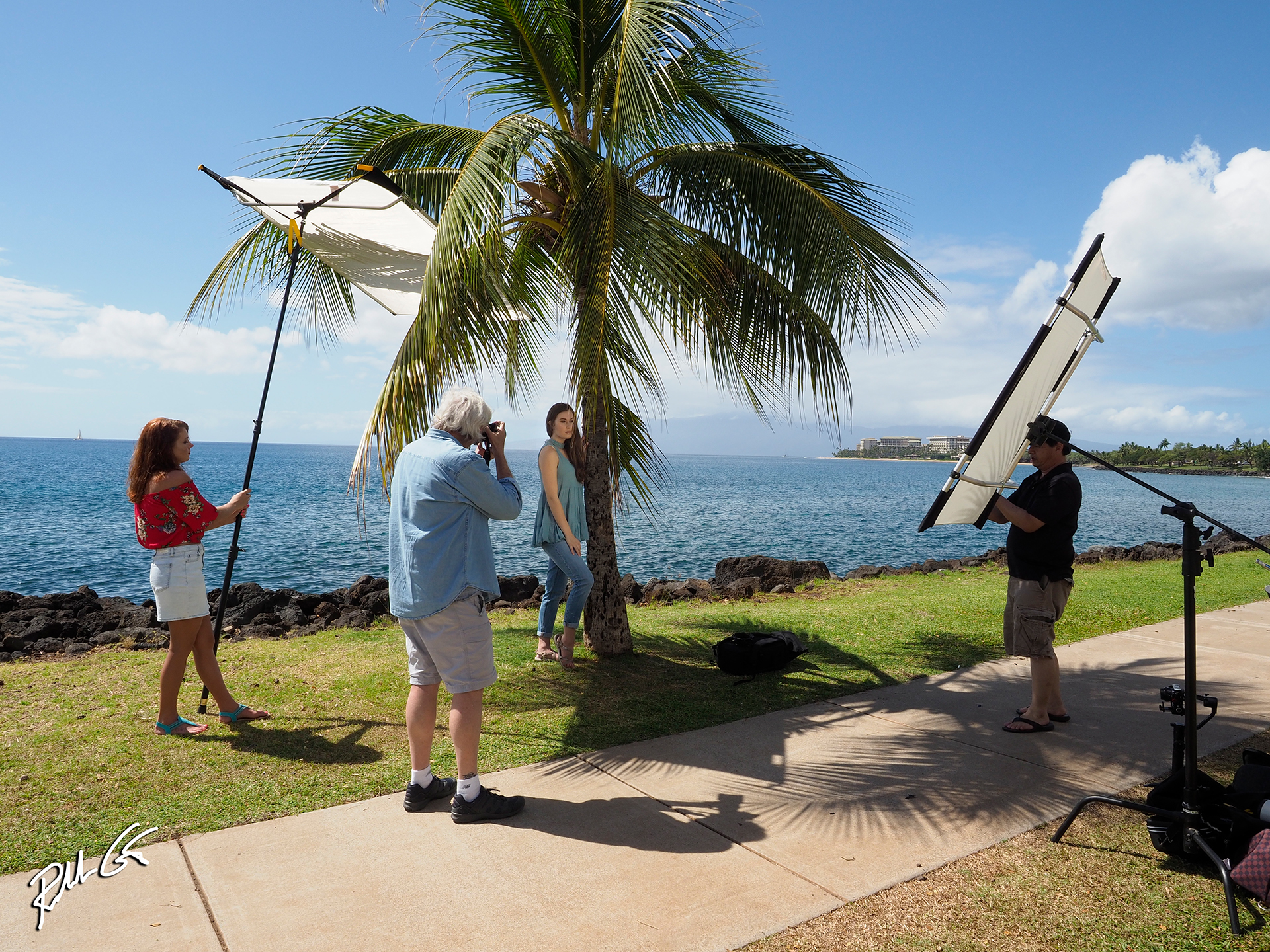 Here you see the Sun-Swatter in action along with the SUNBOUNCE PRO reflector.

Photography scrims come in many forms, but they all do the same thing when used overhead, some better than others. My favorite methods to scrim, or modify overhead sunlight are the SUNBOUNCE Sun-Scrim, the Sun-Swatter Pro, and Sun-Cage.

The Sun-Scrim is great for static subjects that don’t move. Just attach it to sandbagged C-stands directly over your subject and out of camera frame. It’s like practically diffused window light that paints your subject. While they come in many sizes and size does matter when it comes to portability and scrim surface area, the 8-foot by 8-foot size SUNBOUNCE Sun-Scrim with a -2/3 stop translucent fabric works great for most subjects and situations.

But let’s say your subject might move during the shoot, then go with the Sun-Swatter Pro and their -2/3 stop translucent fabric. Attach it to the SUNBOUNCE Boom Stick and you’ve now got what I jokingly call a “scrim on a stick.’ It works as you can see in this video.

The SUNBOUNCE Sun-Cage is like multiple scrims all at once, overhead, sides and back and the combinations are amazing with the translucent white fabric screens, black and even what acts like a neutral density filter, their -1/3 stop No Moiré black fabric screen to darken the background but not the subject. You can see it in action in the recent photography tip, How to Beat Poor Outdoor Lighting. 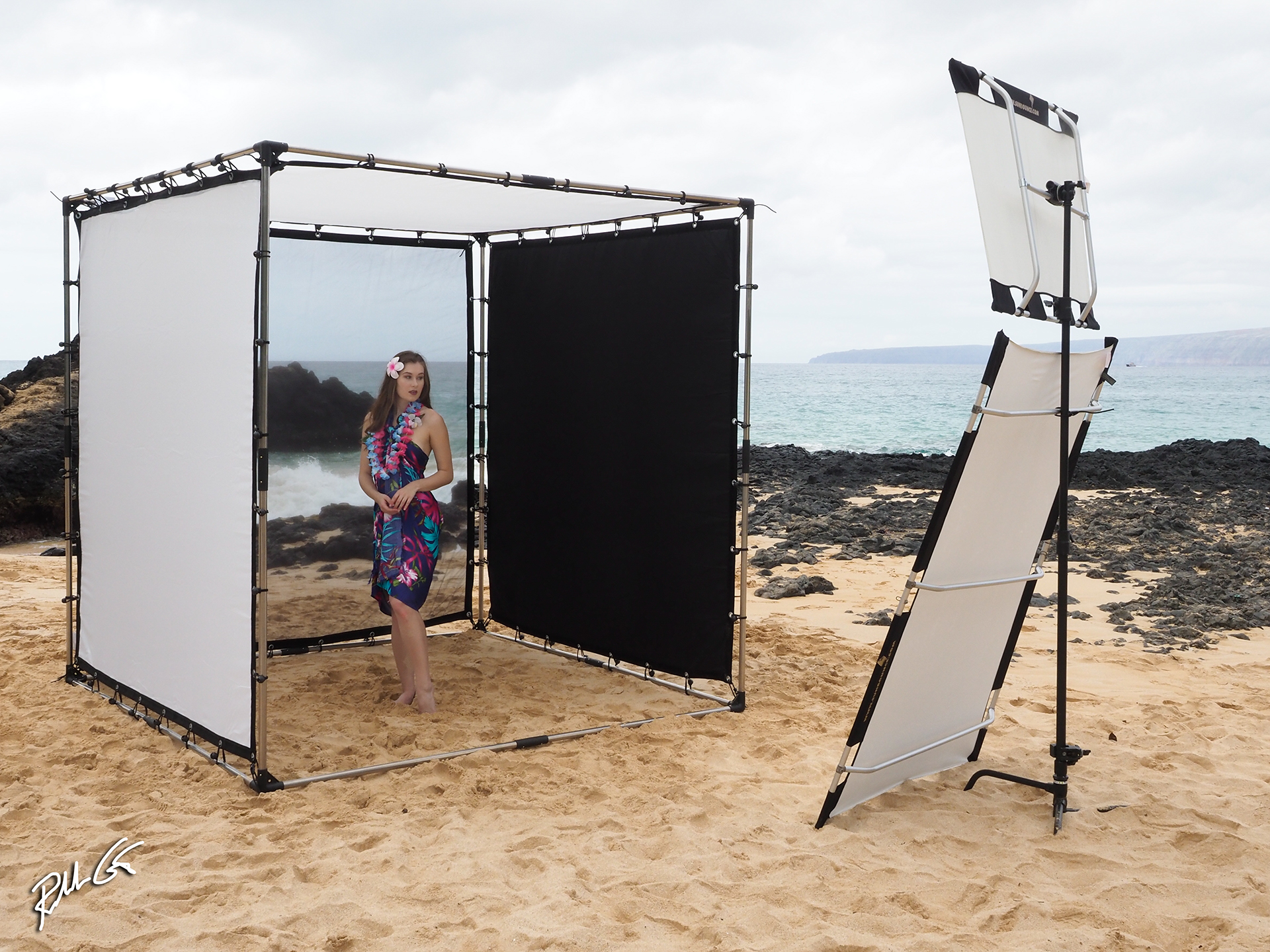 In this set-up, the portable Sun-Cage surrounds the model with beautiful light plus darkens the background.

In the end, understanding size does matter as one of the primary fundamentals of light, will improve your photography and help you define your photographic style.  Photographers must understand the principle that distance of the light to the subject will impact light quality too with the only exception a photography flat reflector. Bottom line—size (and distance) does matter when it comes to light modifiers, not just lenses.