A Little Squared Humor.  Often, I get interesting questions, some humor me and today was no different when a model asked me on the phone, “If lenses are round, why are photos rectangular?” I chuckled at first and then told her, “That’s a good question,” then I gave her some logical answers. 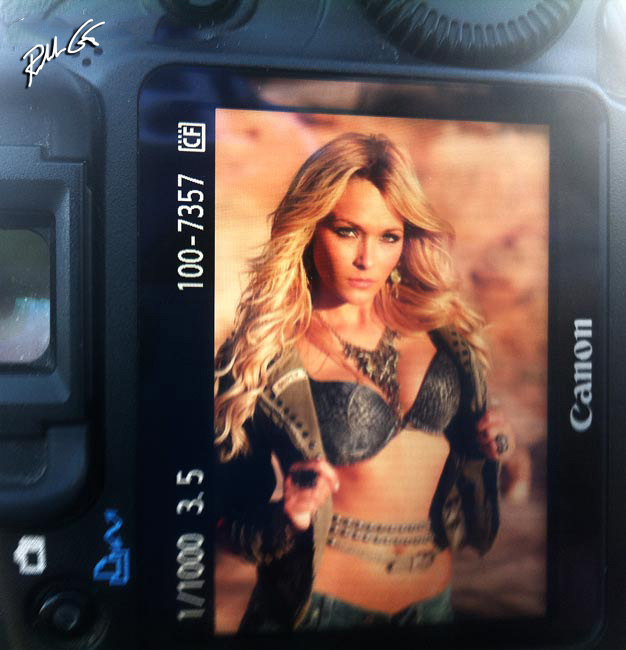 First, it’s a known fact while lenses capture an image throughout the circumference of the glass, any degradation occurs on the outer parts of the image, hence cutting off those parts results in a sharper overall image in a rectangular format. Of course, she then responded, “Then why aren’t images square?”

Another good question as it makes sense to trim off the degradation equally from all sides, which results in a square. However, any designer will tell you that a rectangle is more pleasing to the eye, since we tend to naturally see more through our own eyes in a horizontal format.  This rectangle format also allows us to shoot the more powerful vertical. Though there have been square format cameras in the past, like the Kodak 126 Instamatic camera, basically a squared 35mm format, and the more commonly known amongst professional photographers back in the day were the medium format, 2 ¼ square size.

I myself used the square format back in high school as a photographer. The camera of choice for my photojournalism instructor for his photographers was the Yashica Mat 120G medium format camera. The square image produced was 2 ¼-inches square on each side, many times larger than a 35mm negative, allowing us ample room to crop out rectangle images in either a horizontal or vertical format.

So, the more I thought about that question, I decided to come up with some answers of my own (in a humorous way) and a few other questions I’d love to know about the answers myself. So first, here are a few of my assumptions on why we capture in a rectangular format vs. round format, though we use round lenses:

Now here are some of my questions about other things in life:

I’m sure there are many other interesting, and humorous questions out there that can fascinate us with answers, but ultimately there are many logical reasons why lenses are round and capture devices as well as prints are rectangular. Since I’m not a photo scientist I can only refer to the obvious, we see in a horizontal format, cropping the image in a rectangle format leaves us the sharpest part of the image and it only makes common sense when it comes to printing.

Rolando Gomez is a professional photographer and author of five photography books that has traveled to 45 countries for assignments. The former soldier and U.S. Army combat photographer has taught hundreds of photography workshops for almost two decades. A 2016, 2017 and 2018 Top Writer for Quora, his partial credits include Newsweek, Parade, Playboy, Rangefinder, Maxim, Rangefinder, New York Times, Stars & Stripes, and various other publications. You can find more of his work on AmericanoDream.com.
(Visited 247 times, 1 visits today)