Home » Photography Tips » Posing Is the Body Language of a Photograph

Posing Is the Body Language of a Photograph

Over the decades at my photography workshops, seminars and lectures in all the America’s and throughout the United states, I’m often asked, “How do you pose a model?” I usually answer with a demonstration because posing is the body language of a photograph. You start simply by posing the body in three parts, from the feet to the hips, then the torso, followed by the neck to the top of the head. 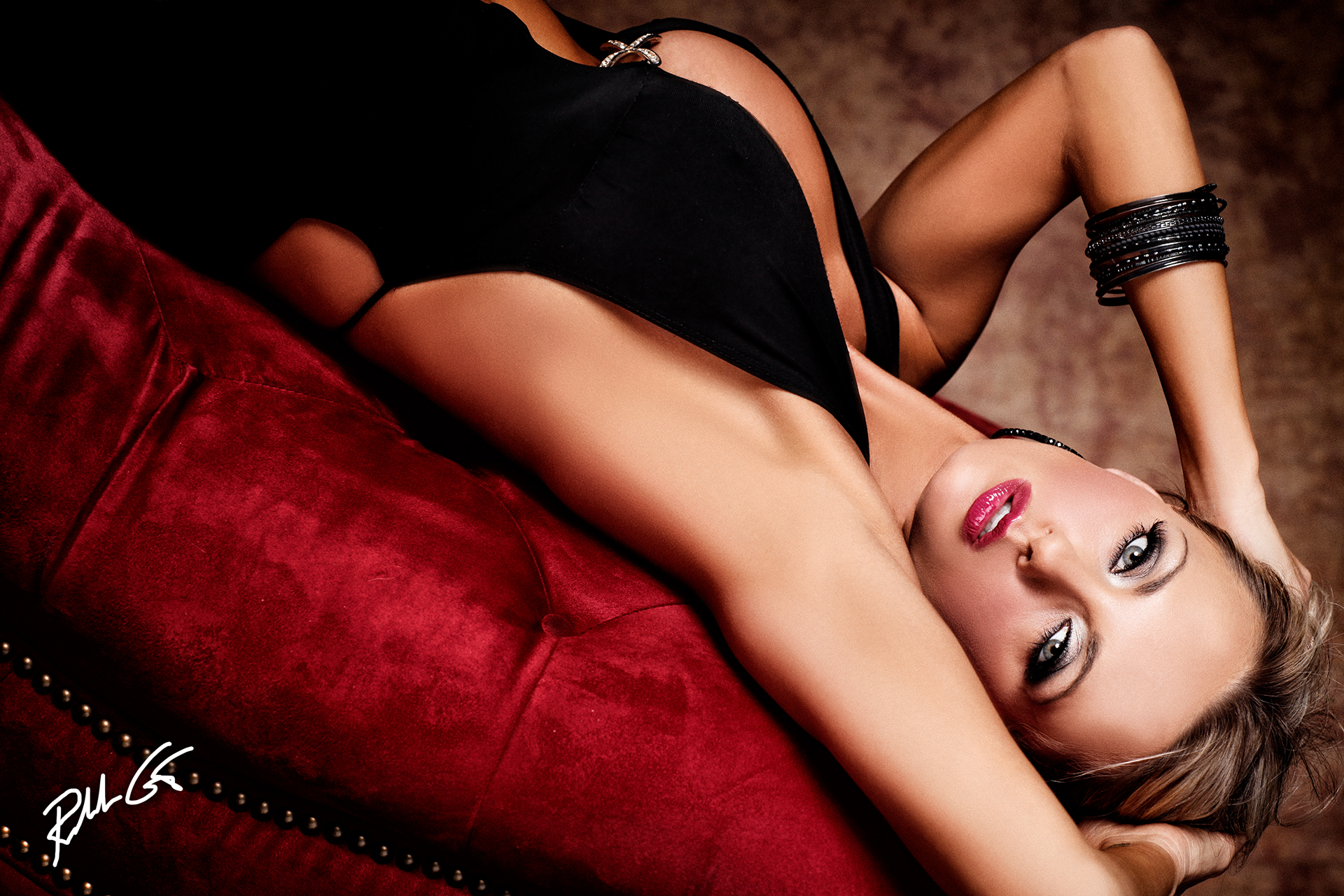 Posing is the body language of a photograph as seen here with the use of the model’s hand, lips and eyes.

As simple as that sounds, it’d take a book to cover posing fundamentals, concepts and principles for a successful photograph of your model and any posing book should illustrate how proper lighting, clothing, and image direction in the scene can form a powerful photograph.  There should also be at least one chapter on correct communication to achieve the proper pose along with another chapter on how proper composition and cropping help justify the pose.

While there are many “internet guides” and even posing posters and flashcards, rarely do they tell you where to apply the pose and how to use the pose, instead they’re just mere examples of previous captured photos. Basically these books, posters, or flashcards of a model or models in hundreds of different poses are from whatever the photographer captured at the time and then they label it a posing guide.

While those posing guides might have a few great poses because the model being photographed was experienced, ultimately, they’re just a simple schematic of the human form with no clear direction. Most of these posing guides rarely incorporate the proper lighting techniques required and they often don’t include how the scene, foreground or background can affect the final pose. 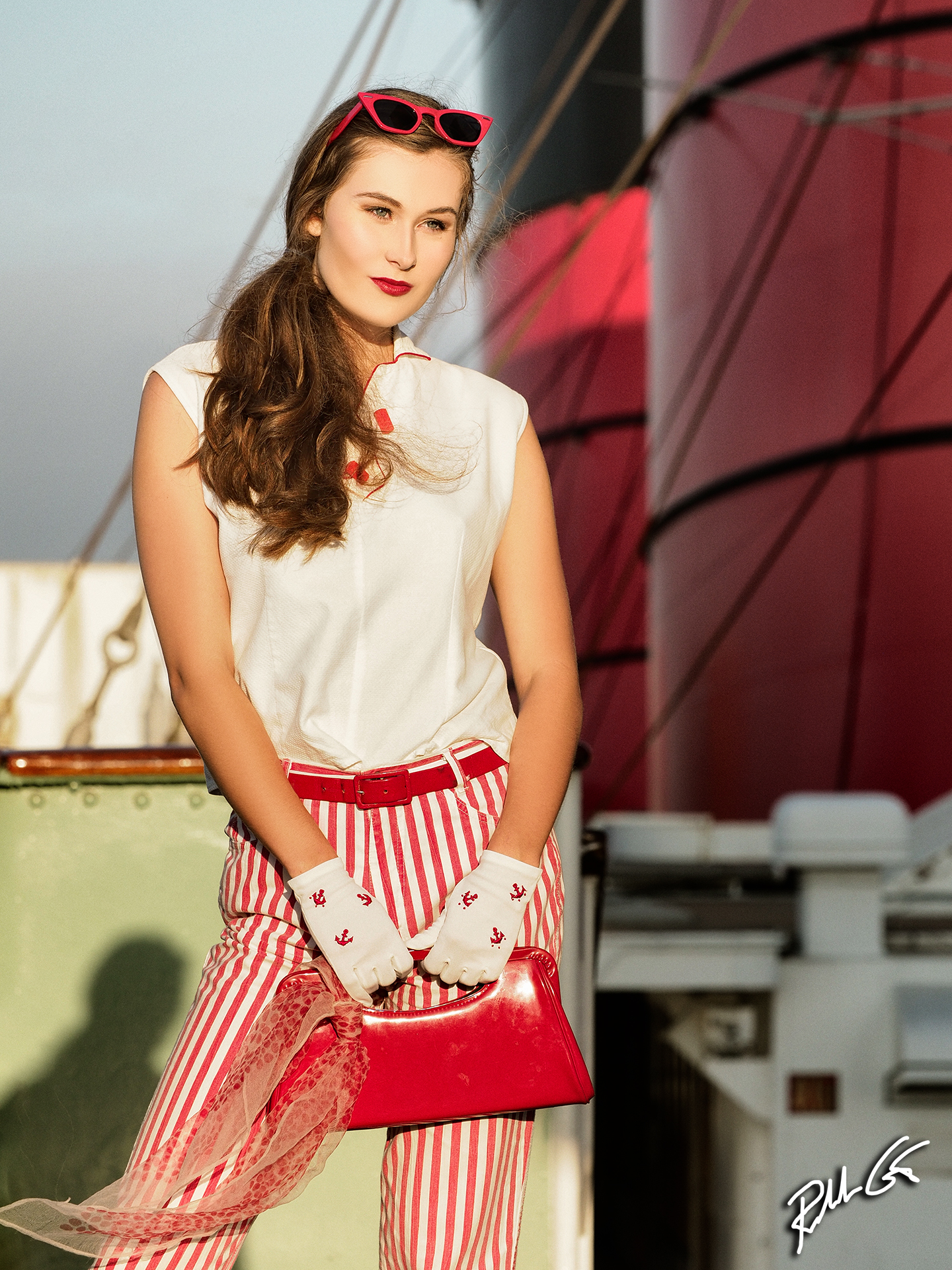 The pose, lighting, clothing and the background help tell a vintage story.

When you pose a model, it’s an art form that can send a message about the model and even tell a story, though ultimately, it’s about the subject and what that subject wants to portray. While posing varies by genre, in fashion photography poses should accent more important elements in the image than the subject itself whereas in glamour, beauty and nude photography, the elements should accent the poses. In all genres of photography, the pose of your model should help tell a story or provide some sort of communication from the subject to the intended audience.

In glamour photography, poses are ultimately about the subject, not the photographer or your model’s friends or family, but the subject and the portrayal of that subject relies heavily on the actual pose combined with the lighting, clothing, and scene that goes with it.

Headshots are no different. A headshot for a model’s compcard verses a Hollywood style glamorous portrait vary though the latter portrait might work for a headshot on a compcard too. Lighting can also change a pose and lighting should match the pose otherwise the pose takes on a whole new meaning. Lighting is critical with headshots and should accentuate the model’s face regardless if you use photography reflectors, studio flash, or even LED’s as your main light source.

The wrong pose of the neck with bad lighting can create unflattering lines and when you photograph a subject who’s looking for the photographer to provide her a more youthful-looking appearance, unwanted neck lines will cause you to lose a client real fast.

Do you pose the body first and light it, or do you light the scene and pose the body to it? Every photographer has their own photographic style when it comes to the answer of this question but it’s easier to pose your subject then adjust your lighting to the pose followed by the scene. Direction of light and the direction of the body to the light go hand in hand. 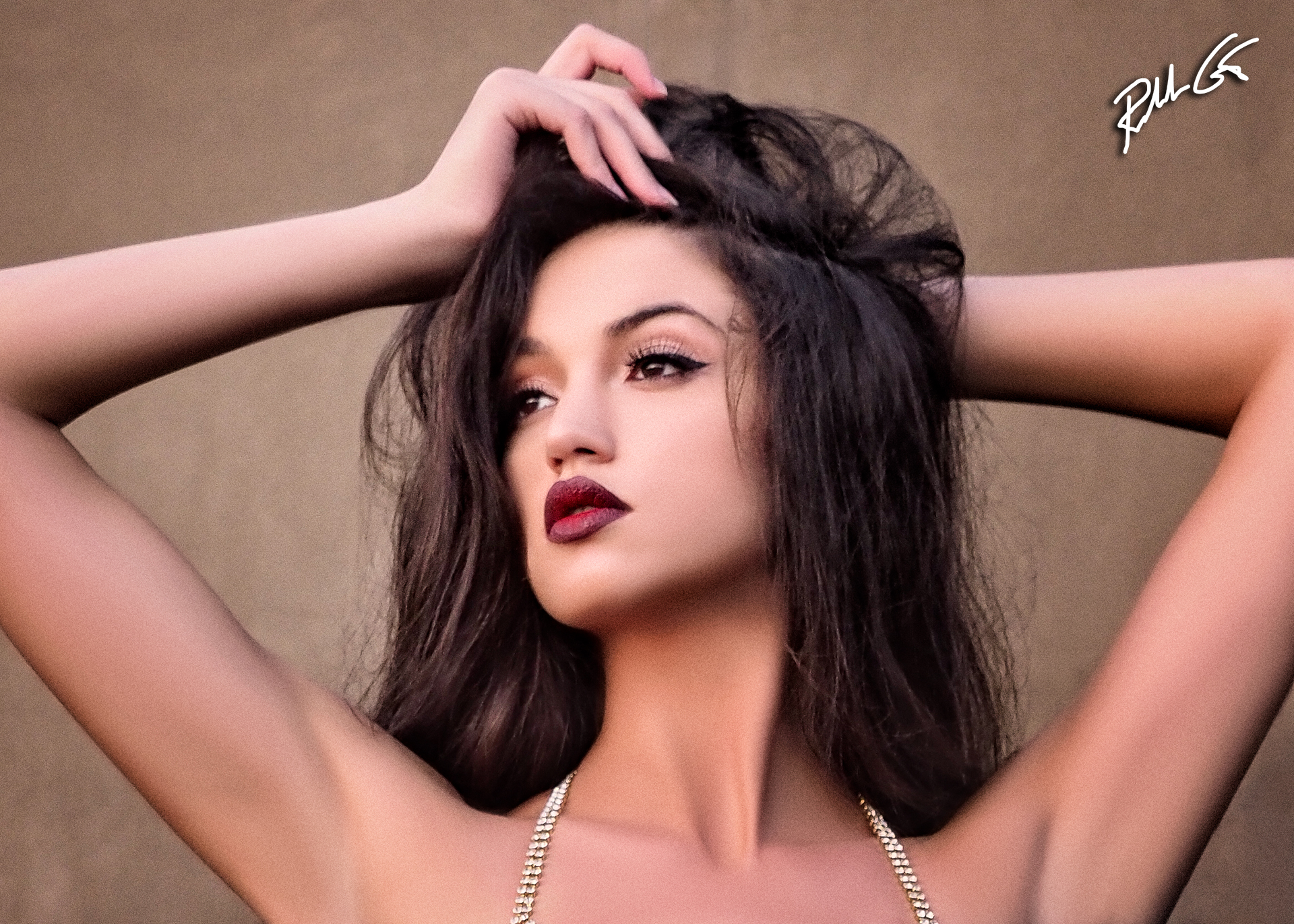 For example, if you pose the nose in the wrong light, it can create an unflattering look no model hopes to display in their portfolios. But even with the knowledge on how to make a model appear her best in your photos, you must give clear direction to your model. Communication is key.

Not knowing how to communicate with your subject can cause a confusing photography shoot that leaves the model with a flabbergasted face and this is not good since the face is the most important part of any pose. Without the face, a photographer has nothing — you as a photographer must have the ability to direct a model into a simple pose. Models don’t wear ear-plugs, many, even experienced models, rely on the photographer’s communication abilities to provide direction so they can turn what the photographer “sees” into what they feel.

Posing Is the Body Language of a Photograph

Think of a pose as the roadmap of the image and it shouldn’t require a GPS device for the viewer to understand the photograph’s intention and the model’s message. You can make posing simple by lighting the pose, especially if you pose the body in sections, first from the feet to the hips, then the torso, and finally from the neck to the top of the head, as ultimately posing is the body language of a photograph.

Rolando Gomez is a professional photographer and author of five photography books that has traveled to 45 countries for assignments. The former soldier and U.S. Army combat photographer has taught hundreds of photography workshops for almost two decades. A 2016, 2017 and 2018 Top Writer for Quora, his partial credits include Newsweek, Parade, Playboy, Rangefinder, Maxim, Rangefinder, New York Times, Stars & Stripes, and various other publications.
(Visited 476 times, 1 visits today)