Any photographer can kayak or canoe down the river, but great photographers avoid canoes whether they paddle on water or not. When you canoe on a body of water it takes strength, but in photography you avoid canoes in your subject’s eyes through the angle of your camera lens relative to your subject. 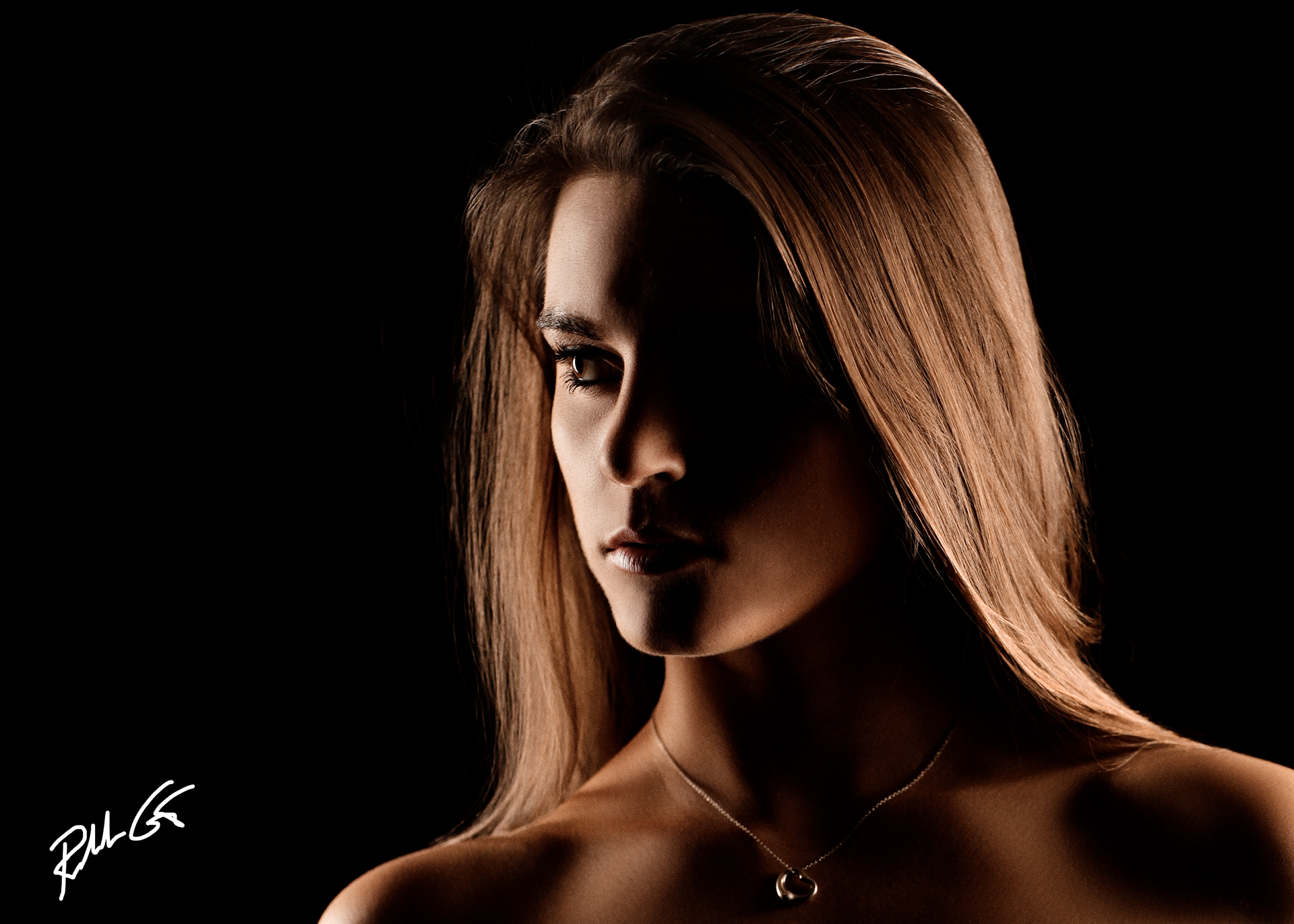 Photographers avoid canoes in the eyes when possible to create a more powerful image.

Sometimes canoeing in photography is unavoidable, especially with a subject with large eyes, but often the canoes seen in a subject’s eyes are caused because the photographer didn’t pay attention to the eyes — as photographers we must not forget the eyes are the storytellers of the image. 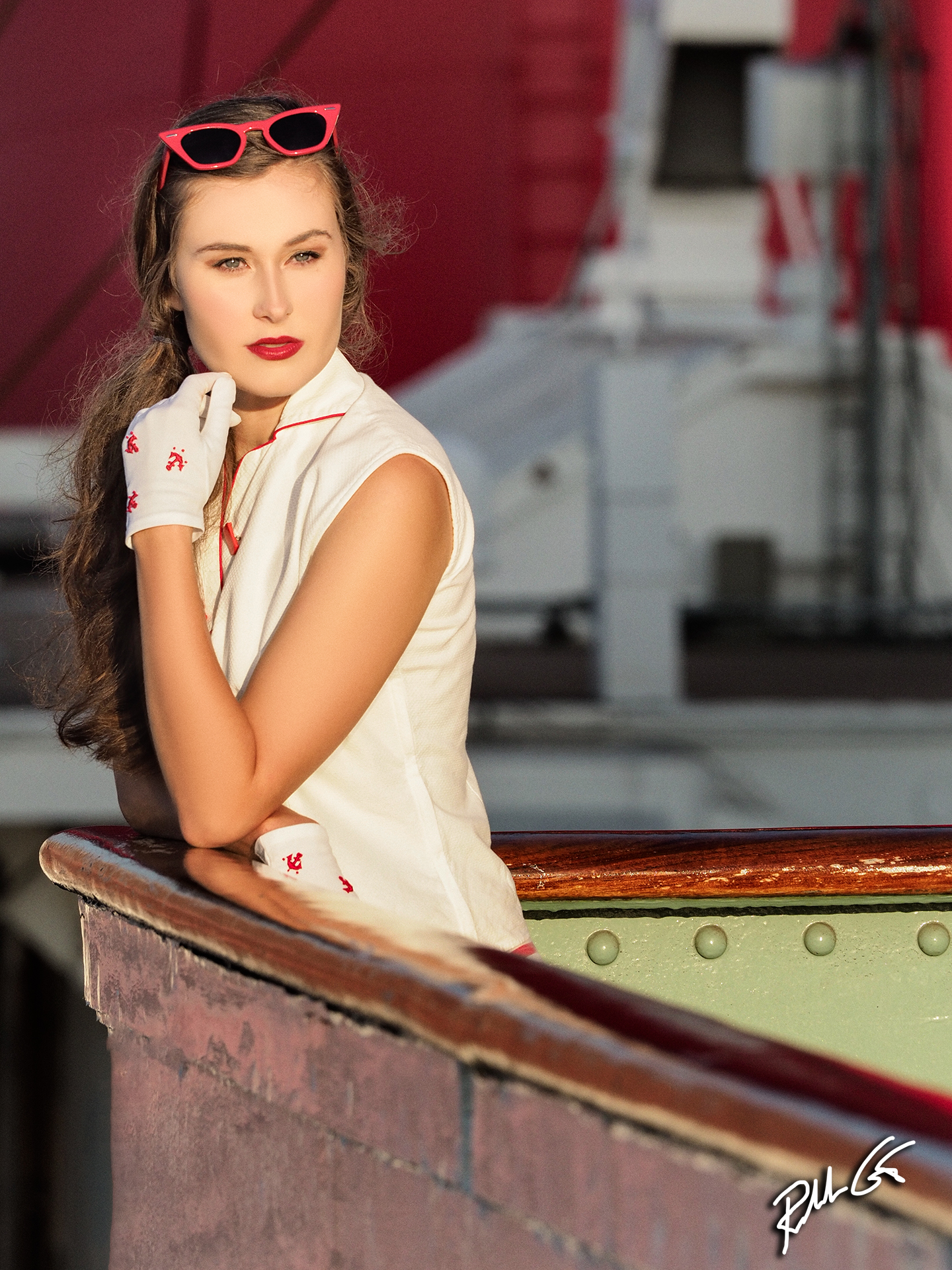 The eyes are the storyteller to your image.

Sometimes it’s the model that makes the canoeing of her eyes unavoidable in her own images, especially when the model tries to project a sexy look. You see this a lot with selfies, but often the pose will appear awkward to the camera itself and it’s up to you the photographer to take the model’s pose and refine it while not negatively affecting her self-esteem.

As an example, models often bury their heads too deep into their chest because they think the pose projects more power. While the pose of the face lowered with beaming eyes may feel sexy and controlled, you must step in as a photographer and guide the model, otherwise the whites of the eyes will create canoes underneath the irises in addition to the possibility of a double chin. While some canoeing is acceptable, too much is normally nixed by publication editors.

Canoeing of the eyes will create a vast river of white underneath the iris of the eye, and since the human eye always goes to the whitest part of the image, the viewer will stay focused on the model’s eyes verses the model and photo in its entirety, thus possibly losing the intended message of the image to the viewer.

Sometimes editors overlook canoeing when they choose images for publication, but savvy photo editors often avoid it as they know the irises, especially with blue, gray, green and silver color, are more powerful than white concave stripes. When the canoes around the eyes are avoided, the photo will reveal stronger eyes with a subliminal message of confidence from the subject, after all, the eyes are the direct channel to the heart.

Editors also avoid eyes where the iris or irises are cropped in the eye itself, almost opposite of a canoed eye, where you lose the color of the eyes to the eyelid. A simple rule of thumb that helps avoid cropped irises and canoed eyes, shoot from a low camera angle and once you have your  subject in the pose you prefer, instruct your subject not to move, then take a step either to the left or right and as you watch your subject’s eyes move with you, stop and capture the photo when you see the perfect eyes, especially when you capture headshots.

Ultimately, the eyes are the storytellers of the image and often your subject’s personality, just like the strongly-focused eyes of a rower down a swiftly moving river that show skillful steering of their canoe. The eyes help navigate your thoughts when you view a great photograph. So, if you must canoe, do it on a body of water, otherwise keep your camera angle low. Avoid those rivers of white and cropped irises when possible, especially on subjects with small eyes and keep it to a minimum on subjects with large eyes.

Rolando Gomez is a professional photographer and author of five photography books that has traveled to 45 countries for assignments. The former soldier and U.S. Army combat photographer has taught hundreds of photography workshops for almost two decades. A 2016, 2017 and 2018 Top Writer for Quora, his partial credits include Newsweek, Parade, Playboy, Rangefinder, Maxim, Rangefinder, New York Times, Stars & Stripes, and various other publications.
(Visited 196 times, 1 visits today)