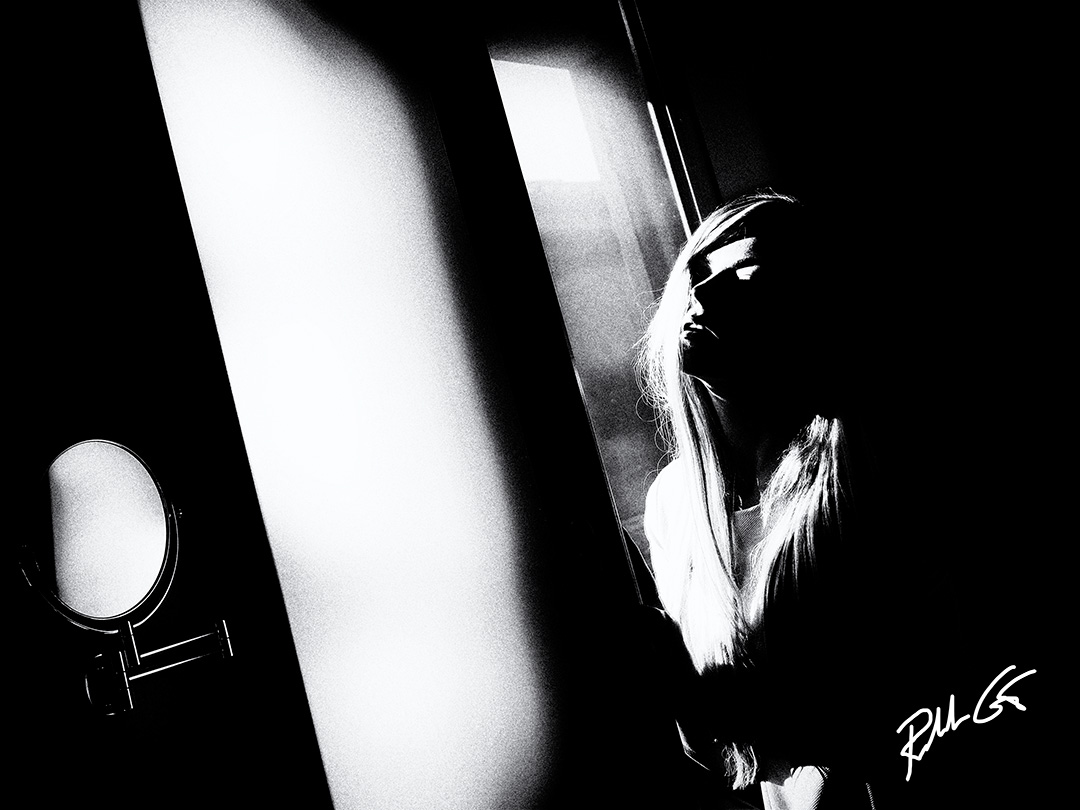 This photo uses a hybrid lighting combination of reverse, high-key and low-key lighting for dramatic impact. 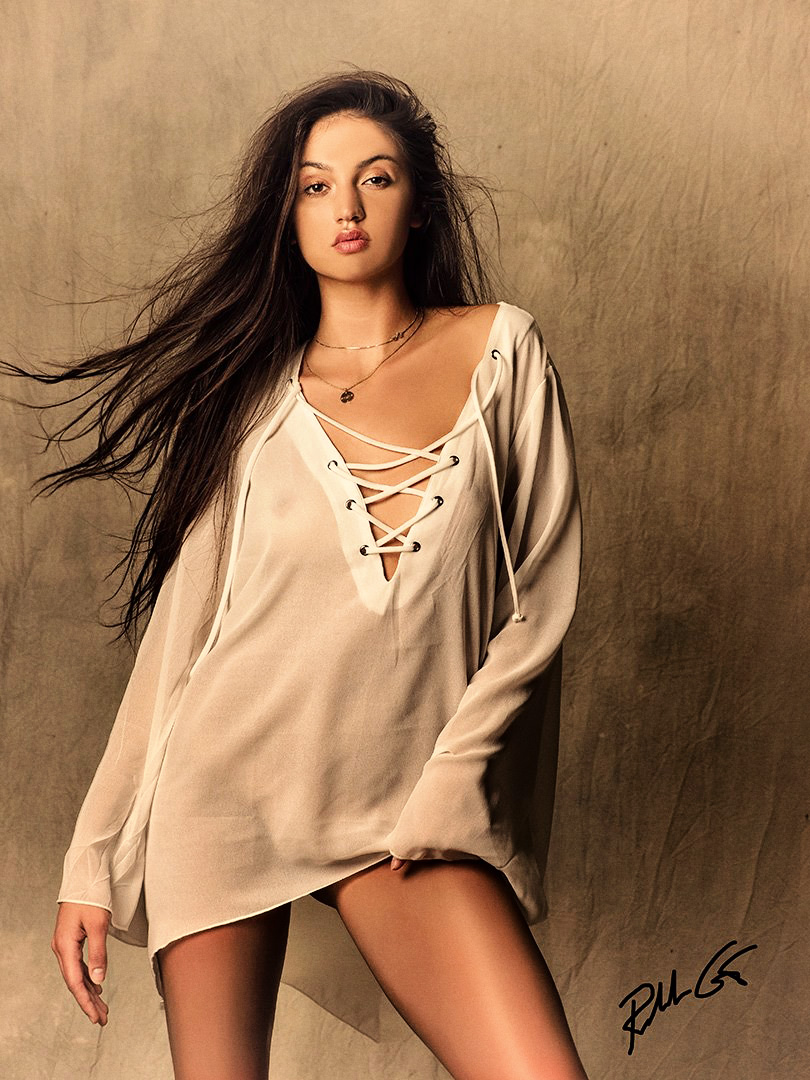 The photographer that doesn’t understand the roots of high-key lighting would not consider this as high-key, but it is, and some also call it hybrid lighting.

Early cinema photographers in Hollywood used what was termed as three-point lighting — three lights, one on the left, one in the center and another light on the right to reduce contrast on the set that allowed the subject to move around without having to stop and make costly, time consuming adjustments — known as even or flat lighting. Traditional high-key lighting reduced the time it took to film a Hollywood production like a sitcom, where dramatic lighting is not a requirement to establish the mood in a scene. Sitcoms are traditionally the biggest users of high-key lighting, thus why this type of lighting is often associated with joy, happiness and fun.

Over time Hollywood three-point lighting would evolve into the more flexible and cooler (as in heat temperature, not Kelvin light temperature) fluorescent style of lighting. This lighting was low in contrast, due to the light qualities of fluorescent tubes, thus hard shadows are eliminated. As lighting fixtures became more portable and lighter plus cooler to operate and handle, Hollywood began to add more lighting patterns to suit the demands of more sophisticated audiences. As more dramatic cinematic productions evolved, more complicated lighting scenarios in film and television production increased, especially those with larger operating budgets.

In the early days of still photography, high-key lighting was budget driven too, especially for early fashion photography clients with limited budgets. Photographers would use Hollywood, three-point lighting, with the center or key-light fitted with a large light modifier aimed at the subject and the left and right lights aimed at the background behind the subject. In essence, the subject is able to move to the right or left without the photographer having to stop to adjust the lights and exposure, and the lack of shadows allowed for a more expedient, less costly photography production. This was often called, “the circle of arc” shooting.

Because most of this fashion photography was shot with white backgrounds, high-key lighting became traditionally associated with white backgrounds, though this is not necessarily a requirement, as high-key lighting simply means using a key-light (main light) for the subject then injecting the background with light (background light) and filling the overall scene (fill light) in order to reduce contrast between darker and lighter areas in the overall photograph. 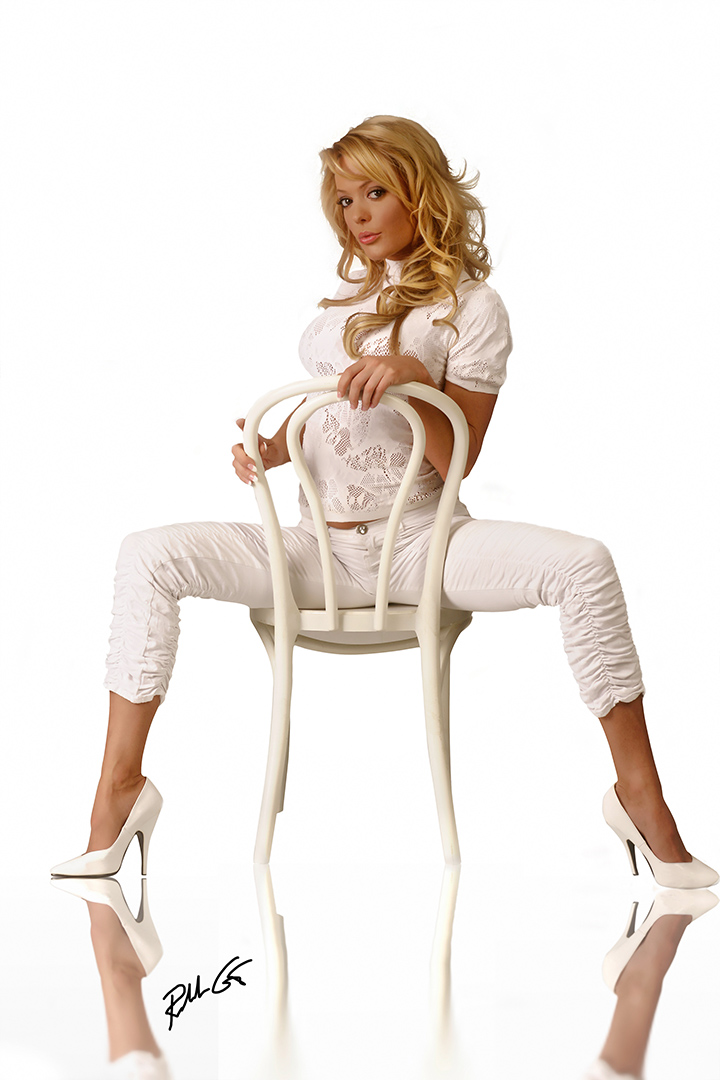 Today, this is known more as high-key lighting and when this photo was captured, we only used one large octabox to illuminate the model, not three lights, as the white background also reflects light.

Playboy was a great example, they originally evolved from low-contrast, simple two- or three-light setups in the 1970’s, but as their circulation increased, so did their budgets, as did their more dramatic lighting often used to photograph centerfolds. These more dramatic sets often involve 30 to 50 meticulously placed lights and now with their much lower budgets and circulation rates, their type of lighting is returning to the simpler light setups.

Rolando Gomez is a professional photographer and author of five photography books that has traveled to 45 countries for assignments. The former soldier and U.S. Army combat photographer has taught hundreds of photography workshops for almost two decades. A 2016, 2017 and 2018 Top Writer for Quora, his partial credits include Newsweek, Parade, Playboy, Rangefinder, Maxim, Rangefinder, New York Times, Stars & Stripes, and various other publications. You can find more of his work on AmericanoDream.com.
(Visited 429 times, 1 visits today)