Gain an Edge in Photography

The evolution of wedding, commercial, advertising, fashion and glamour photography now requires diversification to survive. Some of these genre photographers have added video and other offers for their clients, others look for ways to separate themselves from their competitors with strong images that often make statements. One technique is to apply photojournalism techniques to their existing photographic style. 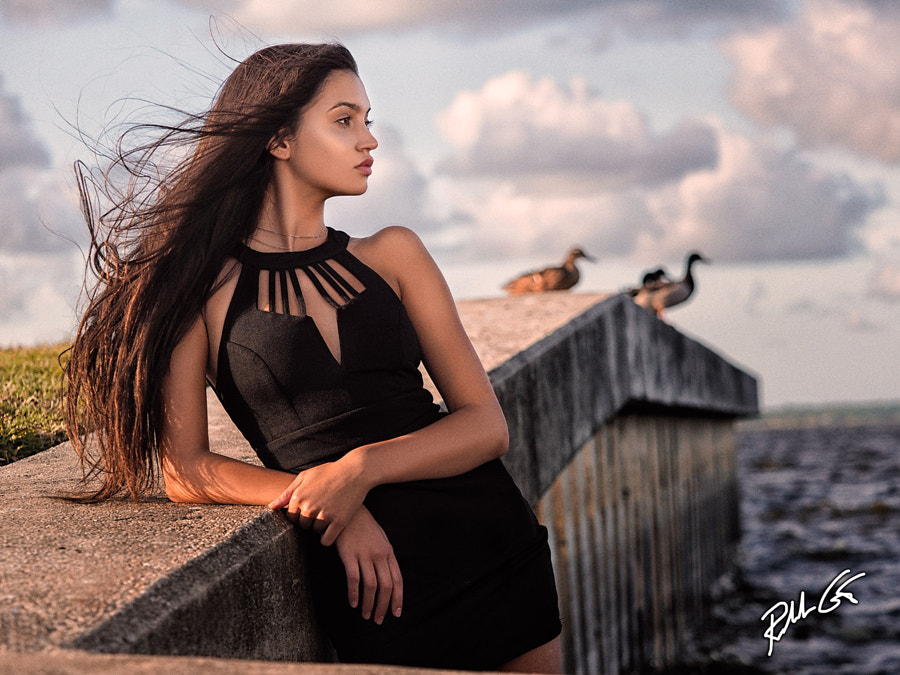 In this photo, juxtaposition is used between the model and the ducks.

Though many photographers don’t have a photojournalism background, but you can gain it simply with the first step, study photojournalistic photos. Look through your favorite news magazines and local newspapers. 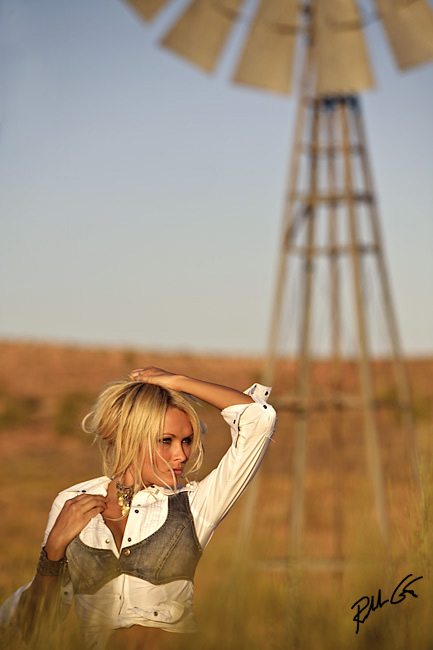 Notice the windmill is in juxtaposition to the model.

In photojournalism, this is easily applied by keeping the main camera lens focus on the subject while adding another subject, sign, or element that is slightly out of focus, but in the image frame. One example might be a close-up image of a diamond-ring, as in product photography, but in the background, slightly out of focus, is a jeweler sporting special magnification glasses and meticulously working on another ring clamped in a jeweler’s vise.

Still another term used in photojournalism is the picture story. While most images tell a story themselves, sometimes a series of photos tells the story better. Often picture stories include an image close-up of the hands in the series of photos, like the traditional wedding photo of a couple’s hands that display their new wedding rings.

Normally, I approach all my photography sessions like a picture story and previsualize various poses and scenarios to accomplish the intended images. For example, when working with models, I would include a full-length pose, a three-quarter pose cropped above the knees, bust-up shot, and a strong headshot.

Photojournalists are often called to provide environmental portraits of subjects that accompany a printed feature story. These are typically stories that are not spot news. Some are even called evergreen stories, stories that can run in a publication practically anytime of the year. Whether evergreen or dated, feature stories about people or certain individuals focus on what they do and normally include an environmental portrait of the subject, like a CEO of a major manufacturing corporation overseeing an assembly line. An environmental portrait of the subject is similar to a CEO’s photo in a corporate prospectus, though not just a typical head and shoulders portrait, but a photo that helps illustrate what that person does—in their environment.

A great example of an environmental portrait is an astronaut in their special space suit standing next to a space shuttle or a similar NASA space vehicle. Still another example is a NASCAR driver standing next to, or working on, their racecar. If a photo was of a tattoo artist holding their ink instruments in action, this environmental portrait could accompany a feature story on the history of tattoos or the process of a famous tattoo artist doing their craft on a client.

As a photographer in general, you should utilize photojournalism techniques to gain an advantage over other photographers. Wedding photographers are great examples when they capture an environmental portrait of the clergy performing the ceremony while capturing enough images to tell the picture story of the wedding event. This would also include a juxtaposed image of the groom removing the bride’s garter as the hopeful crowd of bachelors await in the background.

Regardless, if an image is an environmental portrait, a series of photos for a picture story, or just a juxtaposed image of two elements, photojournalists are trained to get the shot in any situation and to keep their eyes open while constantly looking for ways to tell stories through their images. In many genres of photography, like wedding, commercial, advertising, fashion and glamour, these skills are invaluable and well worth fostering as they will provide the photographer with that edge over their competitors by simply understanding a few photojournalistic terms and techniques.

Rolando Gomez is a professional photographer and author of five photography books that has traveled to 45 countries for assignments. The former soldier and U.S. Army combat photographer has taught hundreds of photography workshops for almost two decades. A 2016, 2017 and 2018 Top Writer for Quora, his partial credits include Newsweek, Parade, Playboy, Rangefinder, Maxim, Rangefinder, New York Times, Stars & Stripes, and various other publications. You can find more of his work on AmericanoDream.com.
(Visited 262 times, 1 visits today)