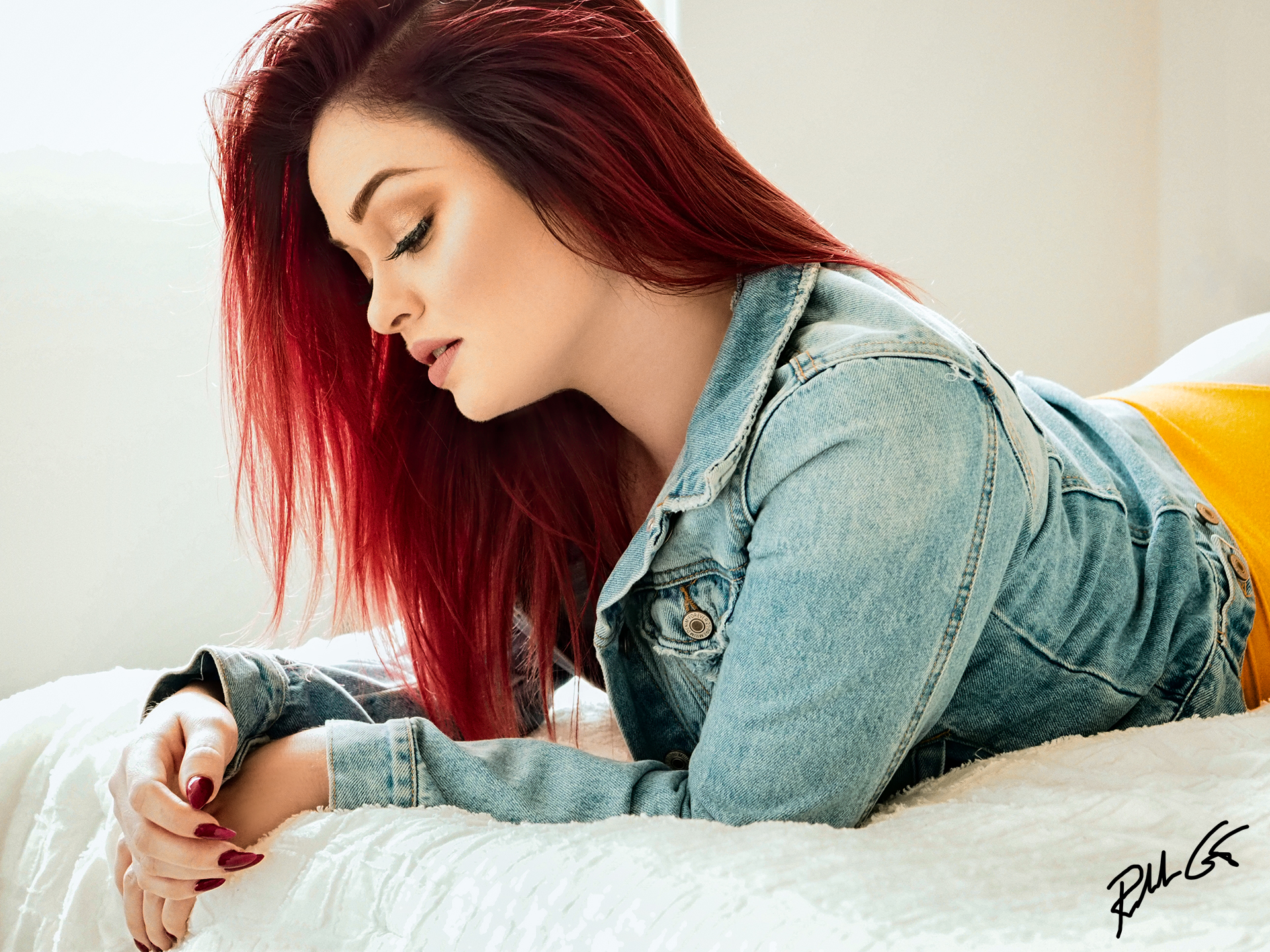 In this photo, the downward eyes add mood and emotion to the model’s pose.

A great model, especially an experienced model, knows how powerful the position of their eyes and hands can play in an image and will use this technique to strengthen their poses as it’s not always just about the body, but the message the body sends throughout the entire image. Sometimes this includes when a model intentionally closes her eyes. Closed eyes? Of course, it works and if it’s captured in a photo the right way, a photo editor will take that second look.

One of the most famous movies that starred Nicole Kidman and Tom Cruise, co-written by Stanley Kubrick, Eyes Wide Shut, broadcasts eroticism, mystery, plus drama and focuses on the psychology of the mind and how it functions, especially through the eyes. At one point in the plot the movie uses masks to hide the faces of the characters, but the eyes are never covered as they’re used to relay subtext through those scenes. 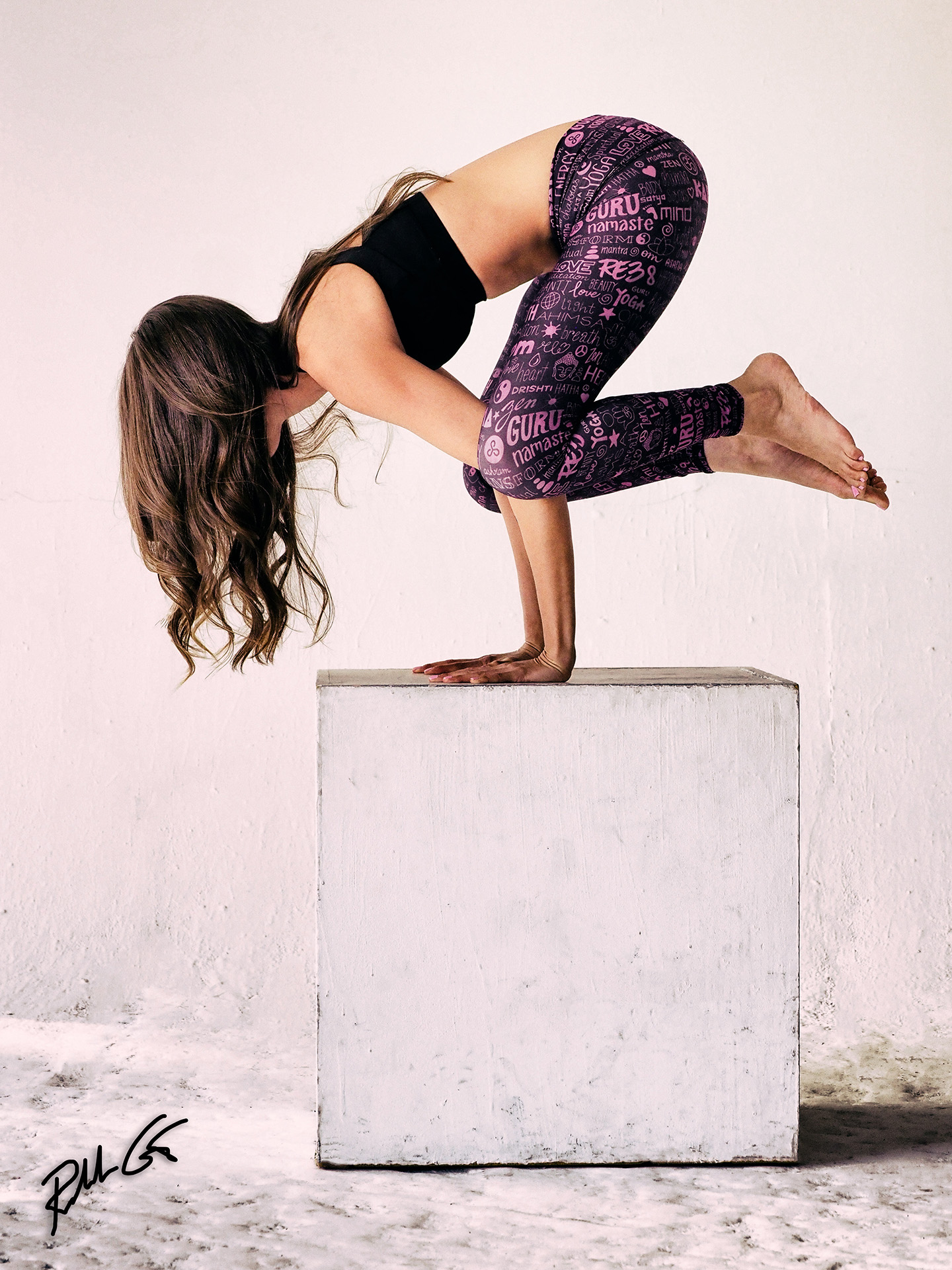 Here you don’t see the eyes, but you see the subtext of strength created by the model’s hands and arms.

Wikipedia states that subtext “is not announced explicitly by the characters or author but is implicit or becomes something understood by the observer of the work as the production unfolds” and photographers can do this with their photography too, through the eyes and hands of their subjects.

Let’s start with the eyes first. When you combine closed eyes with an arched neck, the subtext sent through this pose can imply eroticism, sensuality, or even pain, something not so easily conveyed through eyes wide open. Then when you add a hand on the neck, you multiply the message of subtext from the entire pose, and in some cases, this can irk artistic controversy.

A great model that knows how to “talk with her eyes” benefits any photographer especially when the model can cast out looks of interest that convey sensuality, sexiness, sultriness, and seduction, the four S’s often found in glamour photography. Any of those S’s conveyed through the eyes or in combination with the eyes along with the pose itself can relay that type of mood.

Now let’s go back to the hands. Earlier I gave an example of a subject with their eyes shut and the power of the subject’s hand when moved onto an arched neck. If we continued with that pose, especially if the model lies on her back, then add a hand near the waistline, both hands now double the sensual feeling implied by the closed eyes and arched neck.

One of the most cliché images and model pose happens when a model puts one hand on one side of her face and her other hand on the other side of her face, one hand higher than the other, and it almost looks like both hands want to talk to each other. A variation of this is one hand under the chin and her other hand closer to the forehead. There are other versions, but all these poses involve both hands and how they surround the face without blocking the eyes.

Yes, we’re back to the eyes again, after all, Eyes Wide Shut received great reviews though Kubrick died six days after showing it to Warner Bros. making it the final film he directed. He was a “demanding perfectionist” and knew well the importance of the eyes and hands when it came to filmmaking plus subtext as a producer, director, cinemaphotographer and screenwriter. 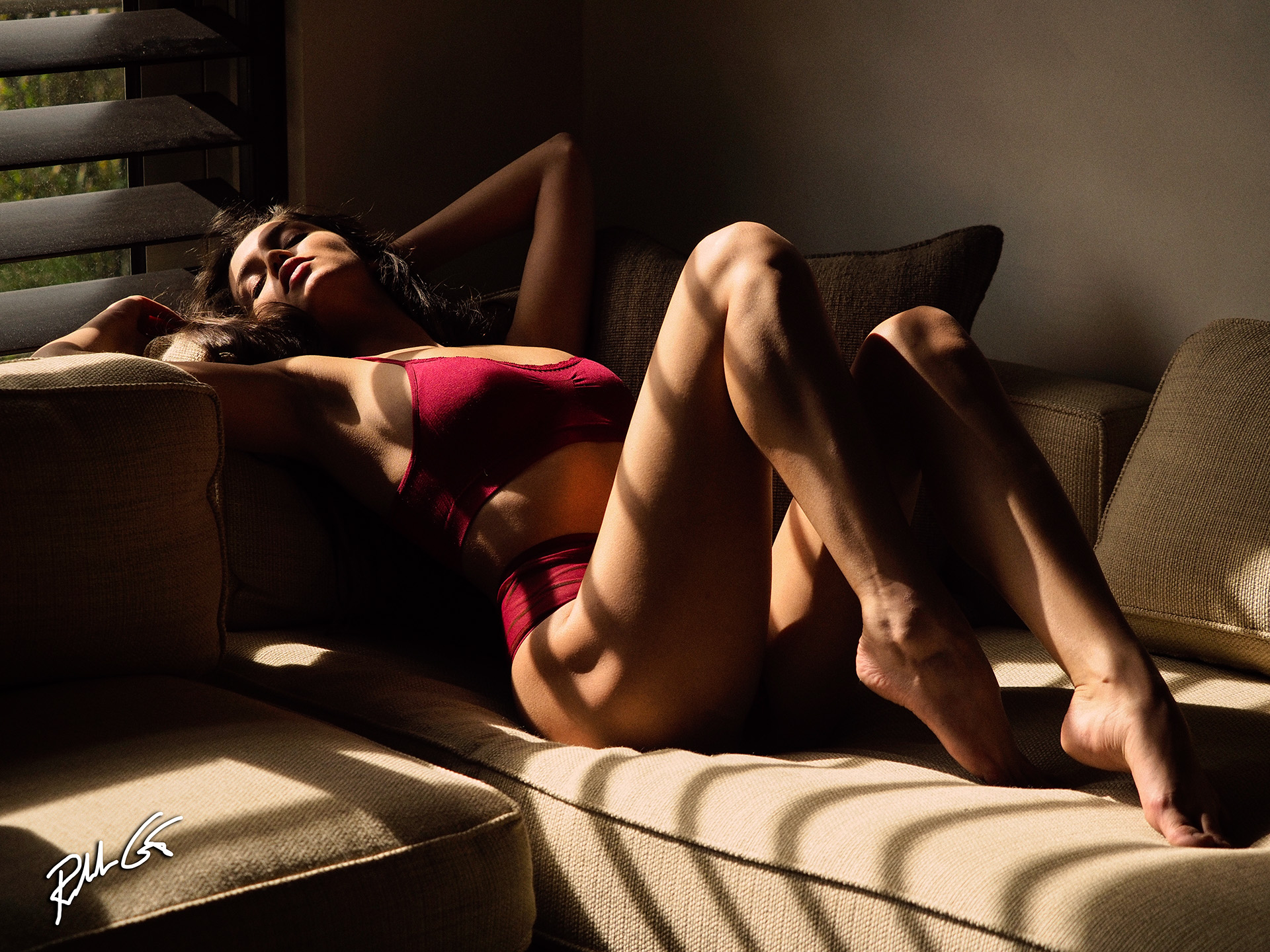 Notice here how the eyes and hands create subtext in photos to include mood and emotion through the model’s pose combined with the natural window light and shutter shadows. .

Rolando Gomez is a professional photographer and author of five photography books that has traveled to 45 countries for assignments. The former soldier and U.S. Army combat photographer has taught hundreds of photography workshops for almost two decades. A 2016, 2017 and 2018 Top Writer for Quora, his partial credits include Newsweek, Parade, Playboy, Rangefinder, Maxim, Rangefinder, New York Times, Stars & Stripes, and various other publications.
(Visited 209 times, 1 visits today)