If you Google “conceptual photography” you’ll find many views on the genre itself. It’s like no one agrees on specifics, though you’ll find some common points, like, “It all starts with imagination” or, “It’s a type of fine art photography.”Ultimately, I define it as it a type of photography that illustrates an idea conceived by one or more people. 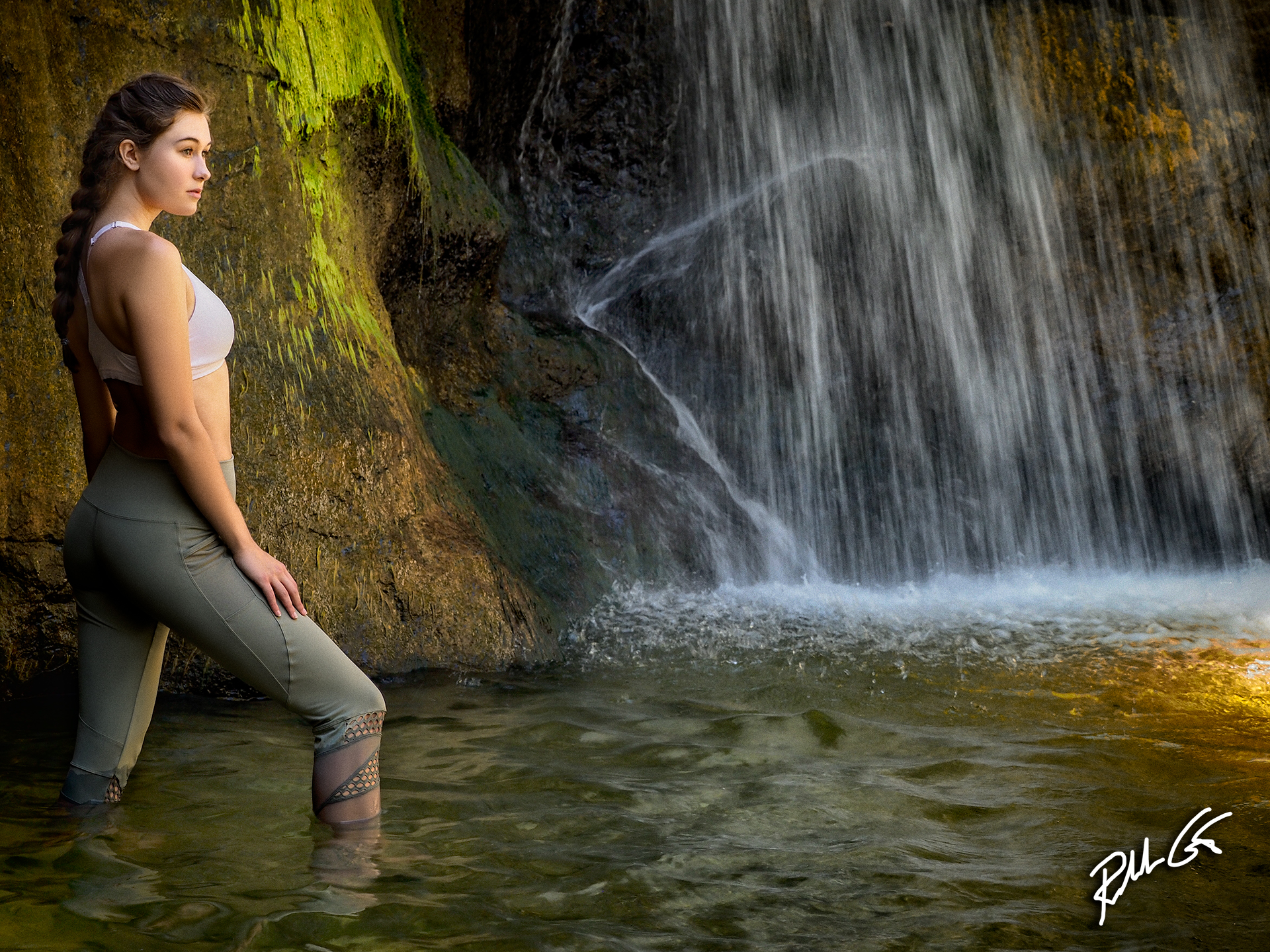 The model wanted fitness photos but instead of a gym, outdoors. She selected her outfit and we selected the location as a team. 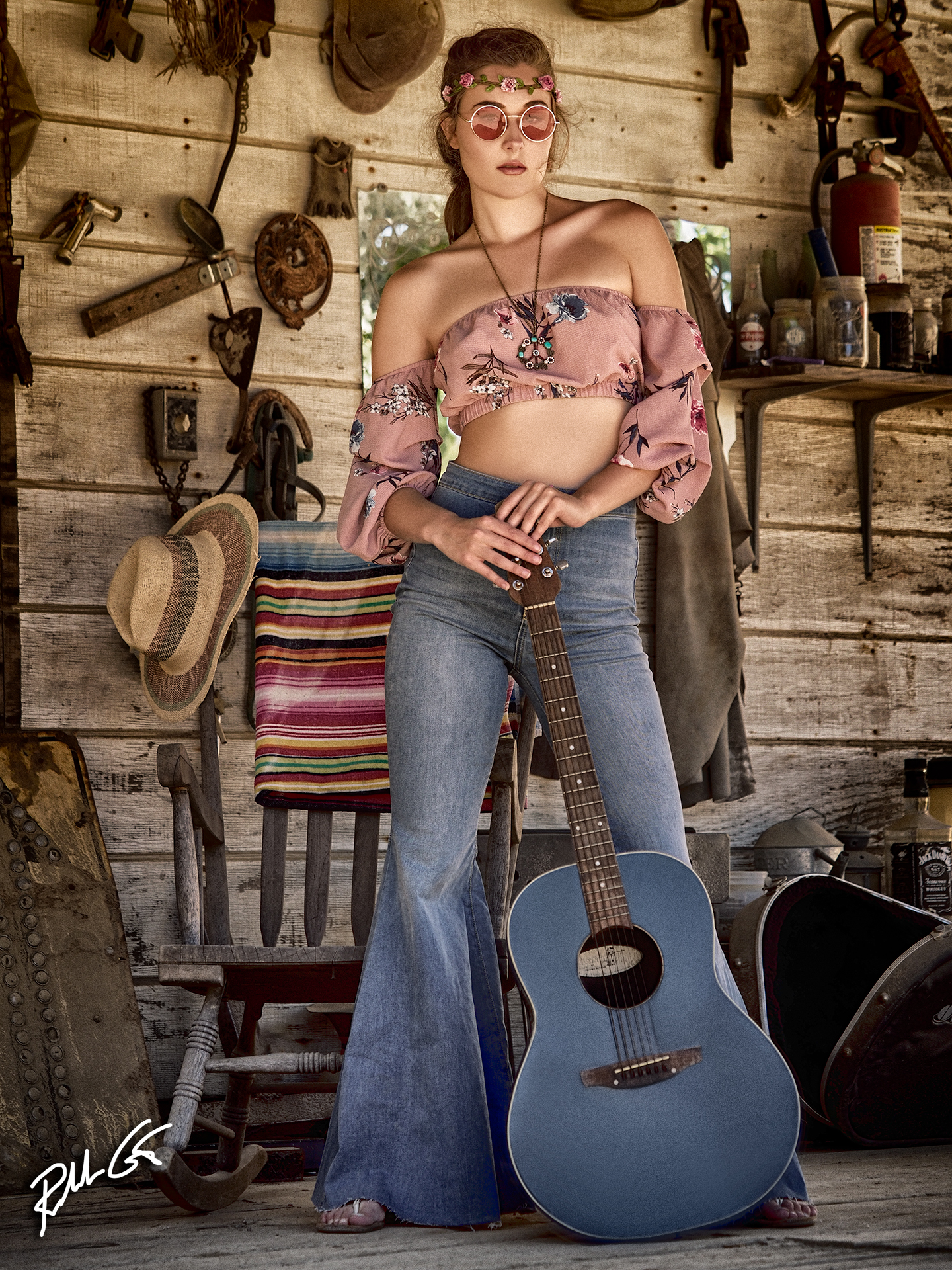 The model wanted a “hippie” photo and she purchased her outfit to match the vibe. The location helped us create a conceptual photography image.

Though there is one main difference between the two genres. In editorial photography, especially photojournalism where the photos accompany text for publication, there are strict ethics to follow, including no image manipulation and the delivery of the truth as witnessed. In conceptional photography, you can manipulate the image to your liking—it’s your concept, your idea and often a manipulation of the truth or reality.

Confused? Maybe this will help, in Wikipedia under conceptional photography you’ll find the following: “As a methodology conceptual photography is a type of photography that is staged to represent an idea. The ‘concept’ is both preconceived and, if successful, understandable in the completed image.”

When I read that on Wikipedia I keyed in on two words, “staged” and “preconceived.” Photojournalists are forbidden to stage photos but encouraged to “previsualize” or preconceive what they hope to capture as this creates a starting point in their photography. In fact, the greatest photographers, whether photojournalists or not, usually previsualize what they’d like to capture at least a day or more before their photo shoot.

Why is this important to you as a photographer? Because whether you’re a photojournalist or not, when you start with a preconceived idea, or concept, you’ve set a goal to achieve with your photography. Besides, when you start from scratch with no ideas or concepts, you’ll spend a lot of time looking rather than shooting and depending on your location, this could cost you that “great light” that changes with time.

For example, one the best times to photograph a model outdoors happens at the golden hour and you’ve got only one hour at the most to capture your photos. An amateur photographer will tell a model, “C’mon, let’s go shoot it’s the golden hour” and when they arrive at the location they’re clueless on what they want to achieve. This unpreparedness leads to less photos to choose from, most mediocre in quality, and wasted time in beautiful light. 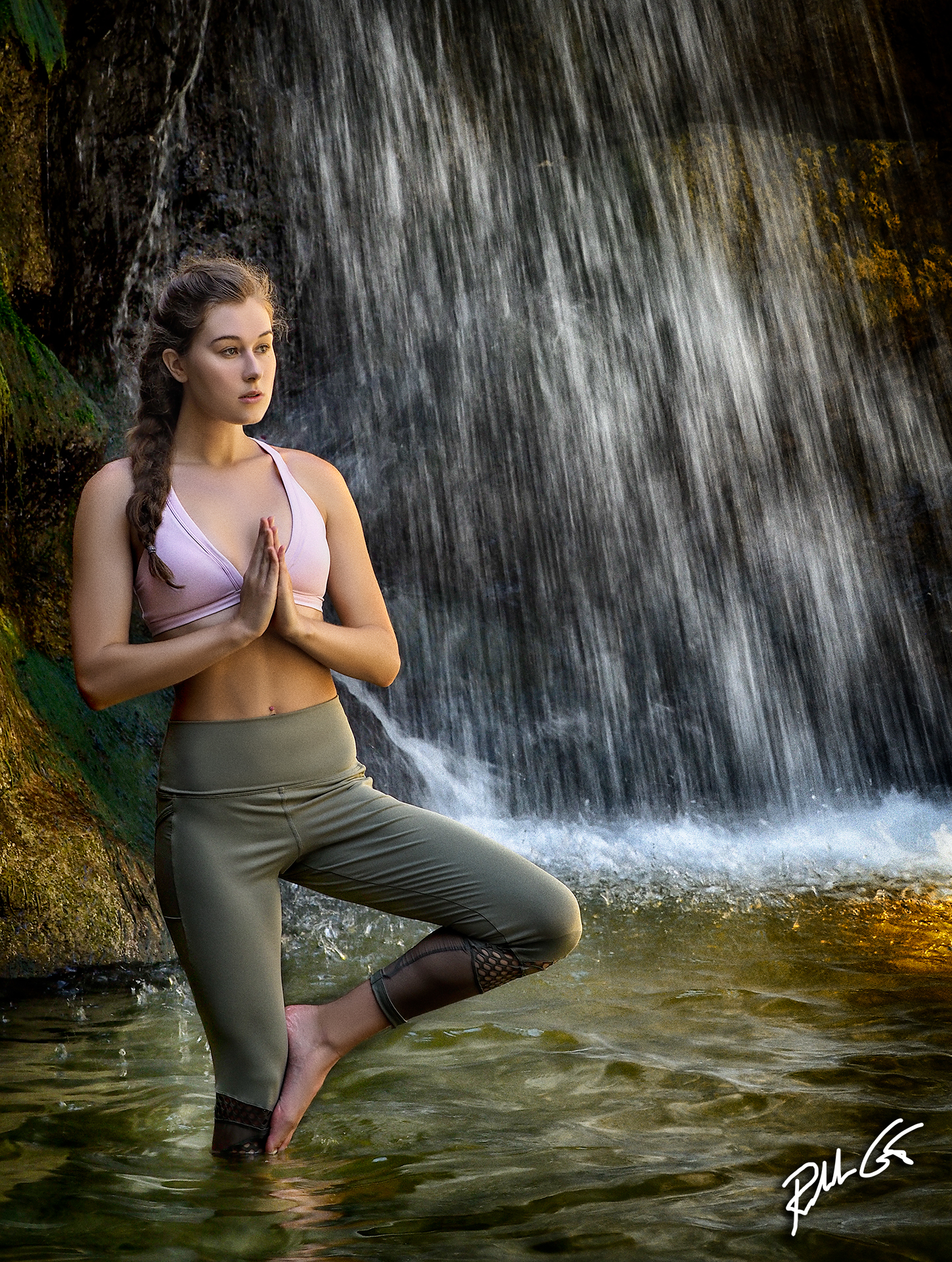 Again, her concept was fitness, plus a yoga flavor too.

Whereas a professional photographer would say something like, “Let’s come up with some ideas and capture them during the golden hour at XX location.” And that discussion happens at least a day if not days or even weeks before arrival to that location. When you follow this method the both of you are not only prepared, but you’ll capture more images and more than not, capture some great photographs too, instead of mediocre photos.

I always say there is a story behind ever great image and in my photography, that story usually starts with how my subject and I came up with the idea. I’ll also ask my models to give me ideas to focus on or to come up with concepts they’d like to accomplish or have in their portfolios. A lot of my models find their ideas on Pinterest and will show me screen captures of what they like. Every photographer, especially photographers of people, should ask their models or subjects to provide ideas.

Though the definition of conceptional photography varies from person to person at times, it all starts with imagination of one or more people. Ultimately, it should start with you the photographer first unless you’re working for a publication and the photo editor assigns you an editorial photography assignment. Even then, you should previsualize what you hope to capture with your camera, after all the main idea is to capture great photographs, not mediocre photos.

Anyone can take photos, but not everyone can capture great photographs. There is a difference and when you start with an idea or concept, you’ll find and see that difference, conceptual photography and all photography alike. Now, start thinking about your next great photo and don’t hesitate to ask your model or subject for their own ideas, before the photo shoot.

Rolando Gomez is a professional photographer and author of five photography books that has traveled to 45 countries for assignments. The former soldier and U.S. Army combat photographer has taught hundreds of photography workshops for almost two decades. A 2016, 2017 and 2018 Top Writer for Quora, his partial credits include Newsweek, Parade, Playboy, Rangefinder, Maxim, Rangefinder, New York Times, Stars & Stripes, and various other publications.
(Visited 267 times, 1 visits today)