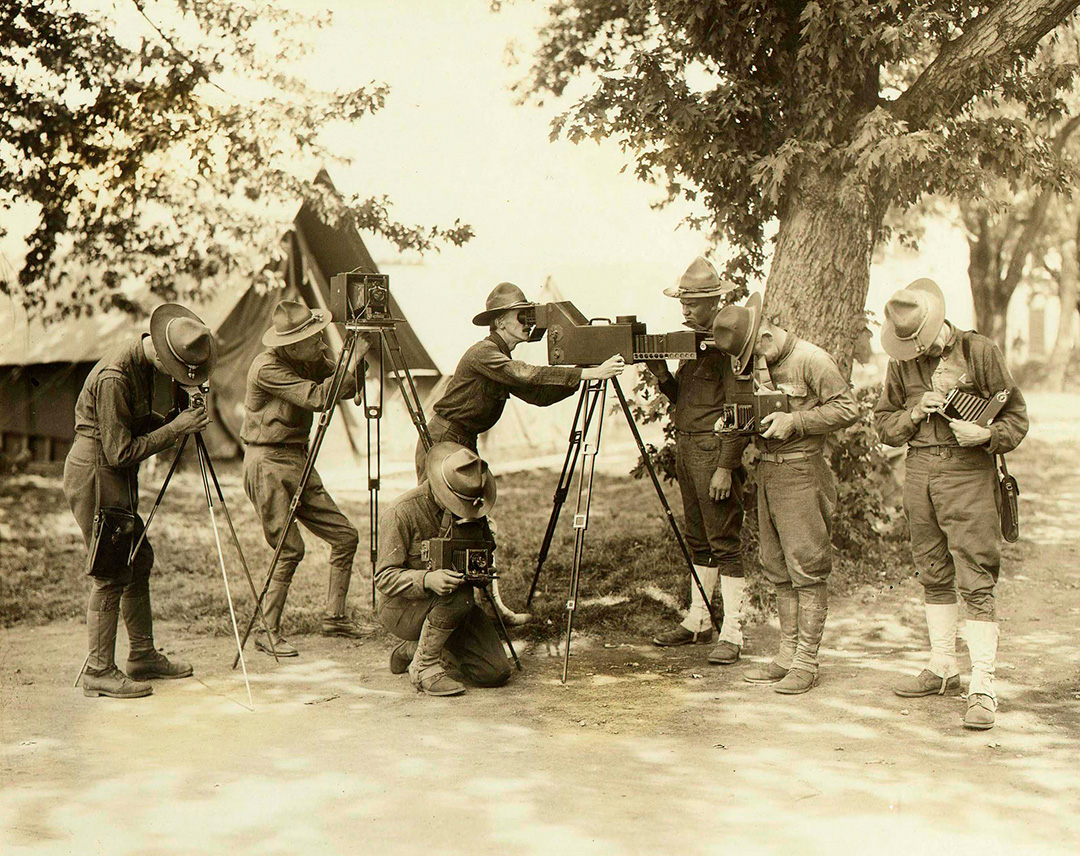 This photo from the national archives of military photographers, captured in 1916, demonstrates how much photography has evolved into the new technology of mirrorless digital cameras.

No mirrors! DSLR’s have two mirrors unlike film cameras, which have one mirror, and mirrorless cameras and smart phones that have no mirrors. Two mirrors in your camera add costs plus bulkier weight with all the mechanisms it takes to make them work. One mirror, like it’s father film camera is the one found in front of the sensor or image area, the other mirror is used for focusing, more on that further down.

You look like an amateur! Right now, as mirrorless is just catching on like fire, if you go to a location like say the San Antonio River Walk or Arches National Park in Utah, besides a permit, you need at least a $2 million dollar on location insurance policy, plus a Park Ranger escort, etc., if you look like a professional photographer. The funny thing, with a mirrorless camera, I look like an amateur and no one bothers me. I’ve even seen pro photographers walk by and snicker at “my little camera” because it comes closer to looking like a point-and-shoot than a DSLR. Let them laugh because I get the last laugh. 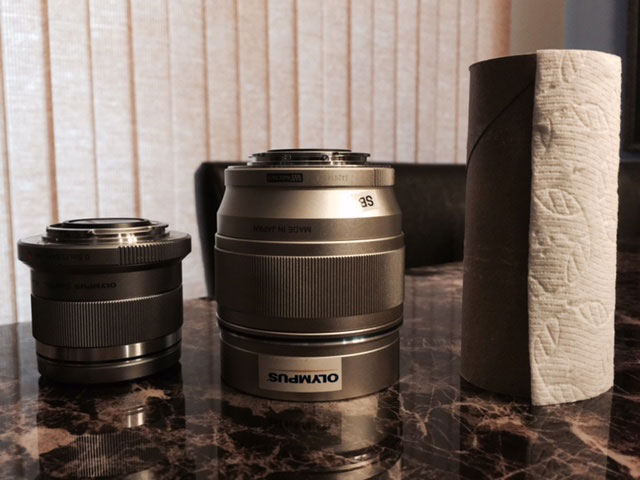 Lens selection! The mirrorless micro four-thirds systems use a lens mount that allows you to use any four-thirds lens on the camera whether the camera is an Olympus or Panasonic. The lenses are interchangeable on both brands, plus for the four-thirds system other lens manufacturers include Carl Zeiss, Scheinder, Tamron, Sigma, Voigtländer, Rokinon and Leica just to name the more major manufacturers, there are other off brands too. While other manufacturers make lenses for DSLR’s too, nothing like the focal length combinations found for mirrorless. 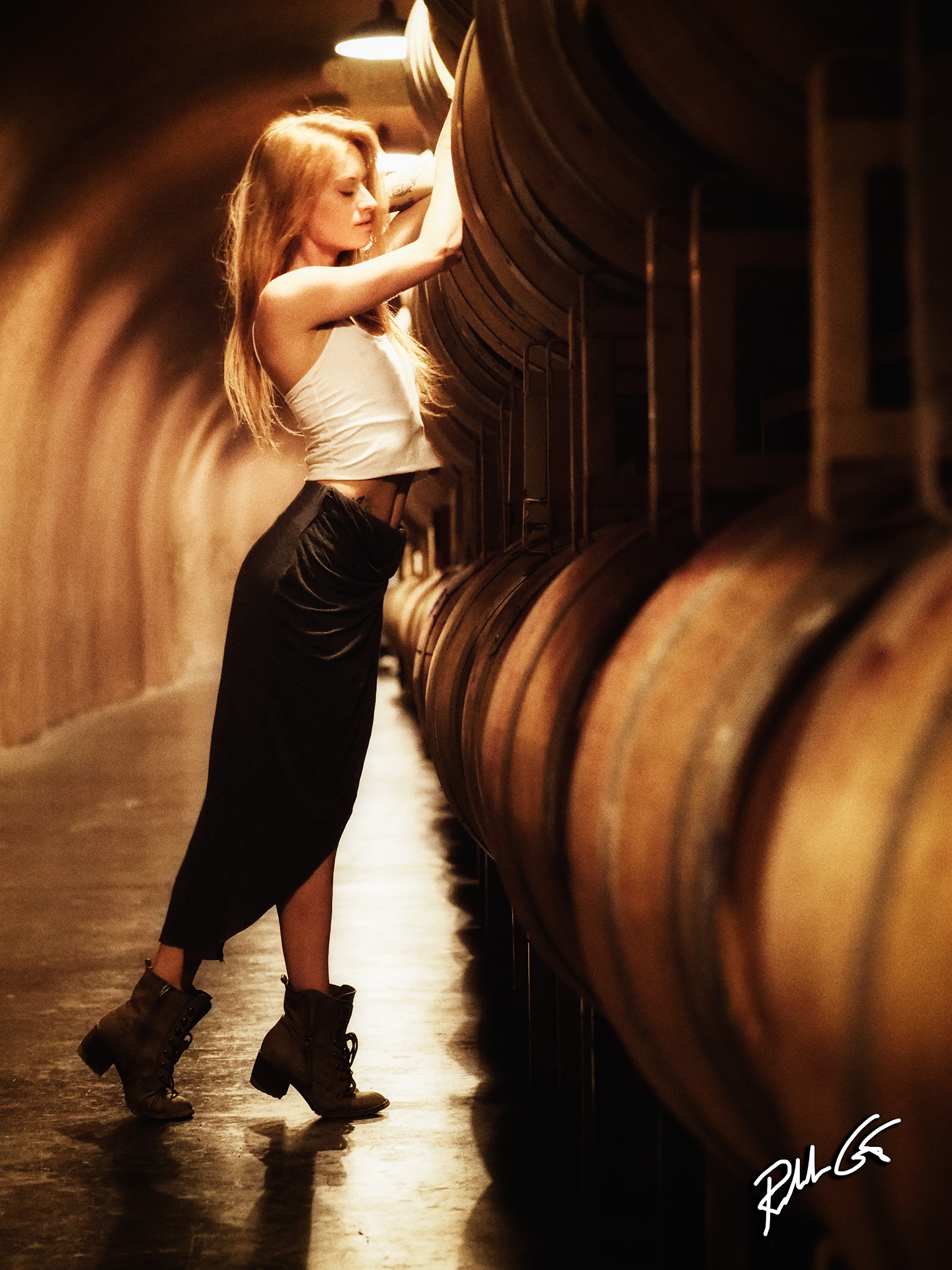 This photo was captured at one of my recent Sonoma/Napa photography workshops in very low-light conditions and was captured as seen in the viewfinder.

As an example, you can get an Olympus “body cap” 9mm fisheye lens for $88 or the Olympus body cap 15mm lens for $49! Both lenses are a fixed F/8 though you can find regular fisheye and wide-angle lens with variable F/stops for a slightly higher price.

With the adapters, like Metabones, you can also use your full-frame DSLR lens on the micro-four thirds mirrorless cameras. In some cases, you will gain a full F/stop because of this, thus making your DSLR lens work better than on its intended original full-frame body.

WYSIWYG! While some DSLR’s offer a “live view” mode, many don’t so that’s why we made this number six. Mirrorless cameras use an electronic, live view viewfinder (EVF) not an optical viewfinder (OVF) found on most DSLRs and this results in what you see, is what you get. In typical DSLR photography you don’t see what you get, you have to “chimp” and check the LCD preview screen to verify the image and the histogram.

Face recognition eye focus tracking! I love this feature on my mirrorless digital camera, the ability to track the face and the actual eye of your subject while slightly depressing the shutter to grab your focus. On a camera like the Olympus E-M1 Mark II, you can also set the preferences for either the right eye, left eye, or as I have mine set, the eye closest to the lens. Basically, the focusing grid is green and once it locks on to the subject’s eye, the grid turns white letting you know it’s locked on.

What is great about this feature, as long as you’re locked on, you or your subject or both of you can move and the focus stays dead on that one eye. I can attest that this facial recognition focus tracking is by far better than what I’ve ever experienced with any DSLR system while a subject is moving. Yes, most DSLR’s have focus tracking and some even face recognition but not eye-locking.

Vibration! No mirrors in mirrorless digital cameras mean no camera vibrations caused by moving mirrors and their parts. This lack of camera vibration makes the camera silent and allows you to handhold your camera at lower shutter speeds than with DSLR’s. If you go with a longer focal length lens in any camera, all vibrations are magnified and that’s why the old rule, “Set Your Shutter Speed to at Least Your Focal Length” applies more to DSLR’s than mirrorless cameras. 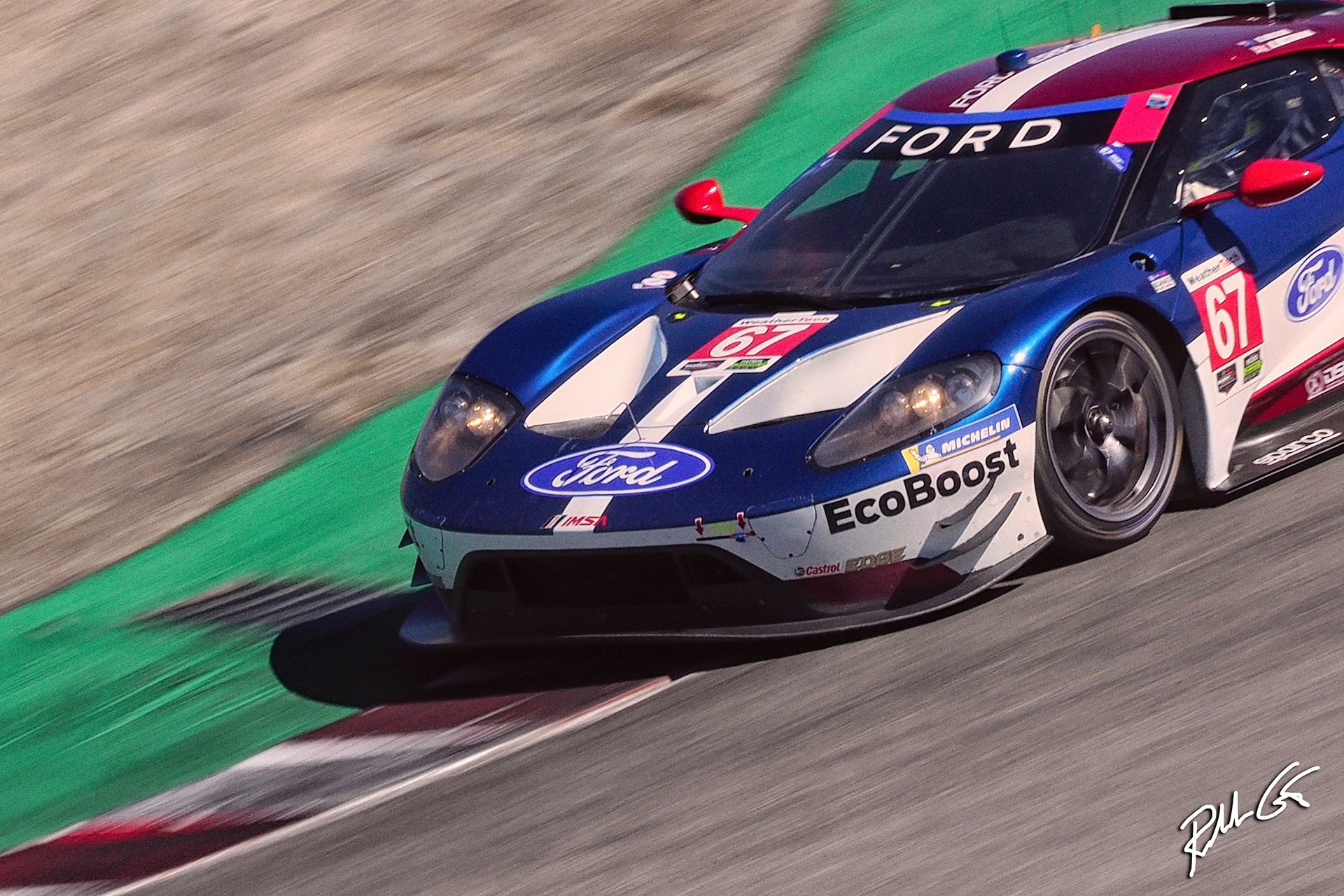 This photo captured with my mirrorless digital camera system of a race car traveling over 100 mph.

Price! Mirrorless digital cameras on average, plus their lenses, weigh not only about a half to a third of their DSLR counterparts, but their prices are similar too, at least half if not a third of the price. A nice mid- to upper-level DSLR system with three lenses plus on-camera flash will run from $10,000 to $15,000 whereas a comparable mirrorless system will only cost about $4,000 to $5,000.

A great example on a serious price difference is when Olympus introduced their M. Zuiko ED 40-150mm F2.8 PRO weather proof lens which in DSLR terms becomes an 80-300mm F/2.8 lens and not only is it lighter than any pro 300 F/2.8 lens, it’s naturally image stabilized on the Olympus EM-1 Mark II and their other mirrorless bodies. 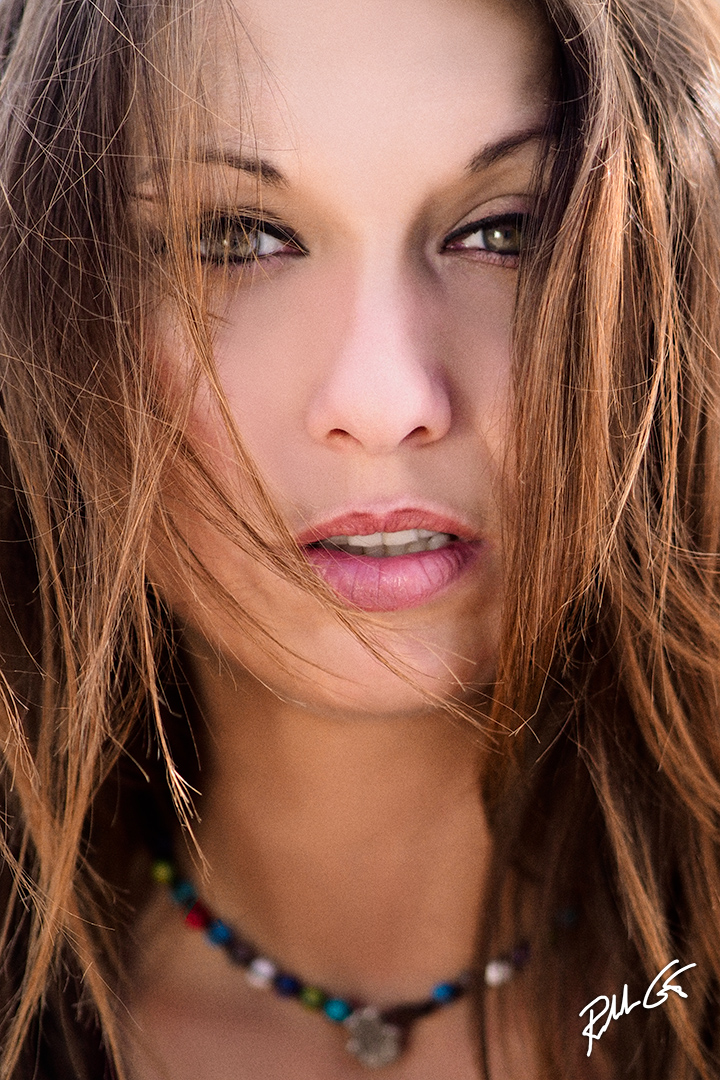 This is an enlarged portion, about 1/2 of the original image, to demonstrate the detail captured by a mirrorless digital camera system.

Dust! When a DSLR’s shutter is released, the mirror swooshes up creating a whirlwind affair in the camera sensor compartment that increases the possibility of dust dropping on the image sensor at the wrong time. There are no mirrors in a mirrorless system to create any swooshing dust activity in the camera sensor cavity area. If something rises, like the mirror in a DSLR or SLR for that matter, something has to come down.

Every time you open your camera to replace lenses you increase the possibility for dust to enter the sensor chamber, especially if you’ve been actively using your camera where the sensor is now heated, and ion charged. Yes, this dust attraction can happen with mirrorless digital cameras too, but my Olympus has an instant sensor cleaning mode each time I turn the camera on.

Focusing! As discussed in the reason number ten above, DSLR’s have two mirrors. One is used for focusing and this is the main reason DSLR manufacturers tell you the sharpest focus point is in the center of the frame. Mirrorless digital cameras have no focusing mirror, the focusing is done on the sensor itself.

There you have it, my ten reasons why mirrorless digital cameras kick butt when it comes to DSLR’s. Panasonic, with a little help from Leica, plus Olympus were the first to really push for mirrorless technology, especially the four-thirds systems and then Sony and Fuji jumped in on the bandwagon followed finally Nikon and Canon.

Rolando Gomez is a professional photographer and author of five photography books that has traveled to 45 countries for assignments. The former soldier and U.S. Army combat photographer has taught hundreds of photography workshops for almost two decades. A 2016, 2017 and 2018 Top Writer for Quora, his partial credits include Newsweek, Parade, Playboy, Rangefinder, Maxim, Rangefinder, New York Times, Stars & Stripes, and various other publications.
(Visited 277 times, 1 visits today)